How to Make an ALIEN Facehugger from Rubber Bands - Nerdist

How to Make an ALIEN Facehugger from Rubber Bands

The xenomorph in the original Alien is terrifying, as is the queen mother in Aliens. But for our money, the most disturbing creature in the entire franchise is the facehugger. Sorry, but having a weird, fleshy insect/octopus thing strapped to your face laying eggs in your throat is more nightmare inducing than anything else. So, of course people are obsessed with it! That’s why so many folks have been making their own Alien facehugger masks that are screen accurate.

But if you can’t afford one of those screen-accurate facehuggers, now there’s a way to create one on a budget. Thanks to Laughing Squid we’ve learned about DIY creator and YouTuber Yang Ausherman of  Tofugami. She posted an amazing video tutorial showing how to create the perfect Alien facehugger mask, using only a bunch of rubber bands you can get at your local 99 Cents Only store. All you need is a lot of patience, and you can make one just as cool looking. You can watch the full video tutorial above. 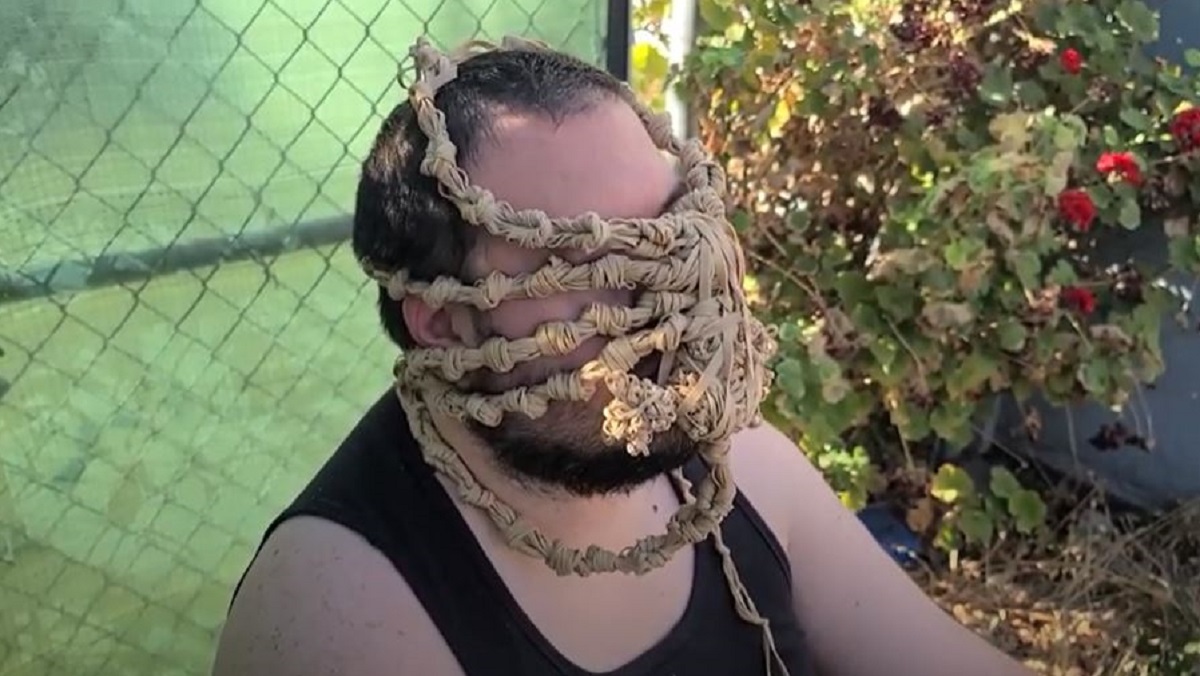 The whole endeavor began when Yang’s husband Shawn issued a challenge for her to make the rubber band mask for him as part of his Halloween costume this year. We’re going to venture a guess and say that Shawn was playing William Hurt’s Nostromo crew member from the original film. Yang accepted this challenge, and totally came through with her incredible creation. This is a facehugger mask is truly worthy of planet LV-426.

Yang has a lot of other nifty DIY videos on her YouTube channel, including a three part video showing how to make a wonderfully creepy arachnid bracelet out of rubber bands. But hands down, we think the coolest one by far is this facehugger. Now, let’s see if Yang can make a whole full grown xenomorph out of rubber bands. We kid, we kid. Unless she wants to, in which case we are very here to see that.

To see more of Yang’s work, be sure to head on over to the Tofugami YouTube channel.