There’s nothing good about COVID-19, but at least some very talented people have used social distancing time to recreate classic films and television shows for our enjoyment. One family produced their own version of The Simpsons opening credits. A father/daughter duo gave us their take on Beetlejuice‘s “Day-O” dinner scene. And one dedicated woman made hilarious solo versions of famous cinematic musical numbers, including a track from Beauty and the Beast. But in quarantine no one can hear you scream. Except for this group of friends who made their very own low-budget Alien.

But a lack of funds didn’t stop them from having both a Xenomorph and their very own Jonesy the cat.

The latest low-budget remake from the YouTube channel Cardboard Movie Co. (which we first heard about at io9) is Ridley Scott’s iconic 1979 sci-fi horror film. A lack of money and a VFX department didn’t prevent them from making something fantastic. This five minute version looks great, from the costumes to the sets and props. And it includes some of the most famous scenes and aliens, including a facehugger, the monster that burst through Kane’s chest, and a full-sized Xenomporh.

Plus, they have their very own Jonesy. 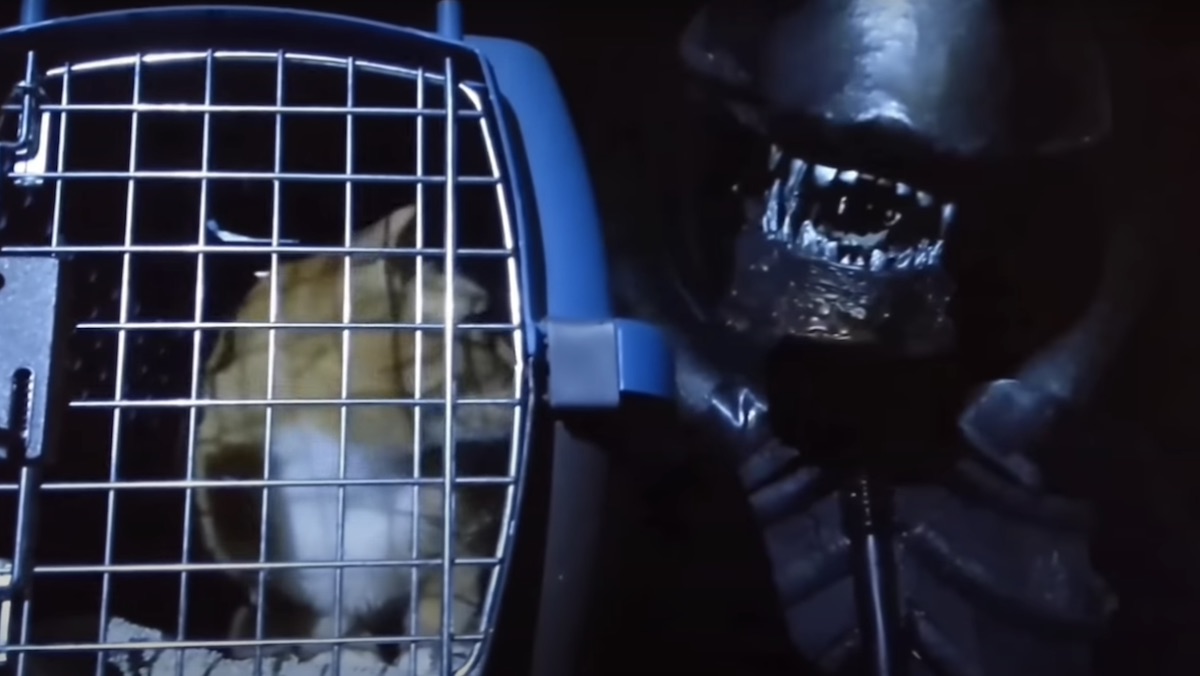 Of all the movies for people to try and recreate on their own, Alien might seem like one of the least likely. Yet this is just the latest fantastic low-budget rendition. Students at a New Jersey high school did their very own stage production of the film last year. It was so good Ridley Scott gave the show his approval and Sigourney Weaver herself surprised the cast to watch a performance.

Both low-budget versions prove that people are incredibly creative no matter what they are given to work with. And they also prove Alien is really freaking scary in space, a movie theater, or home during quarantine.