Alex Ross’ “Echoes Of Shazam!” Pays Tribute to Every Captain Marvel Ever (Exclusive)

Shazam, the original Captain Marvel, hit popular culture like a bolt of lightning in 1940. He  became a national icon. He inspired many imitators, and several other characters went on to use the name Captain Marvel. That includes the MCU’s current champion Carol Danvers.

And now, one of the comic book medium’s most renowned artists is paying tribute to the original Captain Marvel and everything he inspired. Alex Ross helped define the character in modern times in comics like Kingdom Come and Shazam! Power of Hope. We’re excited to exclusively share this stunning illustration (click to enlarge) titled “Echoes of Shazam!”: 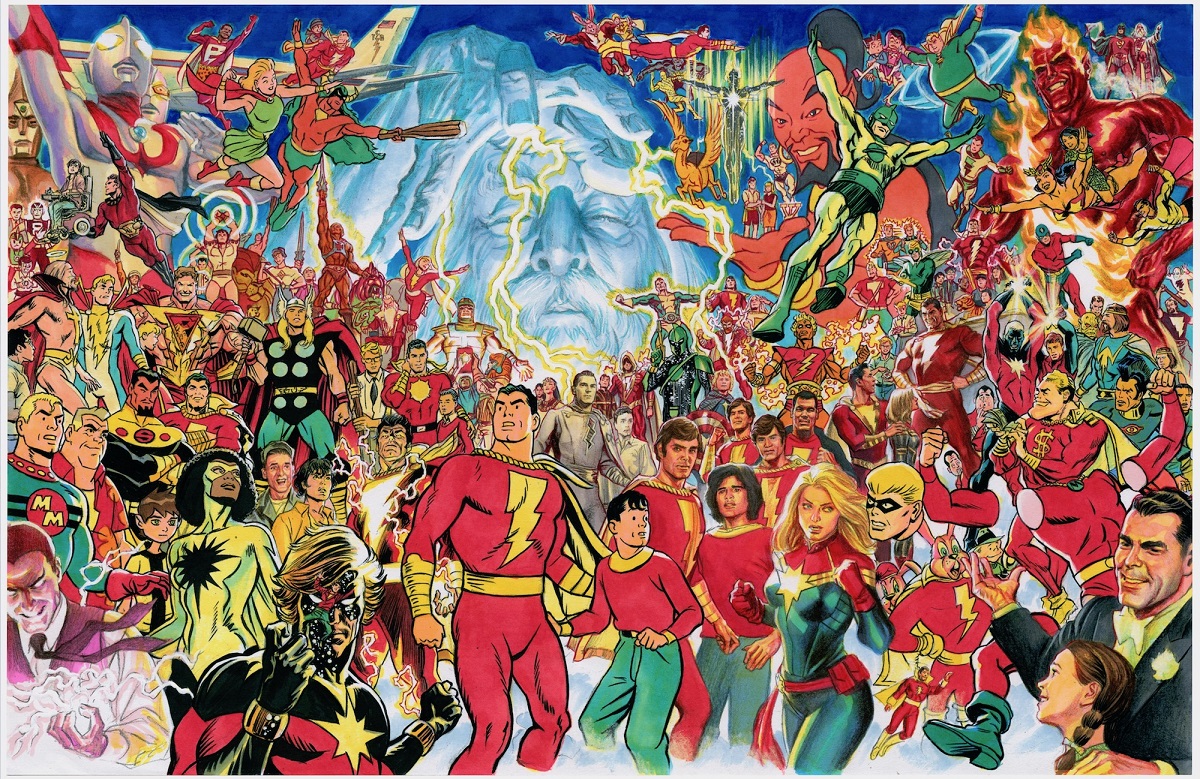 In this illustration, Ross offers his definitive take on the cultural impact of the character. Ross’ painting goes beyond the comic book universe to trace the influence of Shazam! on a broader pop culture scale, depicting over 100 characters from comics, movies, and television:

Ross said in a statement, “In some ways, when you see superheroes brought to life, adapted through actors and costumes, you need to embrace a certain amount of fantasy — escaping the boundaries of our reality. You need some bright colors, you need some flight of fancy. So it’s always a tough challenge to try to interpret a character in a way that makes everyone happy.”

Not only does this piece feature every character to be named “Captain Marvel,” regardless of publisher, it also features characters heavily influenced by him, including Thor, He-Man, Ultraman, and even Elvis Presley’s jet! Elvis had a serious collection of Captain Marvel Jr. comics on display Graceland. Captain Marvel Jr. being a spin-off character from the original DC Universe Captain Marvel, who later became Shazam. Along with this painting, Ross shared this process sketch showing his initial pencil work for the piece: 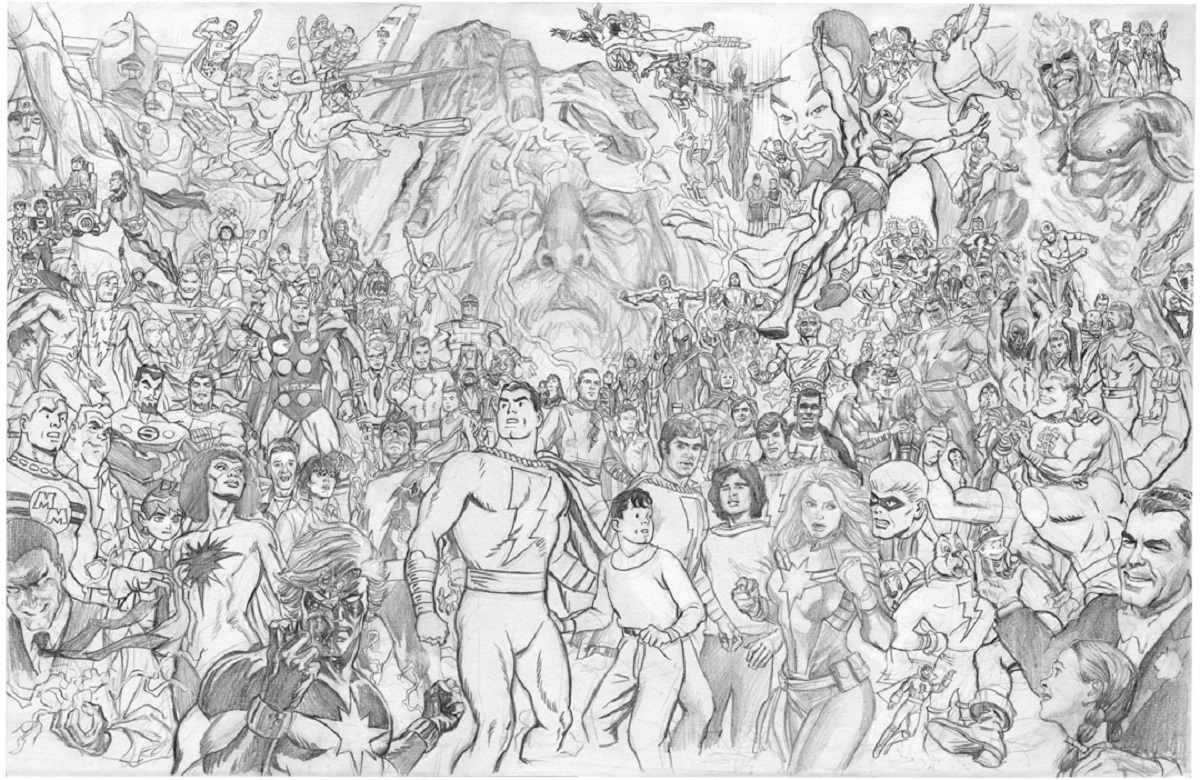 Ross’ art shows how important Billy Batson was not only to comics, but to pop culture overall. His legacy culminated in both the original Captain Marvel and the most current one both having movies opening within a month of one another! What are the odds? You can check out more of Ross’ amazing illustrations at AlexRossArt.com.