No one has changed the face of modern comics more than writer Alan Moore. The man is responsible for classics like Watchmen, Swamp Thing, The League of Extraordinary Gentlemen, V for Vendetta, The Killing Joke, From Hell, and countless others. He is pretty much the definition of a “living legend” in the medium of comic books.

But in recent years, Alan Moore has been moving further away from telling stories in graphic novel format. He’s now written (and is starring in) a film by director Mitch Jenkins called The Show. The film is playing one night only in theaters, on August 26th. And you can view the first clip of this sure-to-be wild ride right here. And yes, that is Alan Moore himself looking a lot like ’80s McDonald’s TV ad icon Mac Tonight.

The darkly playful film stars Tom Burke (Mank, War & Peace), Siobhan Hewlett (Sherlock), Ellie Bamber (Nocturnal Animals), Sheila Atim (The Underground Railroad), Christopher Fairbank (Pirates of the Caribbean, The Fifth Element) and Alan Moore himself. The author famously dabbles in magic in real life, so it’s fitting that he’s playing a magical-looking character. You can read the official description for The Show, and check out the film’s poster, down below. 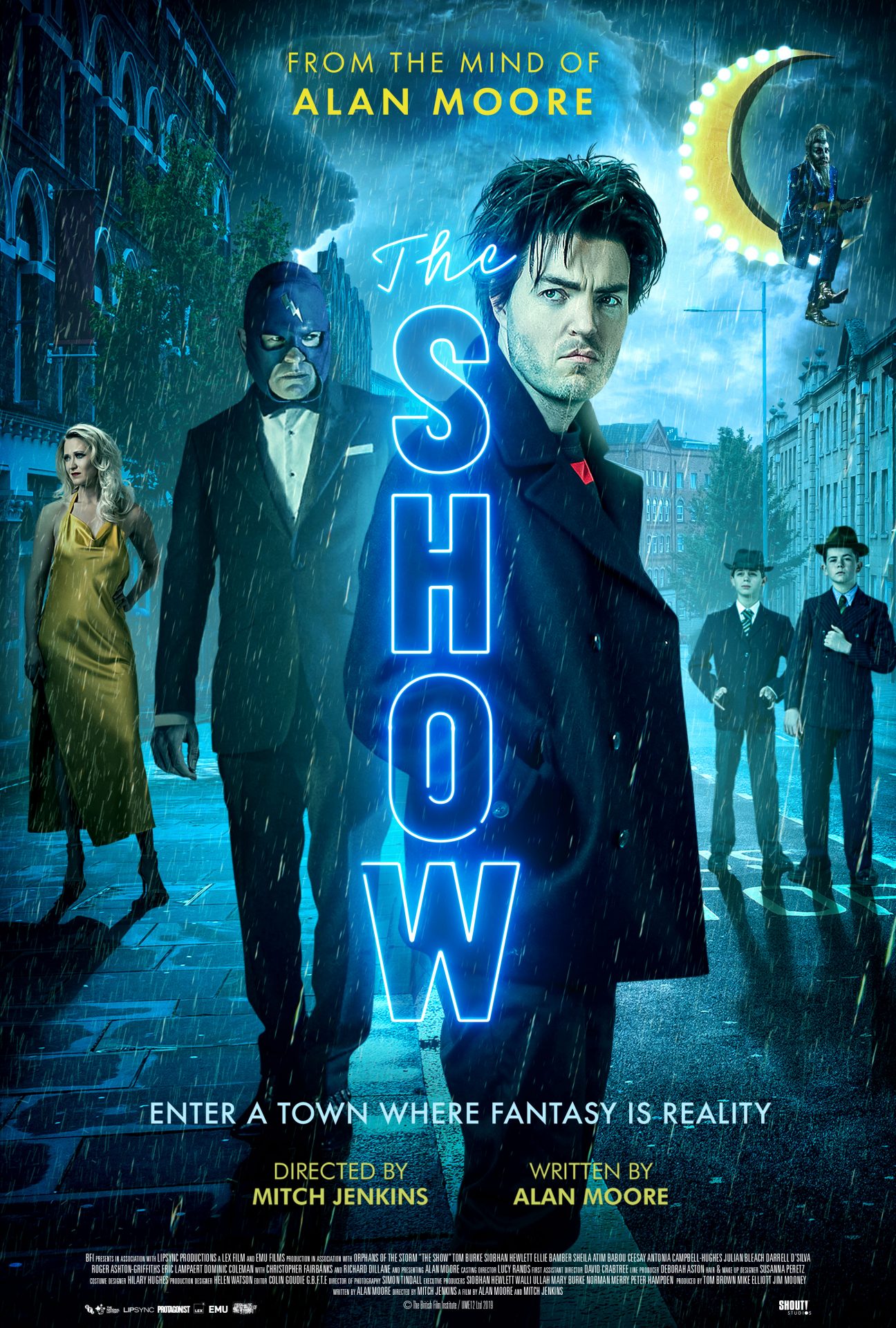 “Fletcher Dennis (Burke), a man of many talents, passports, and identities, arrives in Northampton. A strange and haunted town in the heart of England, one as dangerous as he is. On a mission to locate a stolen artifact for his menacing client, he finds himself entangled in a twilight world populated with vampires, sleeping beauties, Voodoo gangsters, noir private eyes, and masked avengers. He quickly sinks into a bizarre and delirious black hole. One hidden just beneath the surface of this seemingly quiet town. Soon enough, Fletcher discovers that dreams and reality have been blurred. And there might no longer be a real world to go back to. Welcome to The Show.”

Tickets for The Show are available now at www.FathomEvents.com.