Alan Moore’s imagination is a place we want to visit. It must be a splendid, fascinating place, because it gave us some of the greatest graphic novels of all time: Watchmen, V for Vendetta, The League of Extraordinary Gentlemen. Now, he’s giving us another peek inside his head with the new movie The Show, for which he wrote the script. There’s a new trailer for the film, which comes to us via Empire Magazine, and holy moly does this thing look trippy, dizzying, and mystical. In other words, it’s so perfectly Alan Moore. Take a look.

The trailer doesn’t give us much in the way of plot, but luckily its description contains an official synopsis that sheds some more light on what it is we’re seeing here.

“Fletcher Dennis (Tom Burke), a man of many talents, passports, and identities, arrives in Northampton—a strange and haunted town in the heart of England, as dangerous as he is. On a mission to locate a stolen artefact for his menacing client, Fletcher finds himself entangled in a twilight world populated with vampires, sleeping beauties, Voodoo gangsters, noir private eyes, and masked avengers. He quickly sinks into a bizarre and delirious black hole, that is hidden just beneath the surface of this seemingly quiet town. Soon enough Fletcher discovers that dreams and reality have been blurred and there might no longer be a real world to go back to… Welcome to The Show.”

And yes, that is Alan Moore in the trailer. Covered in glitter and wearing a moon suit. We’d expect nothing less. 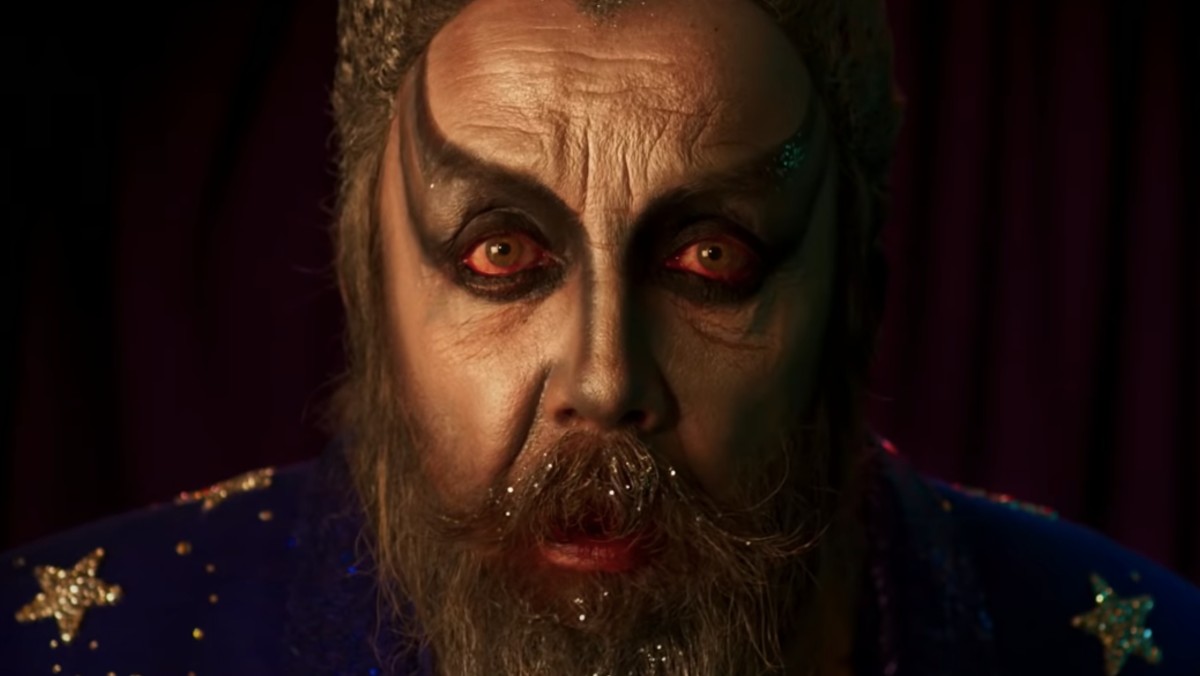 The Show is the continuation of a series of shorts that Moore also penned, under the title Show Pieces. This is the first time Moore has written an original feature film screenplay, although a number of his comic projects have been adapted by other creators. Often to Moore’s chagrin. But this project is different. It looks anti-establishment in a way that the best Moore work is, and it was made for the screen. Therefore, it’s straight from Moore’s head to the camera.

The Show will premiere at the Sitges Film Festival on October 12.