We’re not sure anyone loves movie props more than Adam Savage. He doesn’t just love them. He’s fond of building his own screen-accurate replicas too. Recently though he got to do more than just hold a famous movie item. He got to engage in a cinematic excavation. And he might have helped unearth the secrets behind an original stunt pack from  The Rocketeer.

Savage’s latest video at  Tested brought him to London’s Prop Store. He was there to get an up-close look at a famous piece of movie history. The store has an original stunt pack, the kind used when filming stunts (hence the name) made for the beloved 1991 film starring Billy Campbell as the Rocketeer. Savage said he never thought he’d get the chance to see one. Having the opportunity to be near a stunt pack, let alone hold one, would be more than enough for a movie prop aficionado. But he got to explore the piece even further.

The faux jetpack has a unique design. It’s unlike anything Savage has seen in similar movie props. And it’s definitely not something you’d see in the polished “hero pack” version designed to be on full display in the film. This stunt pack has a heavy steel frame with fiberglass inside. Along with a pipe down at the bottom. 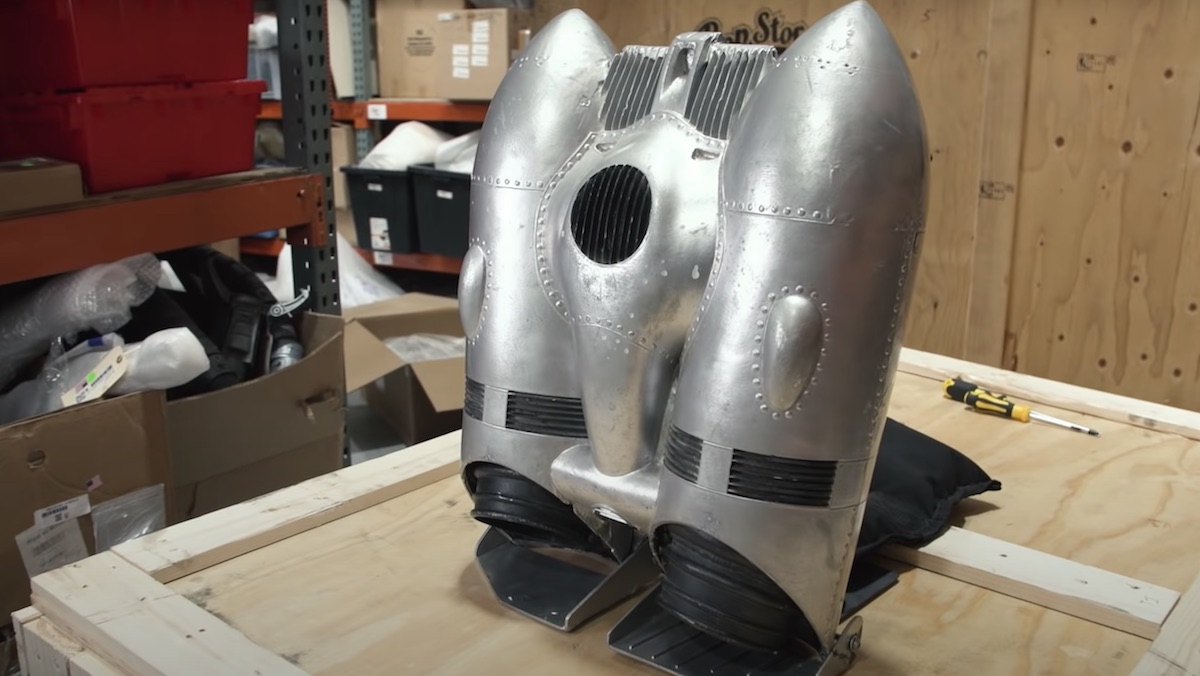 The stunt pack wouldn’t have those elements if they didn’t serve a purpose. The question though is what purpose did they serve? After Savage and the Prop Store’s Brandon Alinger worked through some possibilities, they seemed to find the most logical answer. This wasn’t a matter of securing a stuntman to a plane. Or even an issue of keeping the piece from melting. This stunt pack was made to be launched, making it look like the Rocketeer really did just that.

Adam Savage has built his own Rocketeer jetpack. But excavating an original one sounds like a movie prop lover’s dream come true.