THE ROCKETEER Deserved So Much Better - Nerdist

THE ROCKETEER Deserved So Much Better

In the post- Tim Burton’s Batman days of the early ‘90s, it seemed like studios everywhere were searching for their own comic book heroes to send to the big screen. Most of those ended up being characters from or set in the 1930s for some reason. Dick Tracy, The Shadow, The Phantom…old studio heads loved themselves some pulp comics, I guess. Those movies are fun enough. But in 1991, we got a movie that seemed tailor made for continued adventures. Full of heart, humor, and Nazi-punching action, we’re of course talking about The Rocketeer.

Despite some good reviews, The Rocketeer was a box office bomb. But as the movie’s 30th anniversary approaches, now we must give it its heroic due. We’re here to explain why it holds up, and why it absolutely deserved better. 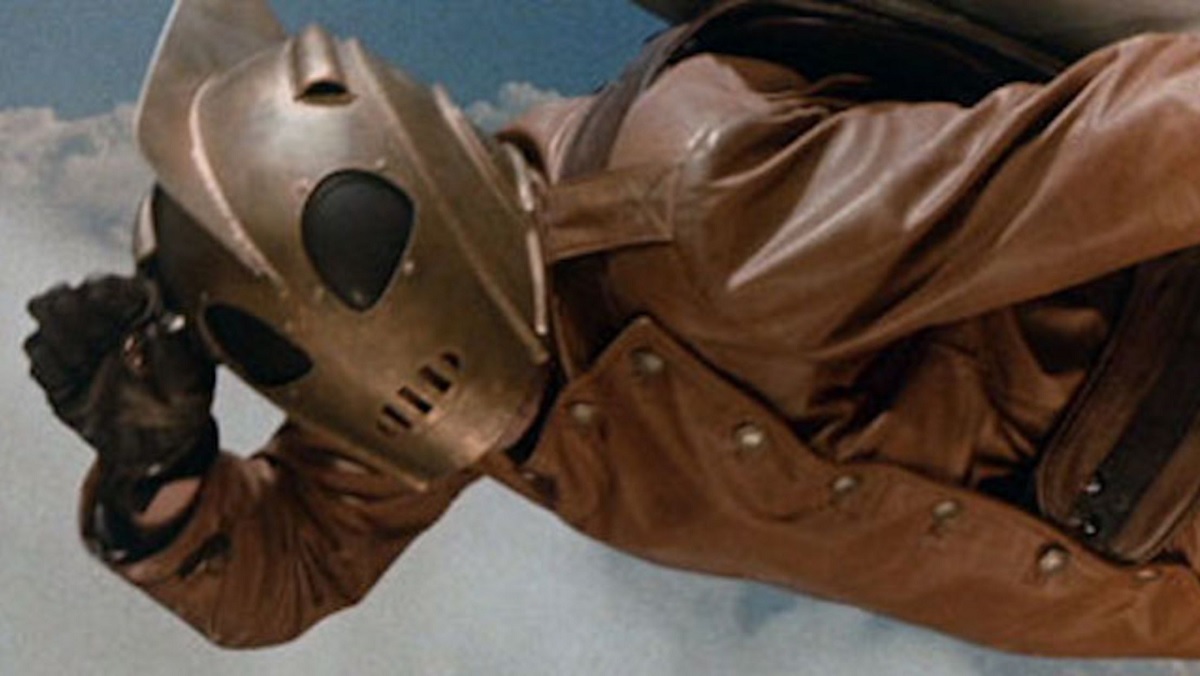 The Rocketeer began as a comic series in 1982 by author-artist Dave Stevens as an homage to 1930s adventure serials. Kinda like Indiana Jones. In fact, The Rocketeer’s director Joe Johnston worked as a VFX artist and art director for the first two Indy movies. Disney had initially wanted to set the movie in contemporary times; Johnston and co correctly argued to keep it in the ‘30s. Pure genius. The time period of pre-WWII Hollywood jumps off the screen in The Rocketeer.

Just like the comics, the movie places its hero, stunt pilot Cliff Secord, played by Billy Campbell, at the center of a much larger plot. It’s a complicated one, too; involving Tommy gun-toting gangsters, experimental science, and the actual worst villains in modern history, the Nazis. People liked Indiana Jones—they ought to have loved The Rocketeer. 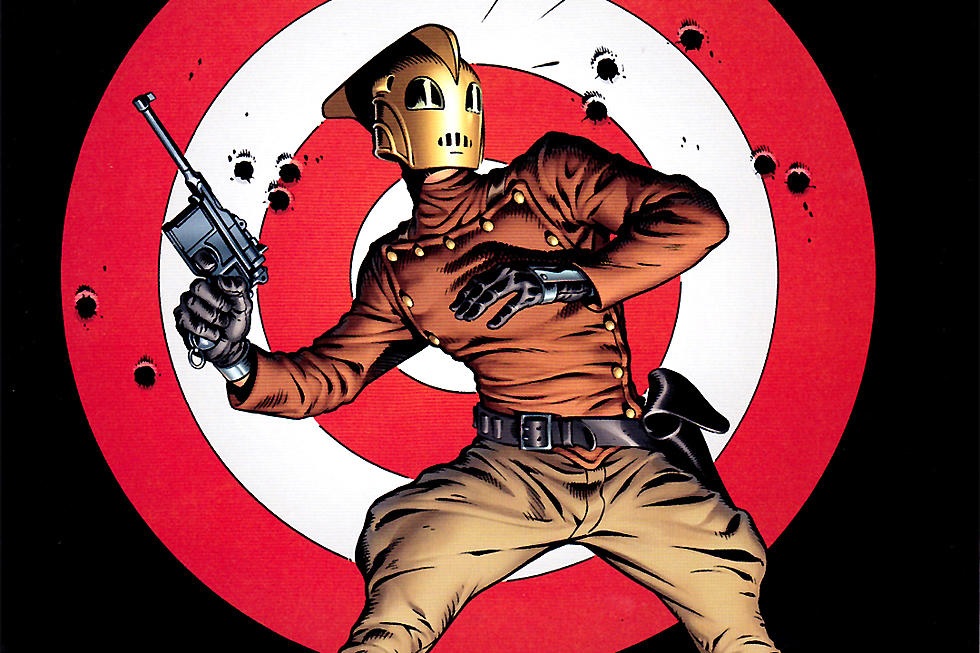 In addition to getting the time period just right, The Rocketeer also brings in allusions to real-life people. These are references I never understood as a kid but now as an old movie dork, they feel so obvious.

The villain Neville Sinclair as played by Timothy Dalton is a matinee idol and adventure hero in the vein of Errol Flynn. His henchman, that gargantuan Lothar, is just straight-up supposed to look like distinctive looking character actor Rondo Hatton; Hatton is most famous for a character called The Creeper in 1940s movies like House of Horrors and The Brute Man. 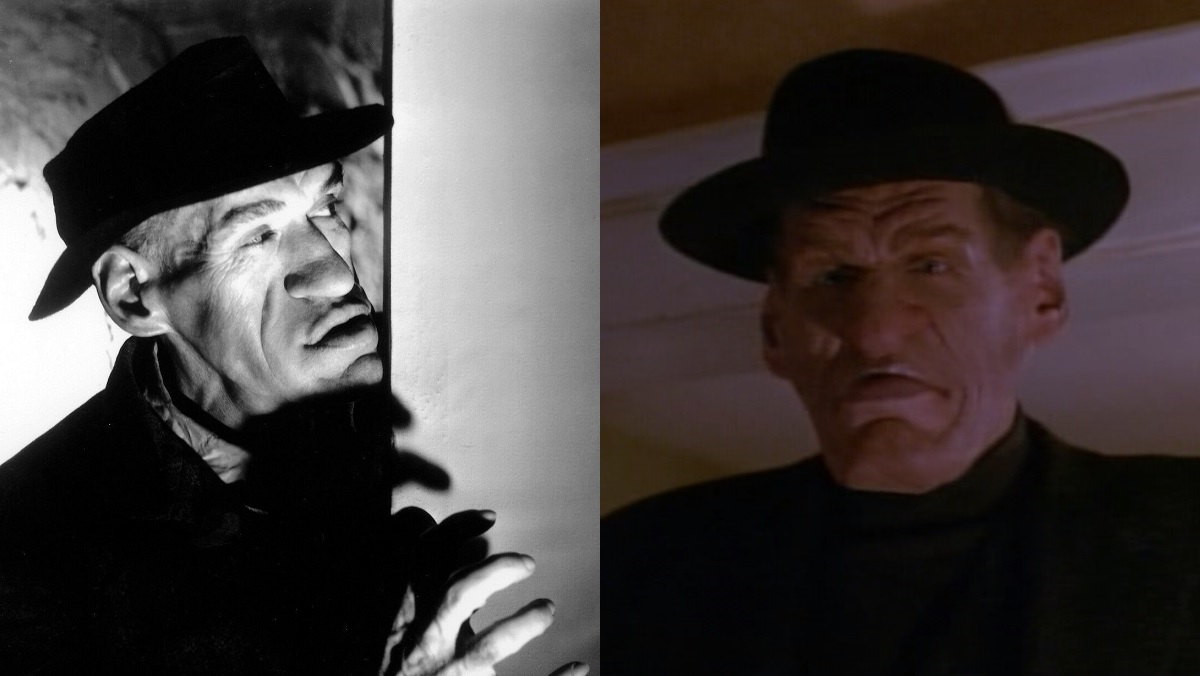 As for real people, we see actors assaying screen legends in Clark Gable and W.C. Fields in the South Seas Club scene, which is some fun movie buff stuff. But your big real-person appearance comes in the form of film producer, aviation genius and known weirdo Howard Hughes, as played by Terry O’Quinn.

In the story Hughes is the inventor of the rocket pack and is behind the effort to get it away from Sinclair and the Nazis. Eventually, Hughes is also the provider of all the plot details. He shows our heroes a truly amazing German propaganda cartoon about what would happen if the Third Reich had the rocket for themselves. This should be so much longer, because it’s so awesome.

But all of this is just fun window dressing. What makes The Rocketeer so endlessly enjoyable comes down to characters. Cliff Secord is your typical goodhearted lunkhead who just can’t seem to tell his girlfriend Jenny exactly how he feels. Even though he’s impossibly handsome, despite the Brendan Fraser hair drapes, he feels like an underdog. He’s so naïve about anything but piloting. We side with Cliff because he has dreams. Who among us hasn’t had dreams? Remember dreams?

The Rocketeer’s mix of Alfred and Lucius Fox is Peavy the crack engineer played by Alan G-darn Arkin! I’m gonna go ahead and say Alan Arkin is the best thing in any movie. Literally, movies he’s not even in, he’s the best thing. Here he has the movie’s best line:

Jennifer Connelly’s Jenny is one of those too-good-for-our-hero-but-she-doesn’t-care girlfriend characters that could feel really dated in 2021. But she also ends up being the most important character, the one on whom the entire plot hinges; she’s the one who learns Neville Sinclair is a Nazi. She’s not anywhere near the kind of movie heroines comic book movies have these days, but she also has far more agency than the typical damsel. So she feels more like a quaint reminder of days gone by instead of something truly cringeworthy. 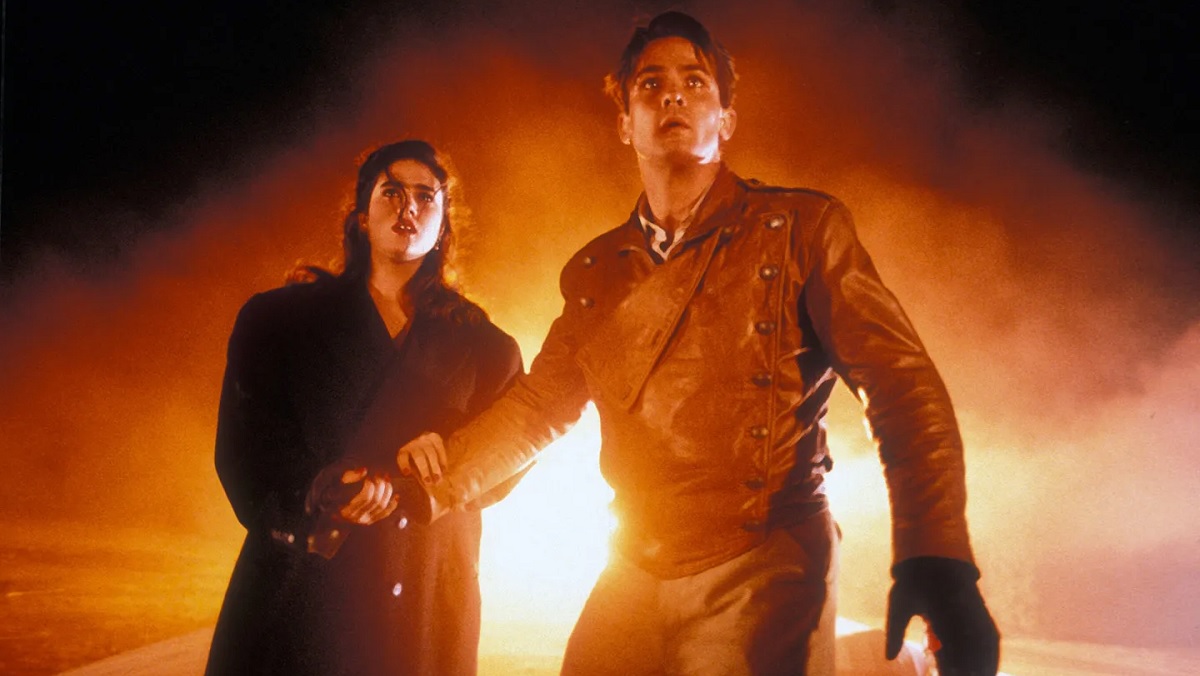 The movie really does a great thing by focusing on fascism and Nazis as the ultimate evil. It’s not merely that Neville Sinclair is a greedy A-hole, he’s also a traitor and a spy. At the end of the movie, even Eddie Valentine’s mob, who’ve been a thorn in our heroes’ side for most of the movie, turn against Sinclair when they find out his true aim. Hell, the feds and the gangsters even team up in the final shootout because they’re fighting the Nazis. Everybody hates Nazis!

And what’s left to praise but the action. The Rocketeer’s set pieces have tons and tons of energy, and don’t rely on the frenetic cutting of more modern action flicks. The car chase between the feds and mob, the airplane stunts, the (admittedly silly) Rocket journey through the club, the shootout between the Nazis and the feds and mob, and the explosive finale aboard the Nazi zeppelin; they’re all big, classic sequences where you know exactly what’s happening and to whom. 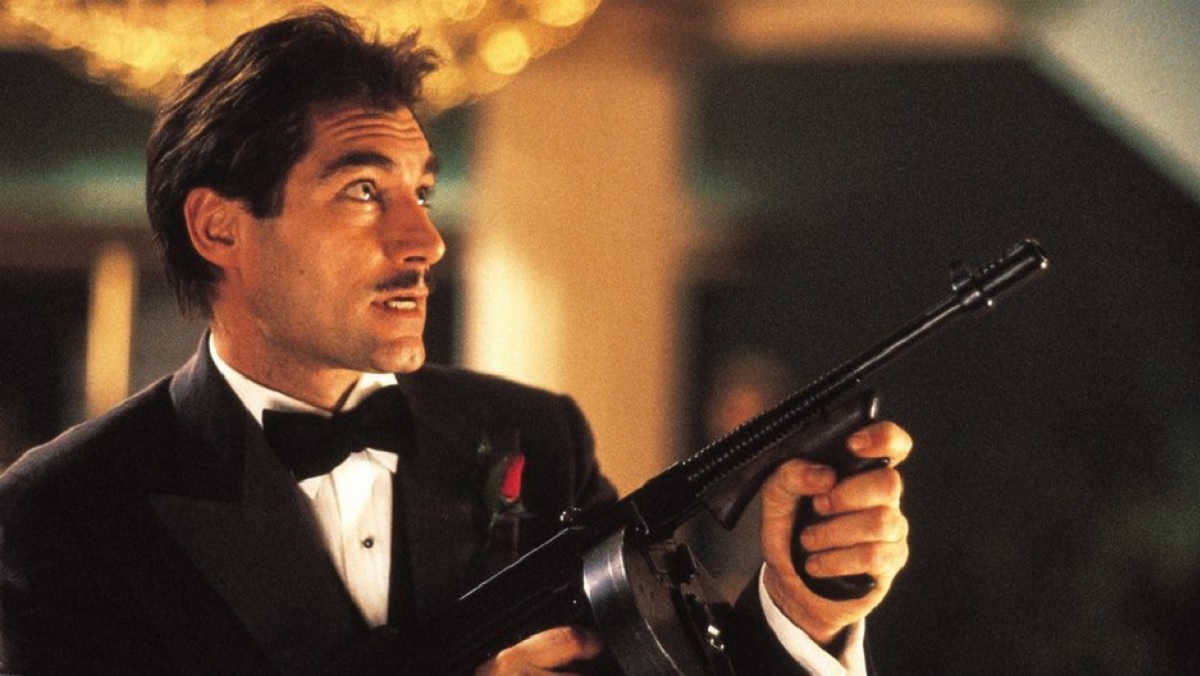 The Rocketeer deserved a much bigger reception when it came out, because it did everything right by the source material in adapting it to a larger family audience. It kept the iconic bits, cut out the more salacious elements. It represents maybe the best job Disney has ever done at modifying without gutting. And Joe Johnston proved so adept at this time period that he was pretty much the best and only choice to direct Captain America: The First Avenger 20 years later.

If only we lived in a world where The Rocketeer spawned a series of movies, where he became as big as Batman or Indiana Jones. But alas, it was not to be. At least we still have that first movie. Happy 30th, The Rocketeer.