After waiting for what seems like forever, Ghostbusters: Afterlife is finally hitting theaters this fall. And although Jason Reitman’s film is a legacy sequel to his father’s original two films, it has one notable difference. Instead of taking place primarily in the hustle and bustle of New York City, our main locale is a farmhouse in the countryside owned by Egon Spengler (the late, great Harold Ramis).

In the new video from Adam Savage’s Tested YouTube channel, Savage gets to go on a set visit to the farmhouse set, which is chock full of details and Easter eggs referencing the original Ghostbusters movies. Set dresser Alex Smith gave the former Mythbuster a tour of the film’s main set during production. (So many “busters” at one time!) You can watch the video in its entirety right here:

So what did we glean from this video? For starters, we learn that the late Dr. Spengler was quite the packrat. But every inch of his farmhouse has a nick-nack that is of significance to fans of the franchise. The toaster from Ghostbusters II? It’s onset, and it’s the original prop too. And there’s a lot more where that came from. Viewers will go over the movie with a fine-tooth comb for years. 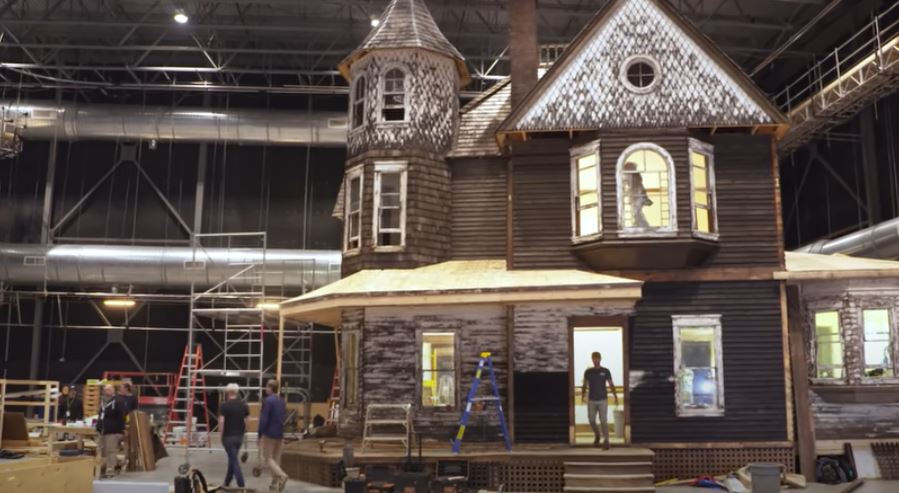 What is most impressive about the Spengler farmhouse is that the production team did something highly unusual. They built the exteriors and the interiors in the same location, almost like an actual house. They rarely do this in Hollywood films. More often than not, what we see as the inside and outside of any location is never the same place. But Ghostbusters: Afterlife did things differently. And they later recreated the whole set on a soundstage later! Hopefully, someone at Sony saved Egon’s Ghostbusters farmhouse for a future haunted maze.