“Egon came out here for a reason.”  Ghostbusters: Afterlife might be leaving New York City behind, but some Big Apple specters are coming with it. The film’s newest trailer hints at the return of some old foes. Along with some familiar faces to help a new generation of Ghostbusters. And they’ll need all the help they can, because Egon left New York to save the world.

“From director Jason Reitman and producer Ivan Reitman, comes the next chapter in the original Ghostbusters universe. In Ghostbusters: Afterlife, when a single mom and her two kids arrive in a small town, they begin to discover their connection to the original ghostbusters and the secret legacy their grandfather left behind.”

This latest trailer for director Jason Reitman’s new installment in the franchise, which he co-wrote with Gil Kenan, is the best look yet at what to expect from the film. Egon’s daughter and grandkids must move out to the middle of the country. The late Ghostbuster left them a dilapidated old mansion in the middle of nowhere. But he’s also left behind the remnants of his most important work. And when the little town begins inexplicably shaking every day, it’s a young-faced crop of unlikely Ghostbusters who will have to come to the rescue. In a film that looks more like a classic Amblin film than a new entry in the series. 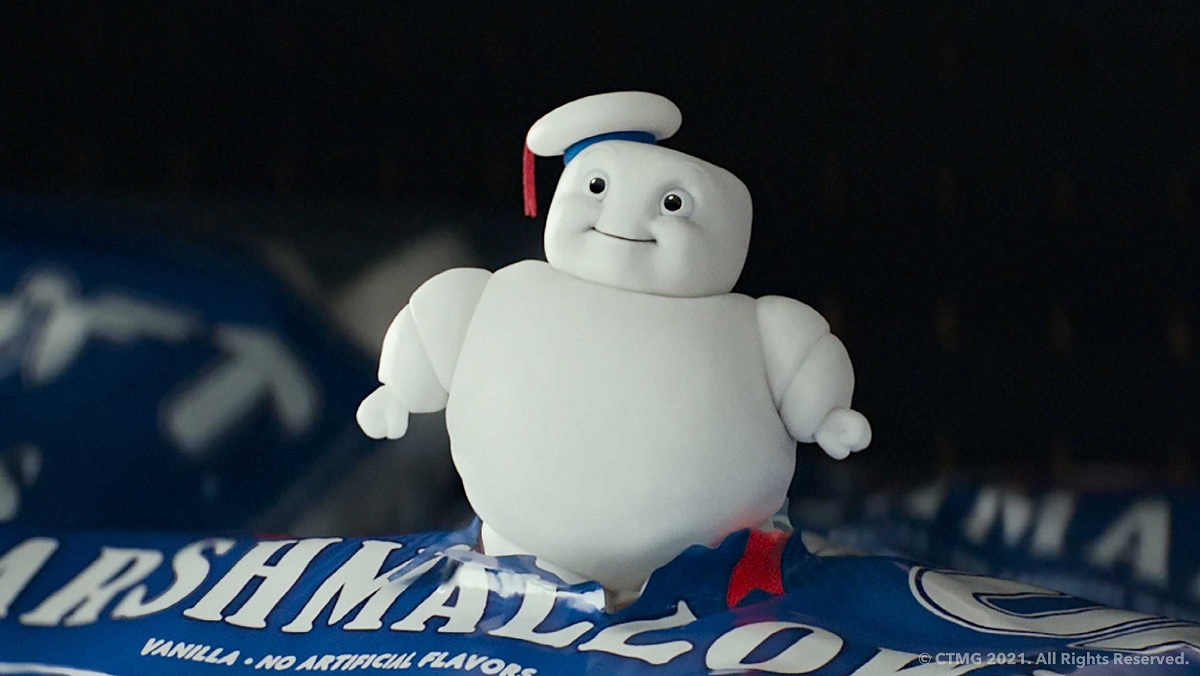 Those fresh faces won’t be alone, though. Annie Potts’s Janine is there to offer guidance. And, in the trailer’s final moment, Dan Aykroyd’s Ray Stantz picks up the phone in his old shop. It might be awhile since he captured any ghosts. But when something is strange in your neighborhood, you always know who to call. Or at least YouTube does.

They’ll need his experience too. In addition to those sociopathic little Stay Puft Marshmallow Men, this trailer is full of former specters. Paul Rudd seems to be running from a Terror Dog, like the ones seen in the original 1984 film. And with the sky opening up like it did all those years ago, and a secret underground temple to a goddess, this might be Gozer’s latest attempt to conquer Earth. Possibly by opening up the Gates of Hell themselves.

Maybe not the best place location Egon could have sent his family to, but hopefully it makes for a great movie. Also starring Carrie Coon, Finn Wolfhard, and Mckenna Grace, Ghostbusters: Afterlife comes to theaters in November.