As soon as we saw the first clip from Ghostbusters: Afterlife, we knew what it meant. Paul Rudd’s encounter with sadistic miniature Stay-Puft marshmallow men doesn’t tell us whether or not the movie will be good though. That scene made clear what kind of toys we can expect. Those little monsters make for perfect collectibles. What we didn’t realize however was how quickly that would be true. Hasbro has already announced a line of Ghostbusters mini Stay-Puft Surprise toys.

And just like in that clip, some of them look cute. While others are total nightmares. 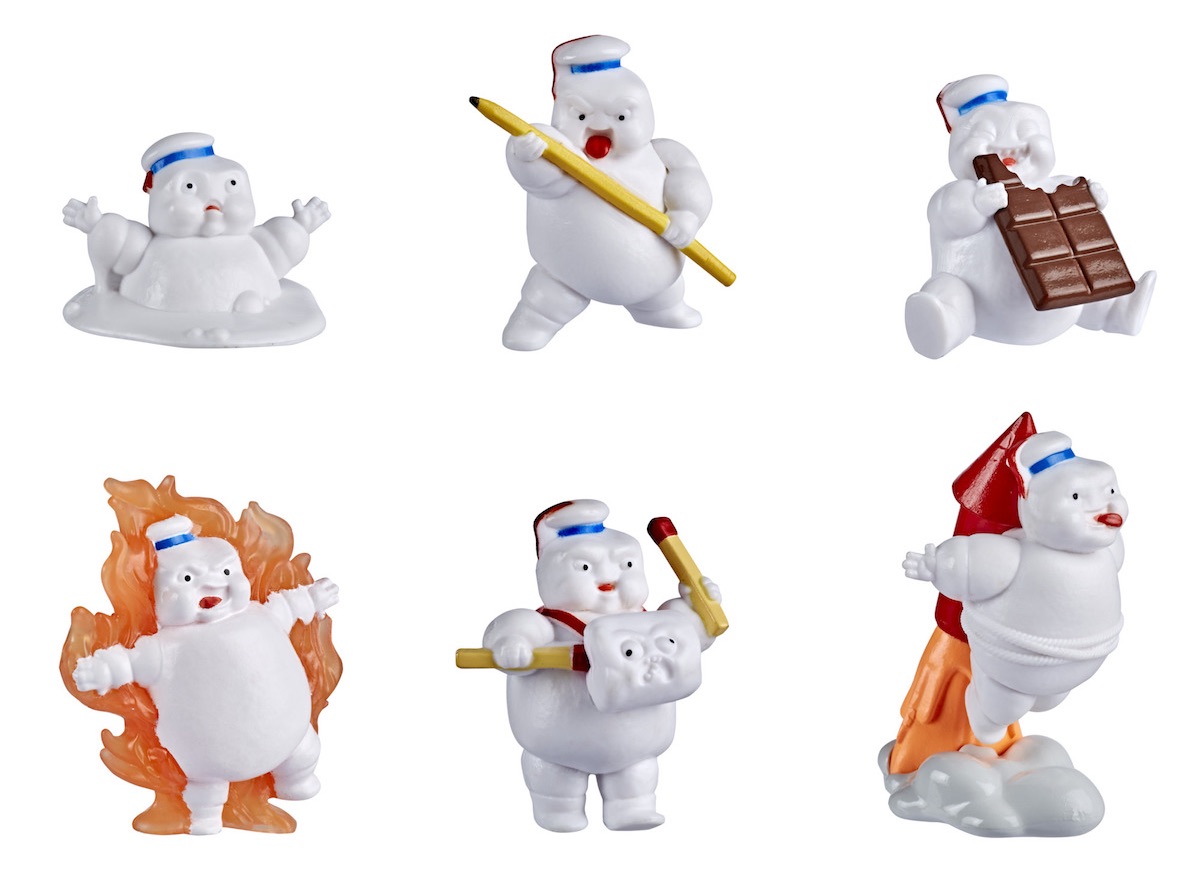 Hasbro‘s newest Ghostbusters toys bring those diminutive Stay-Pufts to toy shelves in a fitting package. Each 1.5-inch figures come inside a small tub filled with a “goopy marshmallow-like compound.” A fact we’re sure parents are going to love.

Each tiny toy captures one of the “new mischievous personalities” from the movie’s little guys. That can mean unearthing an adorable Stay-Puft enjoying a chocolate bar. Or perhaps one relaxing in the sun. It can also mean finding one screaming in pain because he’s on fire. Which is nothing compared to the Puft walking around with his marshmallow mate’s head. Yeah! Real bleak! For a toy marked for ages four and up, some of these are quite disturbing. 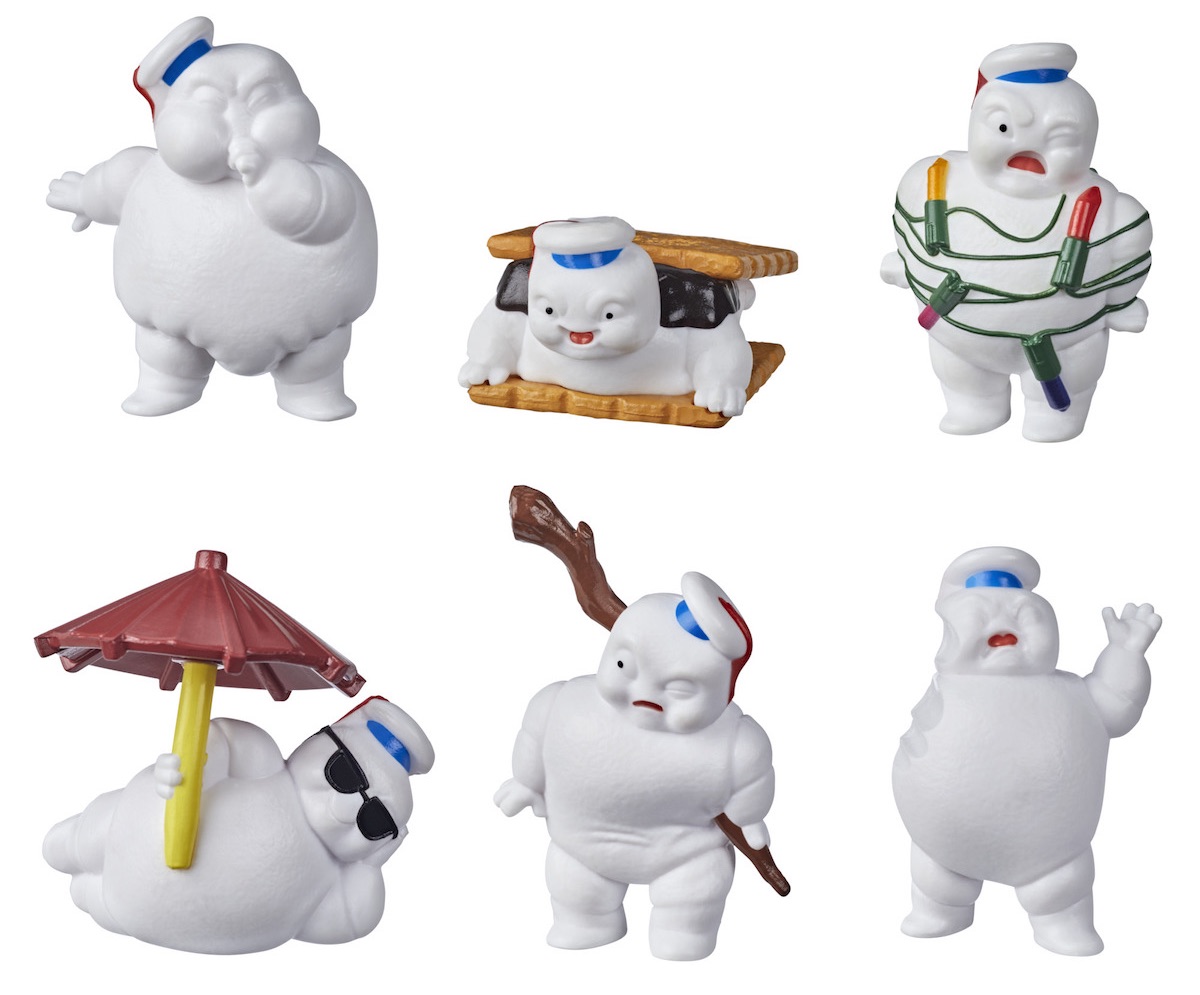 You won’t know which one you got until you open your tub. Each one comes with a different “surprise” figure. They’ll come to stores in “multiple blind waves” starting this fall. Every release will have six unique figures.

You’ll find them at “most major retailers” for the low price of $5.39. 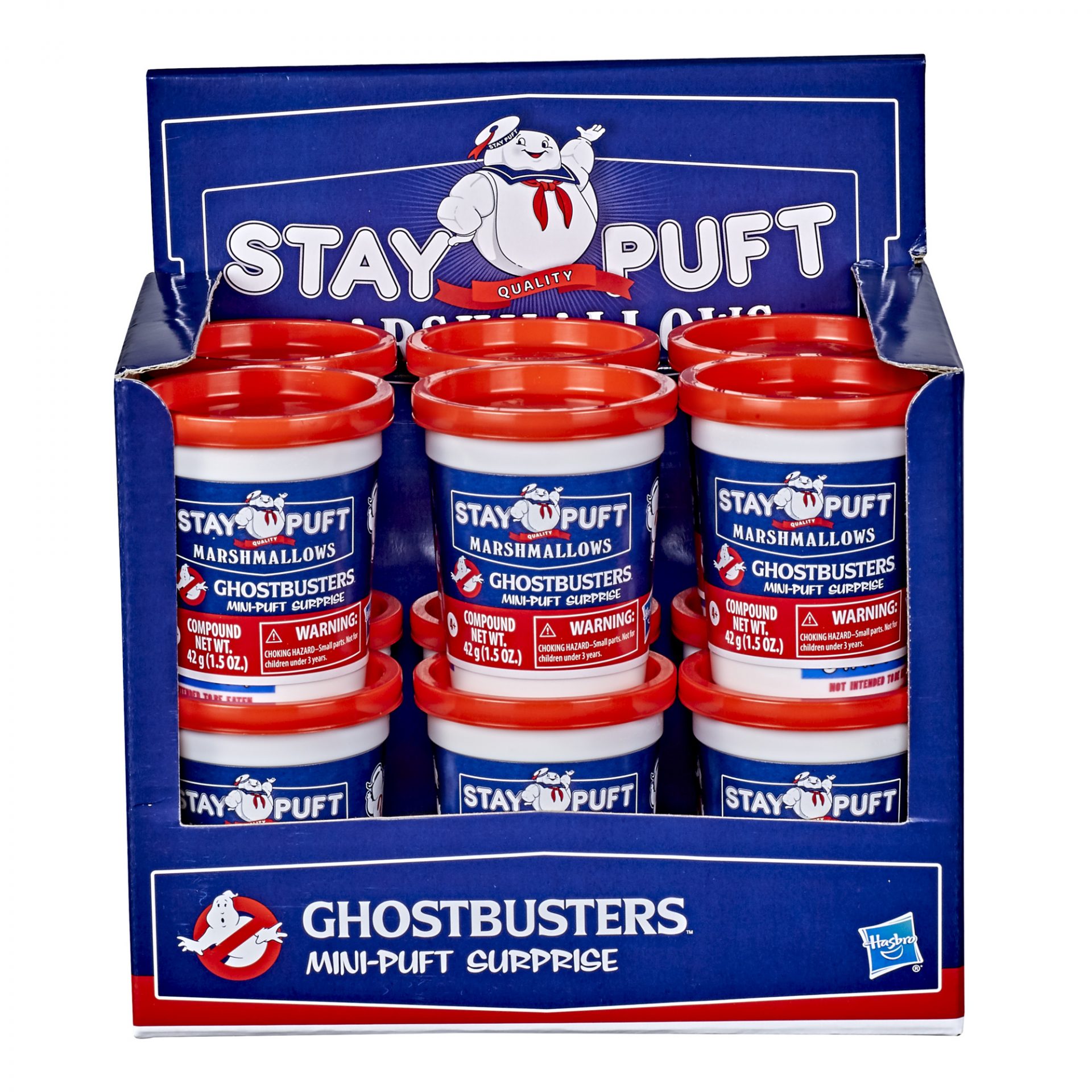 By then we imagine there will be many other ways to take home these sticky demons. That was obvious as soon as Paul Rudd saw one crawl out of a bag of Stay-Puft marshmallows. These tiny cannibals scream “toys” as much as they make us scream “kill them all!”