Toy and product photographer Jared Middleton is a master of making action figures look like action stars. An ability he showcases in his latest YouTube video, which features everything from Fallout to Wonder Woman action figures flying this way and that. In front of tiny—and real—practical effects.

Middleton’s new video (above, via PetaPixel), gives a behind-the-scenes look at how he makes his stunning, small-world stills. And while the video’s short, we can only imagine it takes him a long time to set up each explosive photograph. Which occasionally are literally explosive, thanks to tiny fireworks.

Many of the stills in the clip feature Star Wars action figures, which is, of course, freakin’ fantastic. The pictures of Mando with Baby Yoda are what all buddy hero shots should look like, and classic scenes replicated from the original trilogy, and prequels, are all cinema-grade. (Or at the very least worthy of a sweet Mattel commercial.)

“Along with toys, I capture fireworks, and all of the earth’s [sic] elements to achieve a practical shot,” Middleton, who also goes by “Sirdork,” writes on his website. “Using what…mother nature gives me, I try to make any static object become lifelike,” the photographer adds.

While Middleton’s a great toy photographer, he’s obviously not alone in his pursuit of the action-figure arts. In fact, super-nerd Jax Navarro, a.k.a. “Plastic Action,” also knows how to make rad photos with toys; especially Star Wars ones. (It’s almost as if everyone loves Star Wars?) 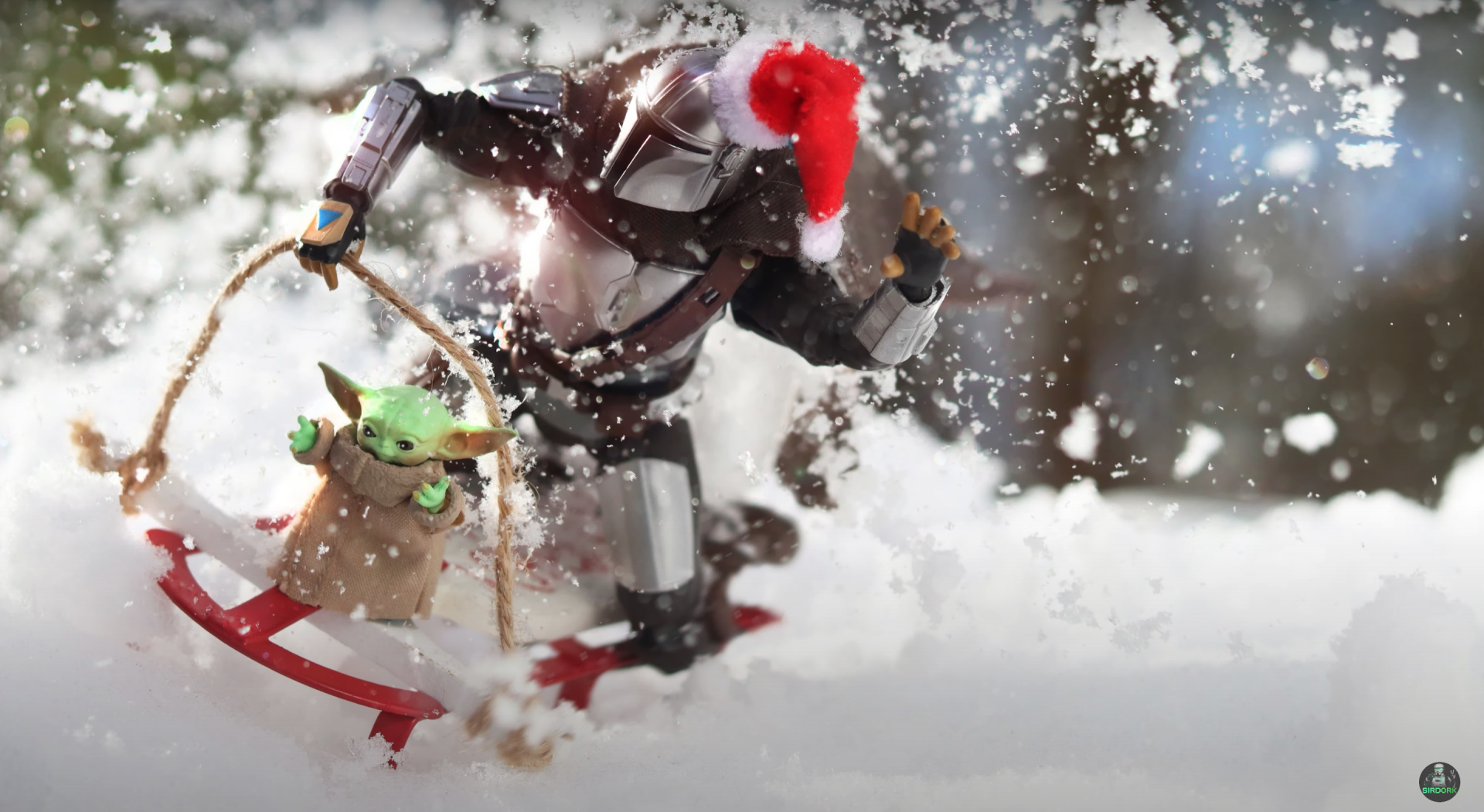 Anyone who now wants to emulate Middleton’s art, there are many more BTS videos on his channel. There are also, of course, a lot more recently released action figures to check out too. If not to buy, then to at least provide a spark of childlike inspiration—for art, or new collections.