World’s Biggest Firework Creates Aerial Blast Like No Other

Attendees at this year’s Winter Carnival in Steamboat Springs, Colorado, were treated to something magical: the world’s largest-ever firework. The nearly 2,800-pound pyrotechnic exploded like a star going supernova, and tinged the sky with crimson light. Below is a video of the massive aerial blast, which will leave your jaw firmly in the “slack” position.

Guinness World Records was on hand at the Carnival, held in February of this year, to certify that the ball of shiny boom boom was indeed the largest ever. Pyrotechnicians, James Cowden Widmann, Eric Krug, Ed MacArthur, and Tim Borden—all from the US—built and set off the firework.

The firework itself was not only massive in weight, but also in size. It measured nearly five feet in diameter, with its shell alone spanning seven inches thick. Three hundred and eighty individual blocks of pyrotechnic were inside of the shell, wrapped in 51 miles of gummed paper tape! 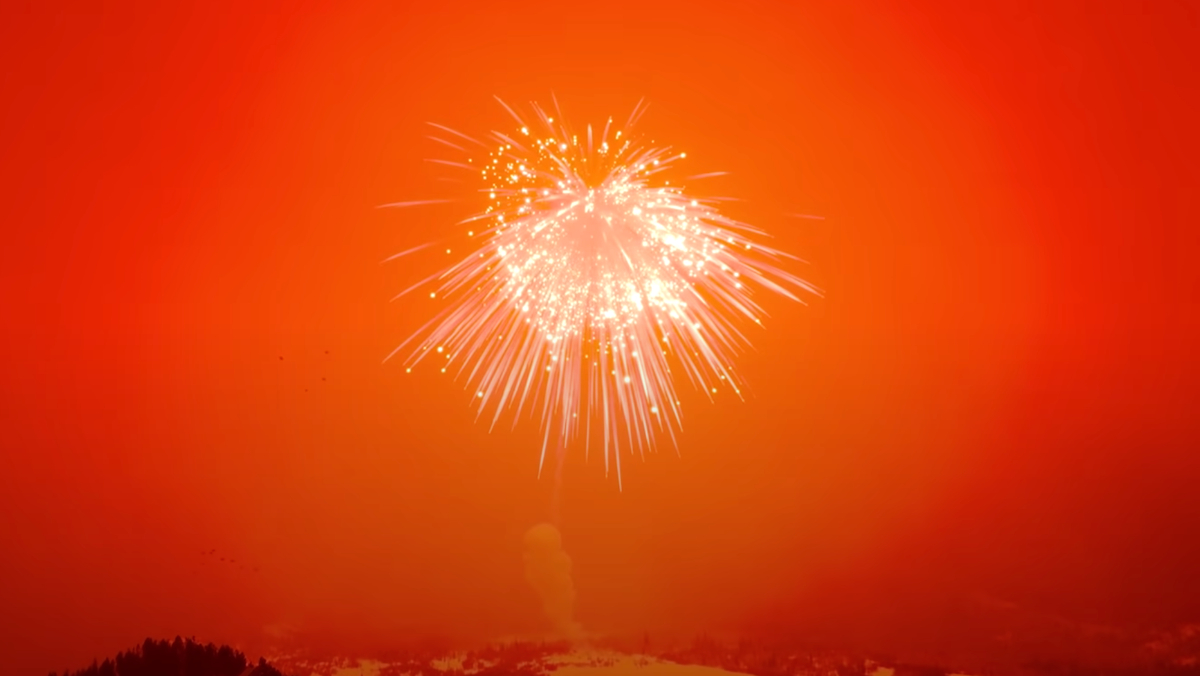 To launch the massive firework, the team had to use an equally massive mortar; one that was more than five feet wide and 26 feet deep. (Mortars are the tubes on the ground that shoot off the fireworks.)

As for the display itself, the whoa! factor is always subjective, but it’s hard to argue this firework doesn’t put on a stellar show. Especially since during the split-second after it explodes, it looks like an exploding star. Or, perhaps, more ominously, a nuclear bomb blast in the sky.

The world’s largest firework was set off in Steamboat Springs, CO on Saturday. The 62 inch diameter spherical shell weighed 2800 pounds. What was its density? pic.twitter.com/qhOGdIjmEI

Instead of a mushroom cloud, however, the result of the mondo firework is just a ton of dazzling streaks of light. And lots of gleeful screaming, cheering, and hollering. People should note, however, that it’s obviously only a matter of time before a larger firework comes along. We’re sure few people remember the largest one from 2017, for example, which put on an aesthetically disparate, yet equally stunning, show. Watch that one below for comparison. And explosive posterity.