As paleontologists (and random people) continue to unearth fossils from the age of the dinosaurs, ever-stranger creatures keep turning up. Like this “chicken from Hell,” for example. Or this building-sized titanosaur. Now, a team of scientists has just put out a new study describing an “eagle shark” from 93 million years ago. And it not only had wicked-long fins, but would also eventually evolve into the modern-day manta ray family. 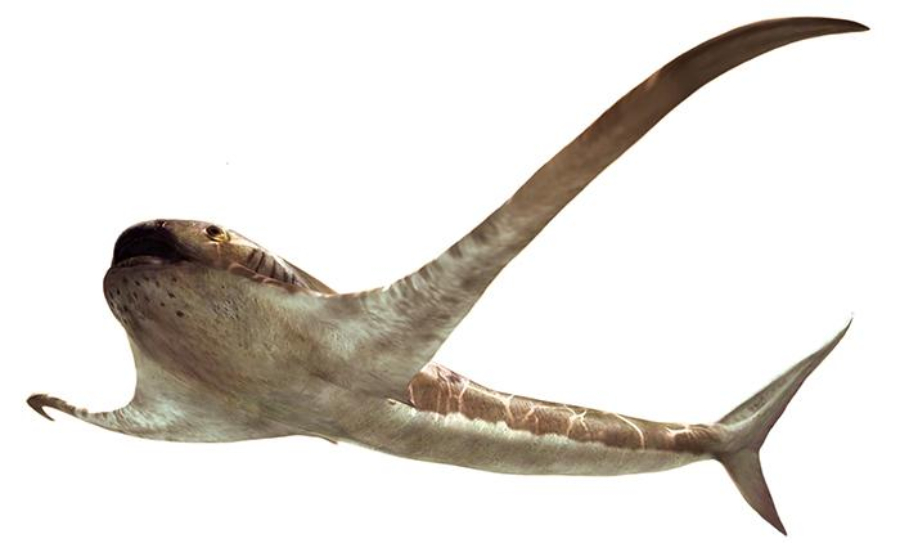 Science News reported on the new study, recently published in the journal Science. The team behind the study, led by Romain Vullo of the French National Center for Scientific Research, studied a fossil of the eagle shark discovered in the Gulf of Mexico in 2012.

The eagle shark, or Aquilolamna milarcae, is responsible for a whole new family of sharks; one that would eventually evolve into three other families: Archaemanta, Sulcidins, and Mobulidae. ( Mobulidae is the family of rays that contains manta rays and devilfish.)

Vullo and his colleagues say the Cretaceous Period fossil implies a shark with extremely long and thin pectoral fins reminiscent of wings. The shark’s body would’ve been just over five feet long, with a significantly longer wingspan of six feet. The image at top provides an illustration of the peculiar shark, which indeed looks like a manta ray with a shark’s head. And very weird, wiggly, thin fins.

The scientists say the eagle shark was more ray and less shark when it came to its diet. The hybrid was planktivorous like rays are; that is, they subsisted off of phytoplankton, which are single-celled organisms. The eagle sharks may have had teensy tiny extant teeth, however. Vullo notes in the video above that people have discovered teeth from around the same period and region that are less than a half-inch long. 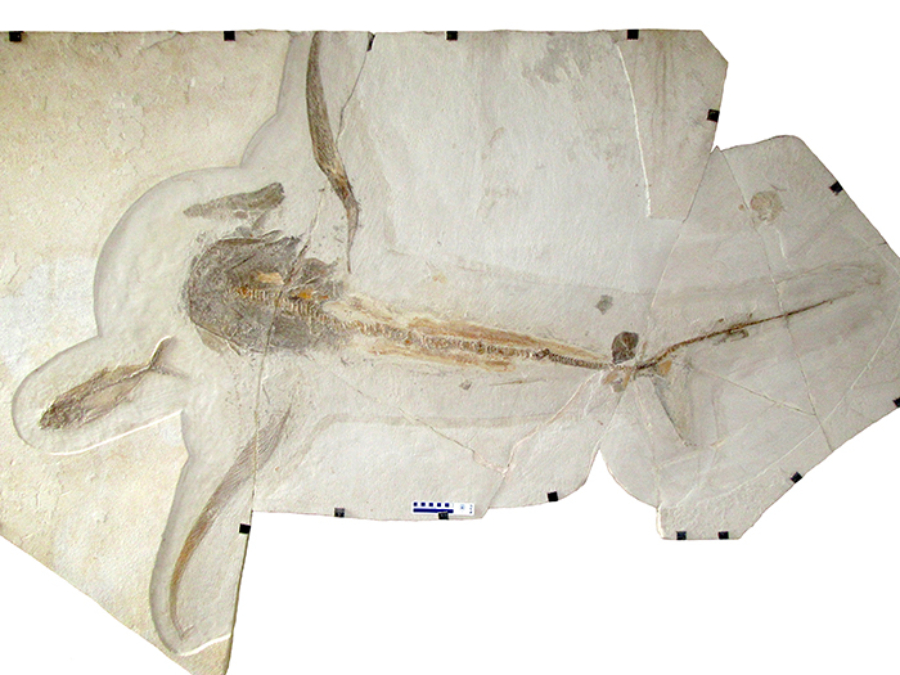 Thanks to this study, scientists can now firmly establish a second group of large, bony fish from the Cretaceous; these eagle sharks. On top of that, the scientists say this fossil sheds light on the structure of the Cretaceous marine ecosystem. Which was, incidentally, full of not-so-docile creatures. In fact, some of them would’ve made this harmless shark flee in terror.