Imagine you’re running the faucet above a sink, and picture specifically the way the falling water from the faucet continuously splashes outward against the bowl, creating a little area where the standing water in the bowl can’t invade. It turns out the Sun does kind of the same thing as the water falling from the faucet, only instead of flinging water outward, it flings solar wind in every direction, and instead of standing water around it, there’s a particle soup made up of interstellar plasma. And while scientists have known about this dynamic for years, they’ve now discovered, thanks to the Voyager 2 space probe, that the region around the outer edge of our “shield” made up of solar wind, which clashes with the interstellar plasma soup, consists of an 89,000 degree Fahrenheit wall of (low density) plasma.

Anton Petrov’s video describing the wall of plasma around our solar system.

The sphere of piping hot plasma—which, again, is low density, meaning Voyager 2 can pass right through it without a problem— is discussed in the video above from YouTuber and high school science, math, and computer science teacher, Anton Petrov. In the video, which comes via Digital Journal, Petrov discusses one of NASA’s latest discoveries, made when its Voyager 2 space probe (launched in ’77) began passing through a region surrounding our solar system known as the heliopause. In this region, Voyager 2 discovered the spherical wall of interstellar plasma, which Petrov calls a “wall of fire.”

That “wall of fire,” Petrov notes, can be thought of as “an actual physical physical barrier,” and is “almost like a wall of hot plasma and… cosmic radiation that suddenly jumps up as soon as we cross into the so-called interstellar space.” That wall of hot plasma ranges in temperature from 30,000 to 50,000 kelvin (roughly 53,000 to 89,000 degrees Fahrenheit), according to a paper published earlier this month in the journal Nature Astronomy. In the abstract for that paper, the authors say that “The [very local interstellar medium, a.k.a. the wall of hot plasma] is variable near the [heliopause] and hotter than expected. The abstract also notes that “Voyager 2 observations show that the temperature [in that region] is 30,000–50,000 K, whereas models and observations predicted a [very local interstellar medium] temperature of 15,000–30,000 K.” 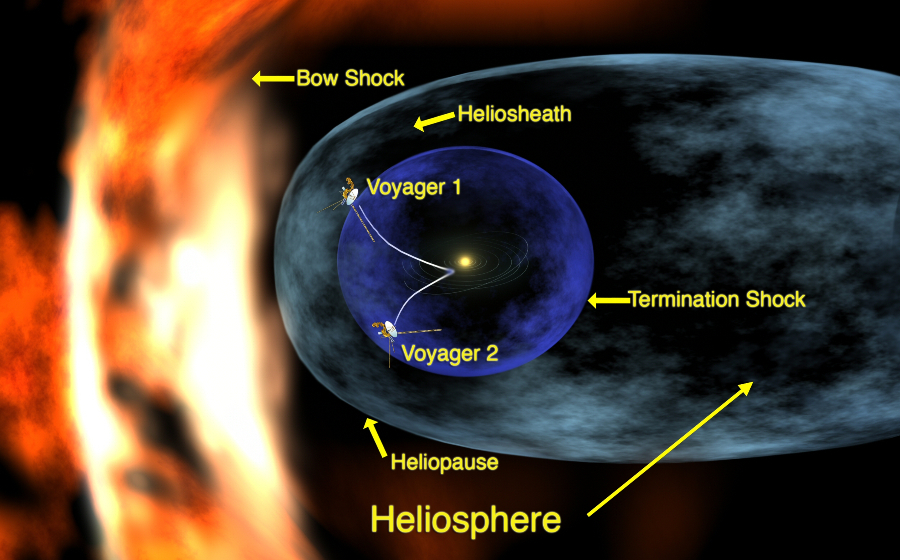 An image showing, in part, where the heliopause interacts with interstellar plasma. NASA/Walt Feimer

Needless to say, we earthlings are ridiculously lucky to have that solar-wind shield. The heliosphere, which the Sun provides, blocks out 70% of the interstellar cosmic rays. If we didn’t have the heliosphere, those cosmic rays would otherwise charge in and interact with us here on Earth, causing a serious uptick in the amount of radiation we’d absorb. 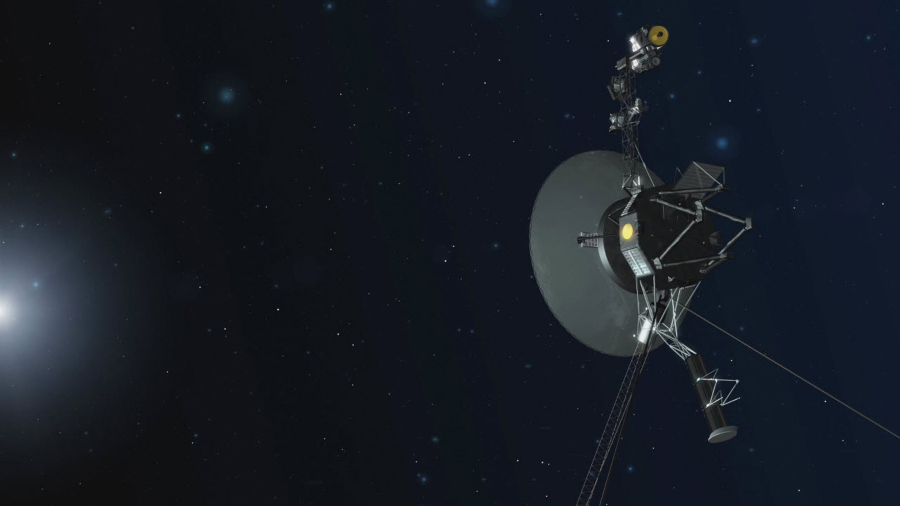 An illustration of Voyager 2, which recorded the temperature of the wall of plasma. NASA/JPL-Caltech

It’s unclear how difficult this wall of hot plasma will make interstellar travel, once we decide to go beyond Mars and eventually leave our solar system, but considering both Voyager 2, and even Voyager 1 (also launched in ’77) made it through OK, it seems like at least our interstellar ships wouldn’t be too negatively affected. Although it’s unclear how the plasma wall will affect we biological beings. Regardless, the discovery is exciting because, as JPL notes, this is the “cosmic shoreline… where the environment created by our Sun ends and the vast ocean of interstellar space begins.”

What do you think of this temperature check on the massive plasma wall around our solar system? Does it provide any extra reason for you to never leave our solar system, or would you fly through it like Crowley from Good Omens driving through a wall of fire in his demonic Bentley? Let us know your thoughts in the comments!