by Lindsey Romain
SpongeBob Squarepants creator Stephen Hillenburg passed away this week. The animator, who previously worked on Nickelodeon‘s Rocko’s Modern Life before creating his own seminal, generationally adored series, was just 57 years old. His passing created a wave on social media, with young people who grew up with the Bikini Bottom residents sharing childhood memories of the show.We wanted to create our own tribute to Hillenburg’s legacy by celebrating the happiest moments of SpongeBob Squarepants. The moments when friendship was on full display, in all of its loving, hilarious glory. 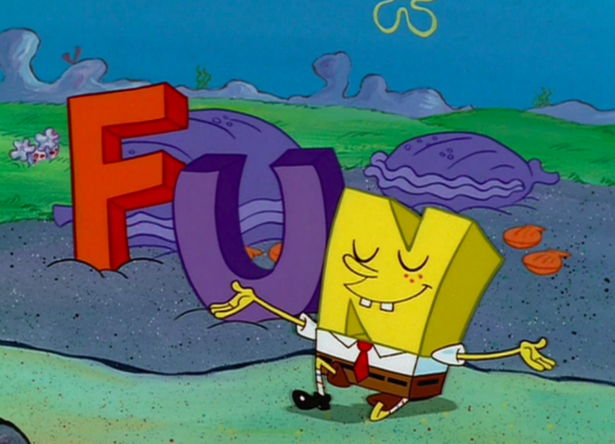 Even if you don’t know SpongeBob like the back of your hand, you’ve probably heard this song. The tyrannical â€“ and miniature â€“ Plankton needs a lesson about what it means to enjoy friendship, and SpongeBob delivers it to him in the form of this catchy song. “F is for friends who do stuff together,” it goes. You probably remember the rest. 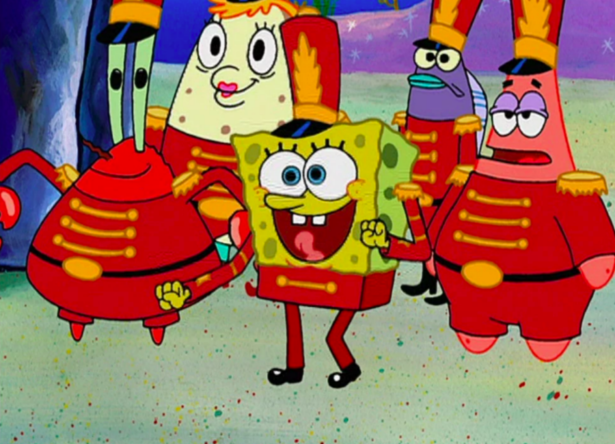 Squidward is known as Bikini Bottom’s resident grump, which makes him one of the show’s loneliest characters. Deep down, the clarinet-loving squid just wants to be respected for his craft, and that’s exactly what happens in this classic episode. In order to impress his rival, Squilliam, Squidward assembles a band who â€“ by episode’s end â€“ have become unbelievably great, allowing Squidward a win a moment in the sun he wouldn’t have gotten without friends.

This Grill is Not a Home – “Without You”

When Mr. Krabs loses a card game to Plankton, he must also surrender SpongeBob’s employment at the Krusty Krab. Now working at Plankton’s Chum Bucket, SpongeBob realizes how much he misses working for Mr. Krabs, and Mr. Krab realizes he misses his most loyal employee. “I would trade it all away if you’d come back to stay,” Mr. Krabs sings in the episode’s song, “Without You.” 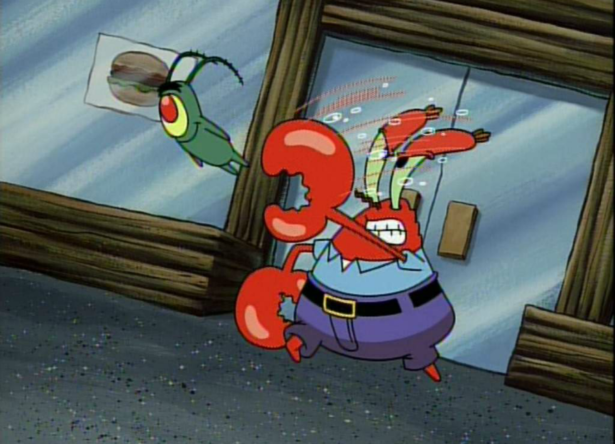 Though we know Plankton and Mr. Krabs best as business rivals, their relationship is far more complex than that. The two were best friends from birth and planned to run a burger restaurant together, but were separated after a mishap. Mr. Krabs’ perfect Krabby Patty recipe is thereafter the subject of Plankton’s obsession. Despite their intense bitterness, the two occasionally show moments of tenderness, like in this season four episode when they work together to uncover the plot of a mysterious kelp shake.

Cowboy astronaut squirrel Sandy hails from Texas, and in this wildly popular season one episode, she’s extremely homesick. She plans to head back to her home state, but SpongeBob and Patrick concoct a plan to hold a Texas-themed party at the Krusty Krab. Hijinks ensue, but in the end, Sandy realizes what her friends have done for her, and realizes that Bikini Bottom is her true home because it’s filled with people she loves.

Dying For Pie – The eyelash sweater 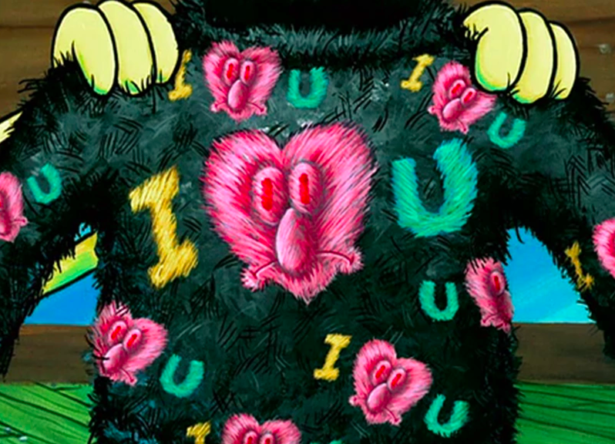 This disgustingly heartfelt present is one of SpongeBob’s many attempts to lure Squidward into his heart. For Employee Brotherhood Day, SpongeBob gives Squidward a sweater as a gift, informing him that it’s made from his own eyelashes. Squidward doesn’t take kindly to the gift, but it’s the thought that counts.

The Fry Cook Games – SpongeBob and Squidward have matching underwear

SpongeBob and Patrick are best friends, so there’s not shortage of moments between them. But we’re soft for this episode, where the two compete as rivals in the annual Fry Cook Games. The two spend much of the episode quarreling and physically fighting, but in their last competition, their pants split, revealing that each is wearing underwear in the color of the other one. “You do care?!” they say mutually, embracing. A friendship for the ages!