5 Marvel Multiverse Worlds We Want To See In The MCU

With the trailer for Spider-Man: Far From Home, we have no been introduced to the cinematic equivalent of the Marvel Multiverse. Mysterio supposedly hails from an alternate Earth and crossed over to ours due to Thanos’ snap. Whether he’s truthful remains a question mark, we bet the concept of a Marvel Multiverse really is in play now. Even if their rival DC made much more frequent use of the Multiverse concept, Marvel Comics have had multiple universes for decades.

But which Mutliversal concepts should we expect going forward in the MCU (MCM?) Well, we are going to eliminate the Spider-Man specific alternate Earths, if only because Spider-Man: Into the Spider-Verse seems to have that more than covered. And yes, there are very famous alternate timelines and parallel worlds in the X-Men comics like Age of Apocalypse. But we haven’t met the mainstream Earth’s cinematic version of the X-Men yet. So too soon there. But that still leaves plenty of Marvel alternate Earths that could be used to great effect on screen. Here are our five favorites. 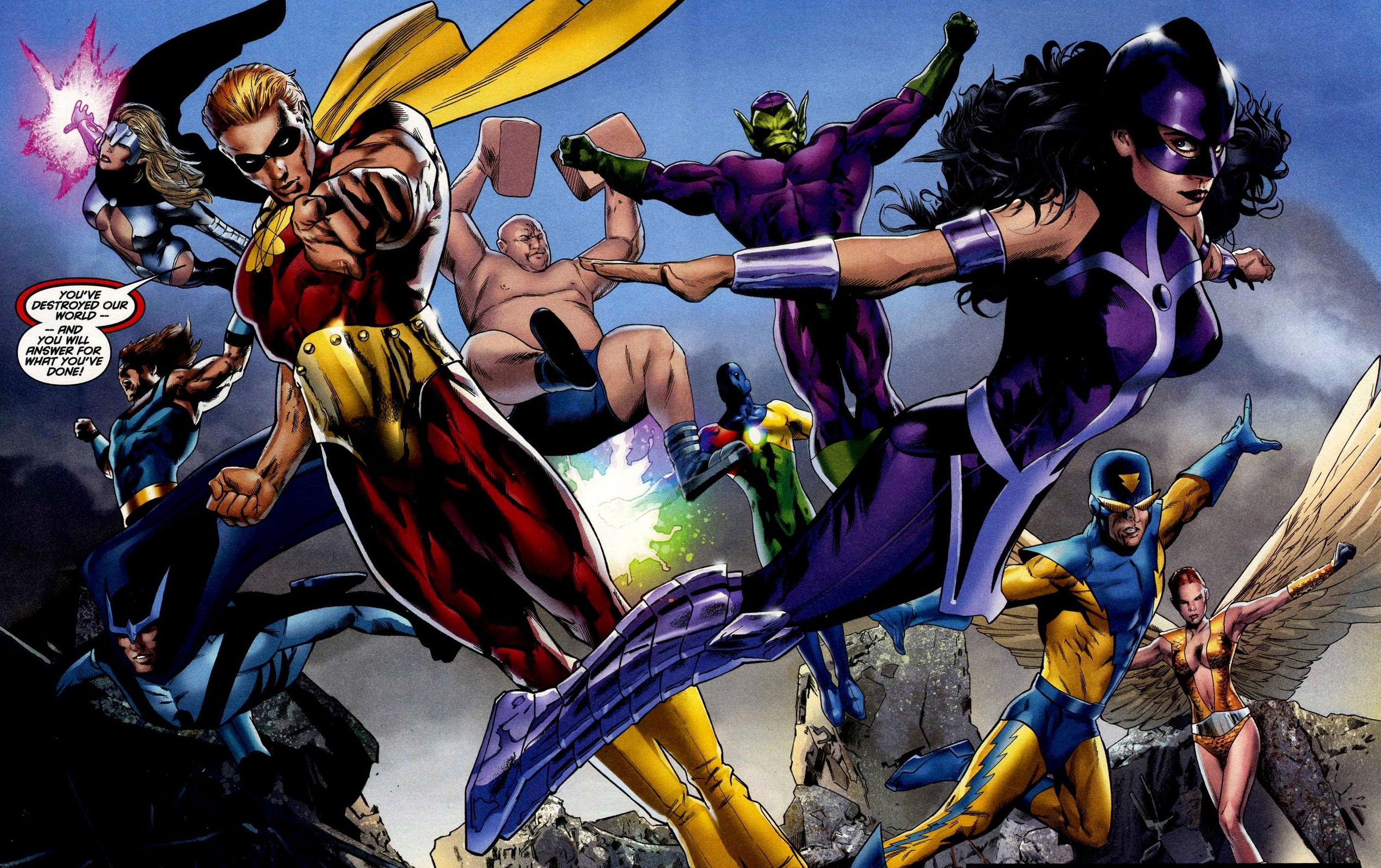 While many people think of the Avengers as “Marvel’s Justice League,” the actual counterpart to the JLA is called the Squadron Supreme. Hailing from Earth-712, the Squadron consisted of champions like Hyperion, Nighthawk and Power Princess. These were thinly veiled variations of DC’s Justice League, like Superman, Batman and Wonder Woman.

First appearing in 1971, these heroes fought the Avengers a few times. In a 12 part min-series we see how they take over their Earth and attempt to set it up as a utopia. Needless to say, it doesn’t go well. (The Justice Lords from the Justice League animated series are very much based on this idea). The concept returned to comics in the series Supreme Power. If Marvel Studios managed to beat WB to an amazing Justice League film by doing the Squadron Supreme, that would really be Kevin Feige throwing down the gauntlet. 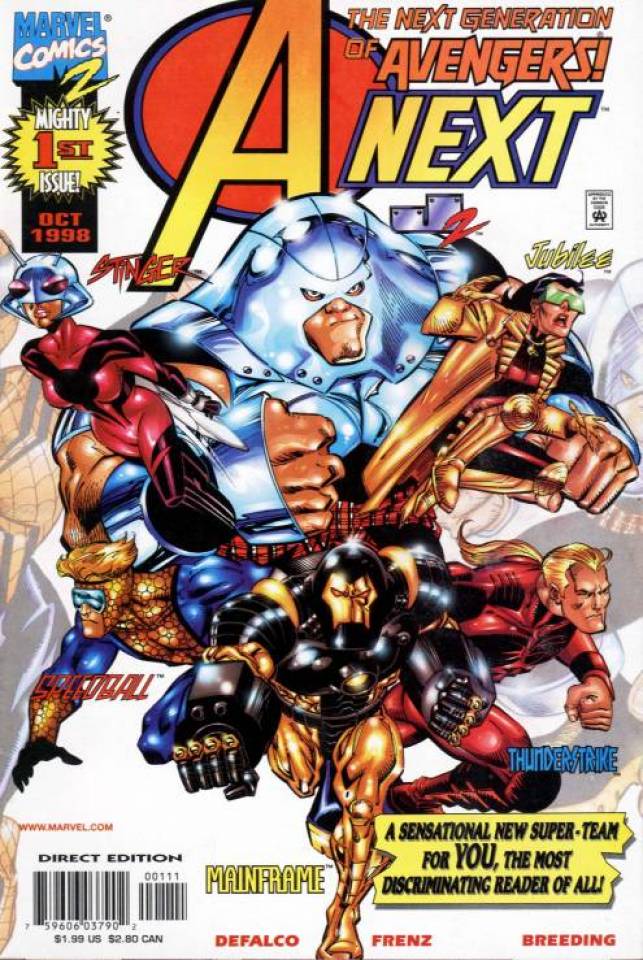 In the late ’90s, Marvel introduced the MC2 universe, short for “Marvel Comics 2”. All these books were set in the alternate universe of Earth-982. On this Earth the age of heroes began about fifteen years earlier, so characters like Spider-Man and the Avengers have retired and been succeeded by a younger generation.  Peter Parker and Mary Jane’s daughter May is the teenage Spider-Girl. Sharon Carter’s niece Shannon succeeds Captain America as American Dream. She even leads a new generation of Avengers called “A-Next”. (But please call them something else in the movies). Certainly an alternate universe with Morgan Stark all grown up wearing Daddy’s armor could be super cool on screen. 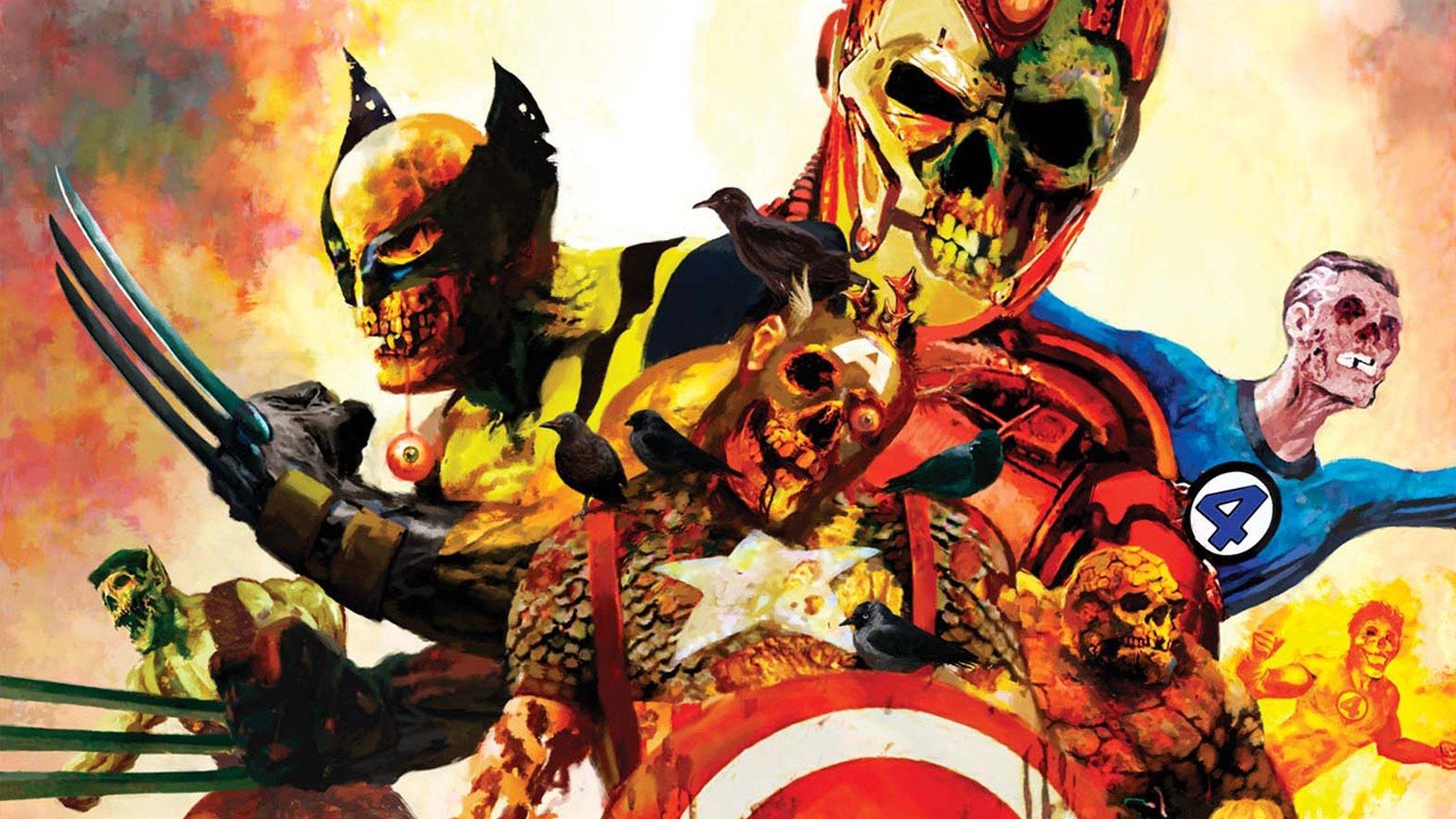 It’s The Walking Dead meets the MCU Multiverse. That concept alone just is a license to print money. Having said that, the post zombie apocalypse world of Earth 2149 would very likely be just be too bloody and brutal for a Disney film. There would be too many concerns over traumatized kids seeing their heroes as flesh eating monsters. But could we see something like this on the small screen though? Hulu is embarking on a series of horror themed Marvel shows like Ghost Rider and Son of Satan, so we could see the Marvel Zombies universe there instead.

Back in 1986, Marvel pushed a big publishing initiative called “The New Universe,” which was a whole new subset of books set in a world apart from the 616 universe. The idea of this universe was that it was identical to the real world, until an occurrence known as “the White Event.” When the planet was bathed in a bright white light, it caused genetic anomalies in two out of every one million persons, which led to them developing powers. Although the line of comics only lasted a few years, concepts and characters from the New Universe like Star Brand and Nightmask have returned to Marvel in recent years. Any or all of the original New Universe titles could make for a cool addition to the films. 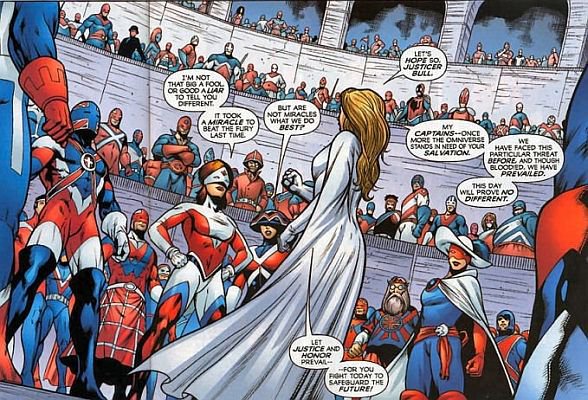 Most comics fans know that the main Marvel Earth is called Earth 616. But that concept was introduced by legendary writer Alan Moore back in the early ’80s, for the Marvel UK adventures of Captain Britain. It was revealed to the good Captain that he was part of a larger Captain Britain Corps from across the Multiverse, and he was merely the representative of Earth-616. This concept later incorporated itself across the American Marvel books. But with a person named Braddock name dropped in Endgame, could we be talking about Brian Braddock, aka Captain Britain? And if it is him, could his counterparts from across the Multiverse be far behind?