Watchmen, the seminal 12-issue DC Comics limited series from Alan Moore and Dave Gibbons, wasn’t just one of the greatest comic book stories of the 1980s; it’s remained one of the greatest comic book sagas of all time. For years, it was considered unadaptable, but director Zack Snyder made a pretty darn faithful version to the big screen back in 2009. And even then, many fans said “this would be better suited for a television series on HBO.”

Well, all these years later, that is exactly what is happening, as Lost and The Leftovers‘ own  Damon Lindelof is spearheading a televised version of Watchmen for the cable network, and it is set to hit next year. But this version is going to be quite different from what fans are expecting. Here is everything we know so far about the series set to hit in 2019.

HBO has finally set an official release date for the show. Now we can all watch the clock tick down until 9 pm Eastern on October 20.

HBO has released three new Watchmen teasers via Instagram, and each of them have something that ties directly into the original Alan Moore/Dave Gibbons comic book series. With the show apparently set in the present, it’s becoming clear based on these clips that the events of the original comic will be hugely important to what happens in this series.

The first teaser shows a pirate flag, much like the one we known from the “comic within a comic,” Tales of the Black Freighter. The post shows the flag waving in the breeze, with the lines “Abandon all hope, ye who enter here.”

The second shows some kind of futuristic contraption, with the words “reach out and touch Mars.” While this is a reference to the Depeche Mode song “Personal Jesus,” the Mars part suggests none other than Doctor Manhattan, who used the red planet as his retreat in the original comic series. Also, that orb looks like a very Doctor Manhattan-esque shade of blue.

Reach out and touch Mars.

And finally, we have an American flag waving, only one with several more stars on it than we’re used to. Has America taken over other countries in the future of Watchmen? The tag line “it’s not 1985 anymore” is also a hint towards the time period of the comic book, and how the events that played out there are ground zero for the world of the TV series.

What Is the Show About? 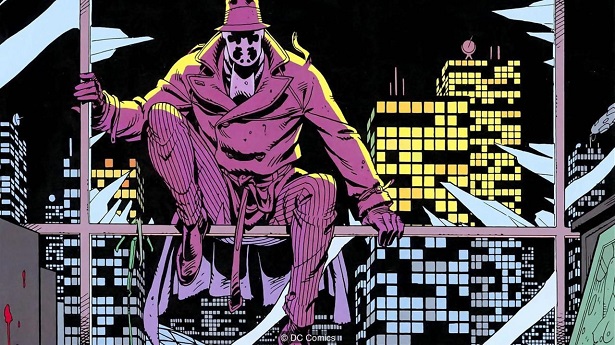 Despite being called Watchmen, this new series will not be an adaptation of the original 12-issue DC Comics mini-series. Instead of 1985, it will take place in the modern day, but will treat the comic book as the backbone of the series’ history. It should be noted that there have been signs spotted on the set of the series which indicate that the show will reflect the climax of the graphic novel, not of the movie. (The end of the movie was one of the film’s only major deviations from the source material.) We don’t know much about the characters on the series, except that at least one character from the original book will appear: Ozymandias, also known as Adrian Veidt. So far, it seems that the other major roles are said to be police officers and various government officials. Unless they are being used in flashbacks, don’t expect to see characters like Rorschach, Nite-Owl and the Silk Spectre, although one imagines that they will at least be referenced. As for the powerful Dr. Manhattan, he’s got to show up at some point, right?

The official Watchmen Instagram account also released some new, brief videos from the set of the series. Both of them feature what looks like a police force, but all of them are wearing bright yellow fabric covering the lower halves of their faces, evoking costumed heroes. Does this mean that in the decades following the original Watchmen graphic novel (of which this series is a sequel), the police now emulate the vigilantes of the past?Also worth noting: the official Watchmen Instagram account’s logo is a bright yellow oval with a dash of blood on it — but it’s not the smiley face button. Another way this show is departing from original Watchmen iconography.

Who Is Behind the Camera?

The Leftovers creator Damon Lindelof is the man bringing Watchmen to the small screen, after some speculation that Zack Snyder would be behind this TV adaptation as well. In May of 2018, Lindelof shared a five-page open letter on Instagram with fans, where he went into more details about his approach to the material, saying, “We have no desire to ‘adapt’ the 12 issues Mr. Moore and Mr. Gibbons created 30 years ago.”

Lindelof added, “Those issues are sacred ground and they will not be retread nor recreated nor reproduced nor rebooted. To be clear, Watchmen is canon. Nevertheless, he has stressed that the HBO series is not a sequel, either. The pilot episode was shot in Atlanta, and was directed by Nicole Kassell. One of the coolest aspects of Watchmen is thatÂ  Trent Reznor and Atticus Ross ofÂ Nine Inch NailsÂ will be composing music for the series.

Who Makes Up the Cast?

The biggest name in the Watchmen cast so far is Oscar winner Jeremy Irons, who has been revealed to be playing an older version of billionaire Adrian Veidt, better known as the former superhero Ozymandias. Joining him are Regina King, who worked with Lindelof on The Leftovers and has been cast in a lead role, as well as Don Johnson, Tim Blake Nelson, Adelaide Clemens, Andrew Howard, Louis Gossett Jr., Tom Mison, Frances Fisher, and Jacob Ming-Trent.

Additionally, Deadline announced that Legion star Jean Smart has joined the series as an FBI agent investigating a murder; her name appears to be “Agent Blake.” Could she be related to Edward Blake, a.k.a. the Comedian? It was his murder that propelled the narrative of the Watchmen graphic novel. Although the readers of the original comics know who killed the Comedian, to the public at large in the story, his murder remains unsolved.

Will The Show Tie into Doomsday Clock? 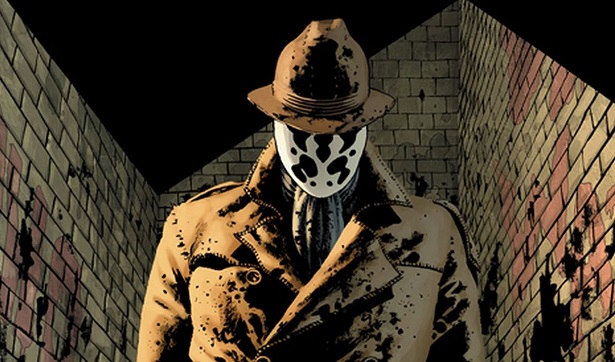 In the world of DC Comics, there is currently a quasi-sequel to Watchmen,  Doomsday Clock, which ties it into the greater DC Universe. Written by Geoff Johns and drawn by Gary Frank, this story tells us about the fallout of the events of the original Watchmen’s ending. However, signs point to the TV series as having a totally different take on what happened after the comic book’s final issue.

When Does Watchmen Premiere? 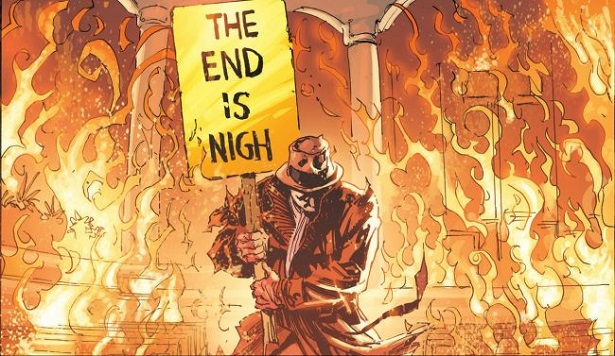 Watchmen is currently slated to set premiere in 2019, according to the show’s  HBO website, but the site does not list an official premiere date. If we were to take a guess, we’d think it will premiere shortly after Game of Thrones ends.

In the HBO 2019 teaser above, we get a glimpse of Jeremy Irons as Adrian Veidt/Ozymandias, a couple of unknown masked vigilantes, and several police officers wearing bright yellow masks that cover their entire faces. Most interesting, however, is one character who is wearing a mask very similar (but not exactly like) the one worn by Rorschach in the original comic book, as well as the movie.The most interesting tidbit we gleaned from the video was that in the backdrop of where Jeremy Irons is standing, you can make out a sign from Gila Flats in the ’50s, where Dr. Jon Osterman was transformed into Dr. Manhattan. Does that mean we will see Manhattan in the show? We’re not sure yet, but it seems he’ll factor in somehow.