Envision the Dimensions of Galaxies With 3D Space Photos - Nerdist

Envision the Dimensions of Galaxies With 3D Space Photos

What do you imagine when you think about space? Probably one of the rainbow-colored photos we so often see. A field of stars and galaxies. But those pictures are missing one integral component: dimension. The universe actually stretches on beyond our comprehension. Stars that appear right next to each other in a flat photo can exist millions of light-years apart.

This missing depth seemed obvious to artist and astrophotographer J-P Metsavainio. He shares on his website, “For as long as I have captured images of celestial objects, I have always seen them three-dimensionally in my head.” And thanks to science, technology, and a touch of creativity, Metsavainio figured out how to model his photos in 3D versions of themselves. This artist’s ingenuity is taking space to the next level. 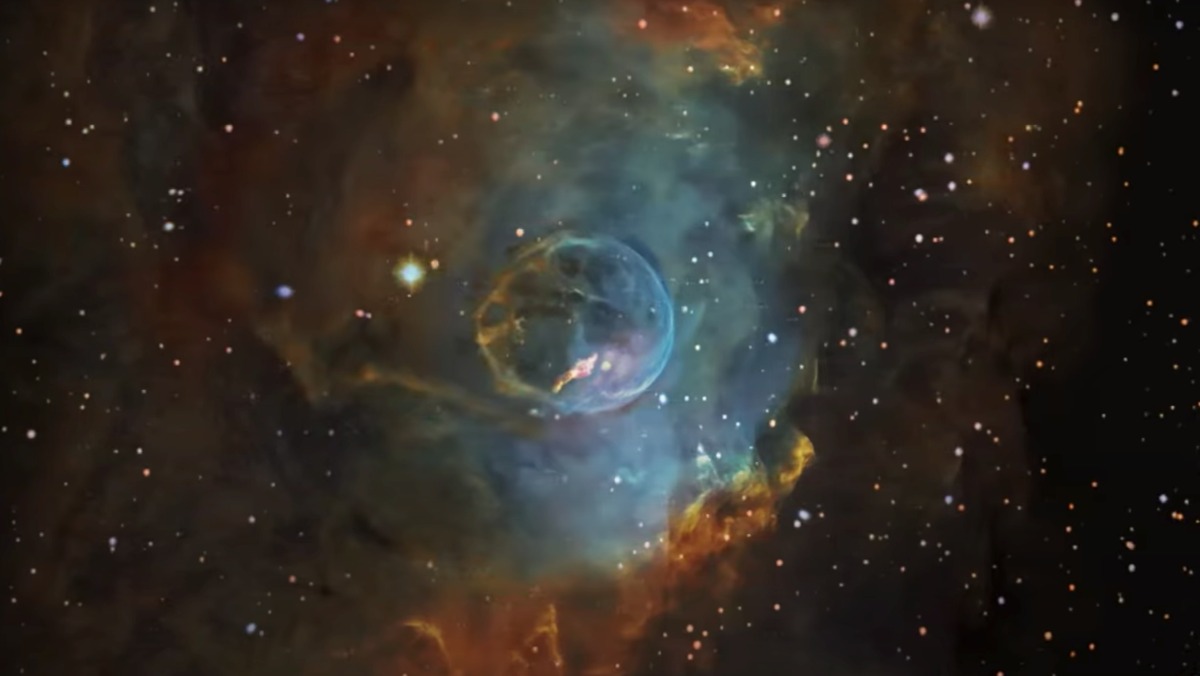 Metsavainio explains more about how he creates his 3D photos of space:

After I have collected all the necessary scientific information about my target, I start my 3-D conversion from stars. Usually there is a recognizable star cluster which is responsible for ionizing the nebula. We don’t need to know its absolute location since we know its relative location. Stars ionizing the nebula have to be very close to the nebula structure itself. I usually divide up the rest of the stars by their apparent brightness, which can then be used as an indicator of their distances, brighter being closer. If true star distances are available, I use them, but most of the time my rule of thumb is sufficient. By using a scientific estimate of the distance of the Milky Way object, I can locate the correct number of stars in front of it and behind it.

Additionally, many other indicators, big and small, come together to help Metsavainio with his models.

And the results, which we first saw on  PetaPixel, are astounding. Watching the videos makes one feel like they have landed in space. We’d love to see what these clips would look like in an IMAX theater. It would feel like we just blasted off ourselves.

Not only are they beautiful, but these 3D space photos and visualizations allow us to understand space better. Adding dimension really allows it to come to life before our eyes. Space, by definition, can seem like just a lot of empty air. But it’s anything but that. Now we can better see how its component parts interact with one another. And the fact that actual science backs these projects makes them even more remarkable. Maybe one day, we can see space’s dimensions for ourselves.