Watch Orbital Rockets Get Made On a 3D Printer - Nerdist

Watch Orbital Rockets Get Made On a 3D Printer

Even though space may seem like a billionaires’ playground more than anything else, real, significant improvements in rocket tech are happening all the time. SpaceX, for example, is already launching— and landing!—its giant Starship prototypes. Now, in a new video from YouTuber scientist Veritasium we get a look at Relativity Space: a private aerospace company building orbital rockets using 3D printers.

Veritasium, a.k.a. Derek Muller, recently posted the above look at Relativity Space to his channel. For those unfamiliar, Muller is a popular science educator who’s covered disparate, fascinating topics in the past. Such as thought experiments concerning what would happen if asteroids whammed Earth right in the face. Or analyses of what dust is really made of. (Hint: it’s skin.) 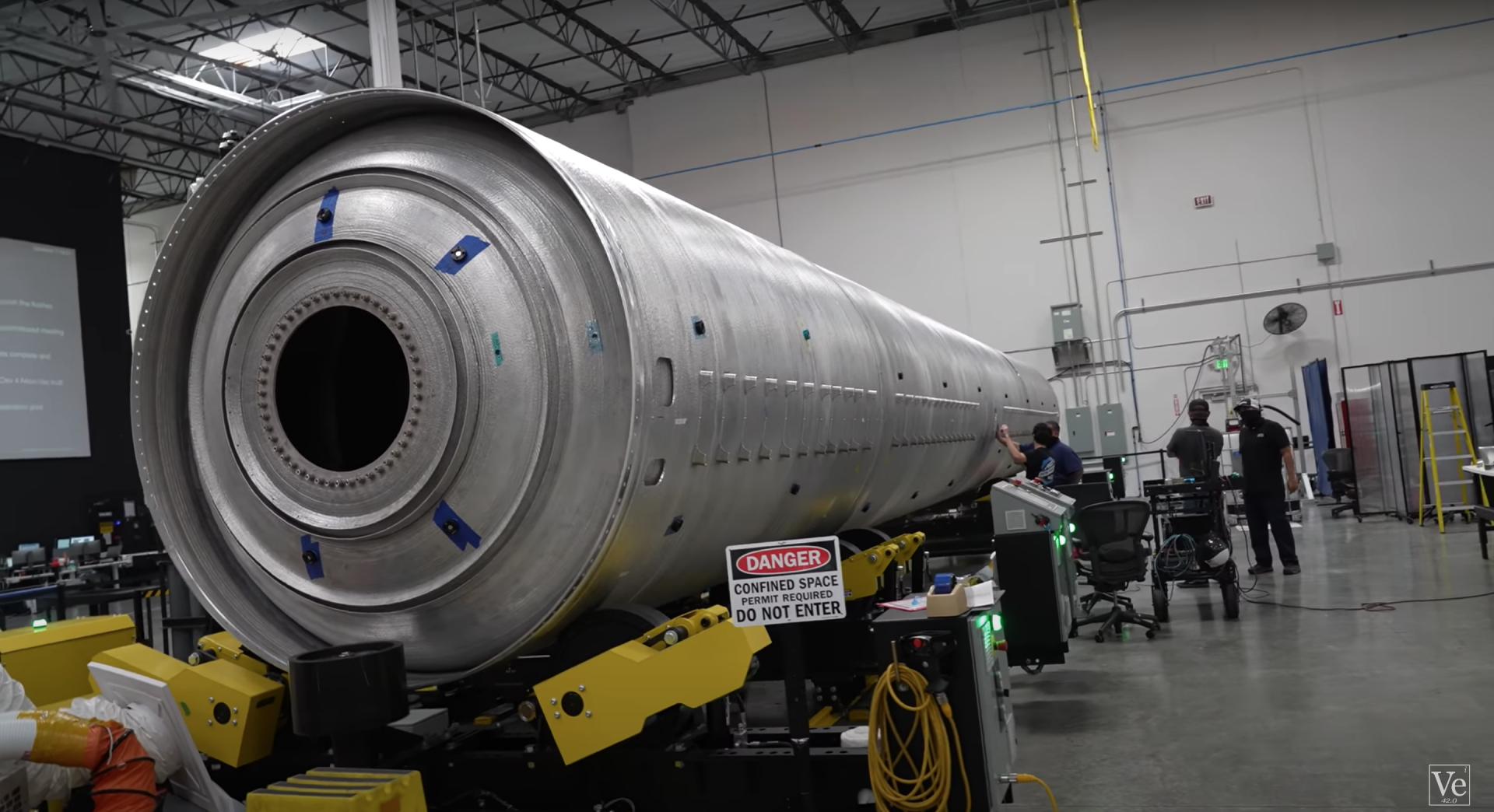 In the video, Relativity Space CEO Tim Ellis shows Muller around his company’s factory in Los Angeles. The glossy white factory, as Ellis shows, is home to a series of 3D printing machines that make many of the parts necessary to build orbital rockets. A setup that, while seemingly on par for the aerospace industry, could potentially be revolutionary.

Ellis shows Muller how Relativity can 3D print many of their orbital rocket’s parts, including incredibly complex objects that would otherwise require far more time and painstaking work to produce. For example, Ellis shows how his company can 3D print rocket engine combustion chambers, parts that would usually require the assembly of thousands of tubes through which cooling cryogenic hydrogen could pass. Instead, in Relativity’s rocket, the chamber is only a single piece.

Ultimately, Ellis makes it seem like Relativity’s goals align perfectly with those of SpaceX. Meaning both companies are desperate to build a colony on Mars. Which, of course, is going to be a profound challenge. Even with giant rockets like Relativity’s proposed “Terran R” in the video above. Although once humanity makes it there, 3D printing should make building Martian homes a cinch.