Cupisnique culture, which flourished from around 2,600 to 3,600 years ago along what is now Peru’s northern pacific coast, apparently really liked spiders. In fact, the culture worshipped a spider deity, which it celebrated via various forms of art. Now, archaeologists say they recently unearthed an adobe mural of the Cupisnique spider extraordinaire. And the ancient illustrated spider is both colorful and…wielding a knife.

Gizmodo reported on the spidey mural, which was discovered by accident in November, 2020. It seems farmers in the area—the province of Virú—were bulldozing land for new crops when they ran into the 3,200-year-old huaca. (Huaca is a term that describes an ancient, sacred Peruvian object.)

Régulo Franco Jordán was one of the first archaeologists on site, and the first to eye the mural. He described the process of identifying the mural—which shows fading signs of once-vivid ocher, yellow, gray, and white colors—in an interview with the Peruvian newspaper, La República, noting that it’s inside of what was likely a Cupisnique temple. In fact, Jordán’s colleague, Feren Castillo, says there were likely three buildings at this site; all in some way connected to religious ceremonies.

Speaking of which, the Cupisnique spider deity was no joke. Archaeologists believe the spider divinity represented rainfall, textiles, hunting, and warfare; all vital aspects of any thriving, ancient culture. The great arachnid in the sky was even a critical symbol for the culture’s various political groups.

“[T]he spider located in the temple, which I have baptized as Tomabalito, just faces the river that crosses the valley of Virú,” Jordán said in his interview with La República. “This animal is linked to water and is extremely important in the Hispanic culture, which…had a ceremonial calendar. It is probable that this special ceremony of the sacred and ritual water took place [here] between January and March, when the rainwater of the upper area fell.” 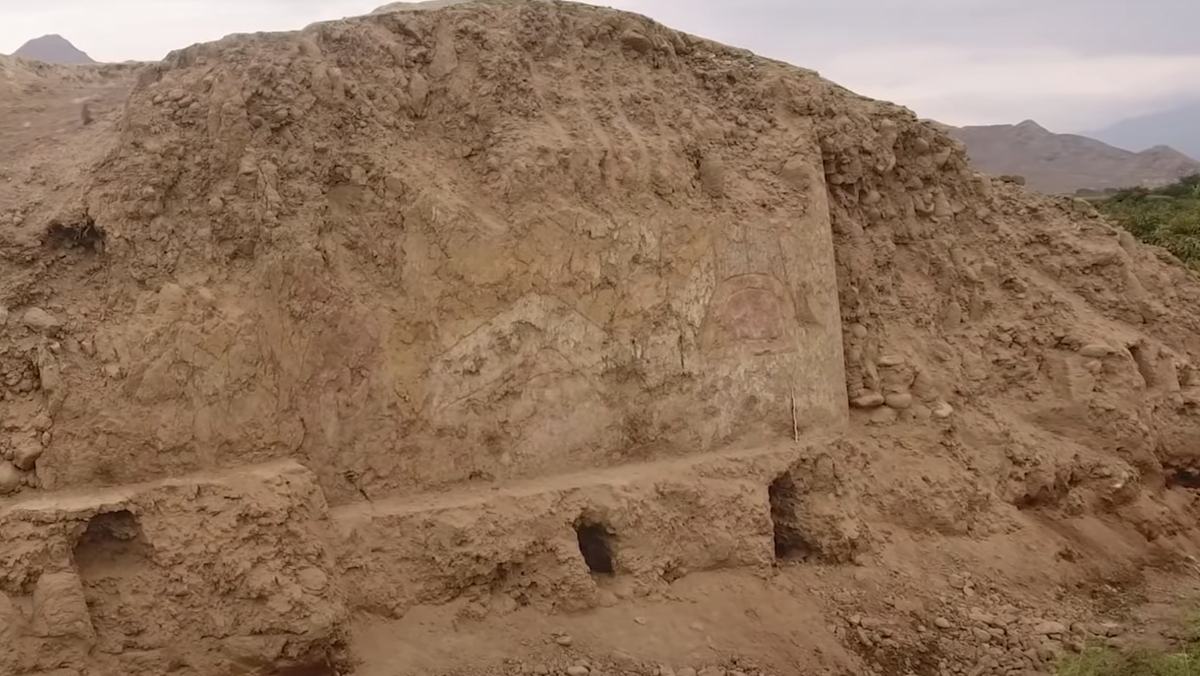 As for that knife, it appears the spider deity is holding it with one of its legs; note in the tweet up top that the spider’s holding the knife with its top, right leg. The spider deity is also unique in that Cupisnique art-makers depicted it with a feline mouth. As well as a bird’s beak. And while we’re not sure how that anatomy means the spider can wield blades, it certainly makes the grand bug even creepier.