Although it’s difficult to imagine, many galaxies in the universe have collided with another one at some point. Like two unthinkably huge, swirling saw blades made of planets and stars, they sometimes meet and commence mutual shredding. Now, a team of astrophysicists says it’s spotted a “dying” galaxy, which was likely formed, and mortally wounded, by one such collision. 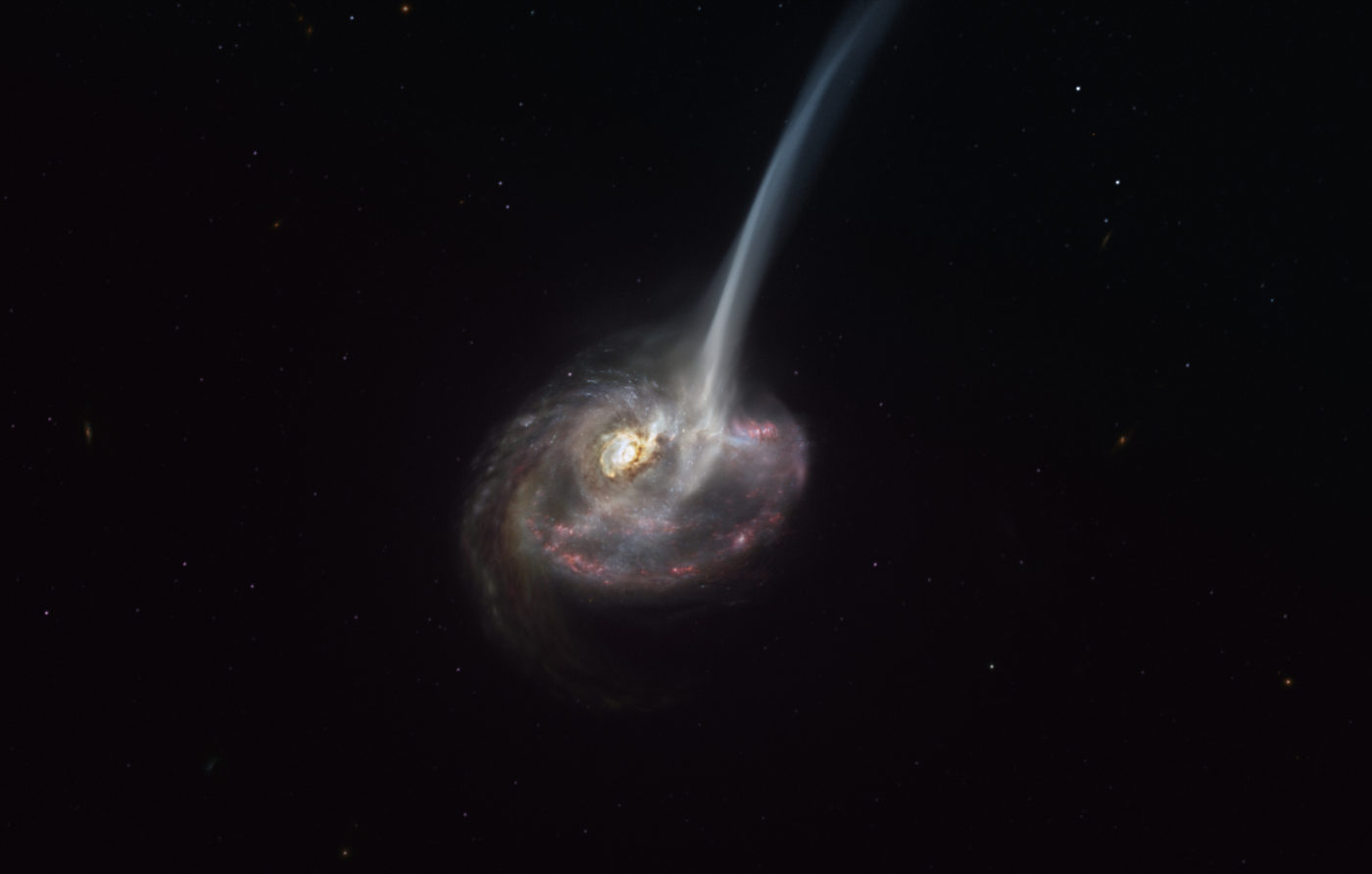 The team of astrophysicists used the Atacama Large Millimeter/submillimeter Array (or ALMA) in northern Chile to spot the dying galaxy, dubbed ID2299. The team discovered ID2299 by chance after looking through 100 galaxies. It caught their attention due to its ejection of star-forming gas—the fuel that keeps the galaxy thriving with newborn stars—at an extraordinary rate of 10,000 Suns’ worth per year.

“This is the first time we have observed a typical massive star-forming galaxy in the distant Universe about to ‘die’ because of a massive cold gas ejection,” Annagrazia Puglisi said in an ALMA press release. Puglisi is the lead author of a paper outlining the team’s findings recently published in Nature Astronomy, which comes via CNET.

As for the theory’s implications, it could fill in our understanding of how galaxies eventually stop churning gas into stars. And, ultimately, settle in for a billions-year-long death until the all its lights go out. Granted, there are other competing theories for why galaxies’ star-making tanks run dry. For instance, some really cool ones that involve “quasar tsunamis.”