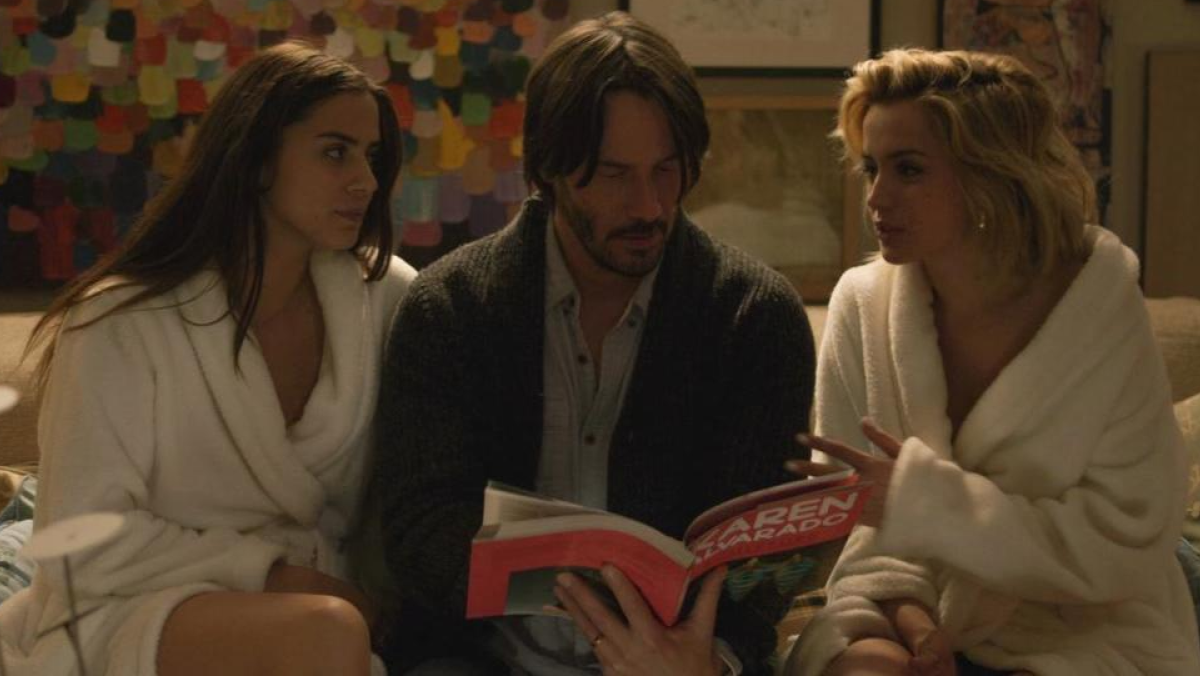 In this flick, Lowe teams up with another peak ’80s / ’90s heartthrob, James Spader. Wow. I love James Spader so much and he’s very close to his hottest here. Michael (Spader) is a high powered analyst who can’t escape his low self esteem. That is, until he meets Alex (Lowe). Enigmatic and handsome, Alex has some interesting ideas to help Michael find his confidence. Though at first it seems like a match made in heaven, Alex has a (very, very) dark side which threatens to put everything Michael cares about at risk. This is unadulterated ’90s neo-noir fun!

Where to Watch: Hoopla

If you grew up in the ’90s then chances are this was a formative sexy movie for you. Ryan Phillippe, Sarah Michelle Gellar, and Reese Witherspoon are killin’ it in this hot and heavy prep school reimagining of Dangerous Liaisons. Step-siblings Kathryn (Gellar) and Sebastian (Phillipe) engage in a nasty game of sexual experimentation focused on the famed playboy seducing a virginal Witherspoon. Of course, things all change when he falls in love.

Easily the sexiest of the films on our list, The Handmaiden is also a magnificent piece of cinematic artistry. Park Chan-Wook directs this perfect adaptation of Sarah Water’s queer period novel The Fingersmith. Moving the action to Japanese-occupied Korea, a simple setup hides something truly surprising as a con man—and the pickpocket he’s hired to help him—tries to seduce a wealthy heiress in order to steal her money. I just can’t overstate how good this is.

The Boy Next Door

Where to Watch: Free on Peacock

Where to Watch: Tubi

The Wachowskis made their feature debut with this lesbian neo-noir cult smash. Gina Gershon and Jennifer Tilly play the troubled lovers who come up with a get rich quick scheme that puts them on a crash course with the mob. This ultra low budget neo-noir is super cool and stylish as well as being queer as all hell. So basically move this one up to the top of your list and get ready to fall in love with Tilly and Gershon all over again.

I only recently discovered this highly enjoyable gritty little flick. Call Me takes the classic creepy prank call trope and turns it on its head. When a woman gets an explicit call she thinks is from her boyfriend, she heads to a bar to meet him. With her boo nowhere to be seen she heads to the bathroom and witnesses a horrific crime. This is a truly grimy and great little movie with a killer lead turn from Patricia Charbonneau, plus an early turn from Steve Buscemi!

Where to Watch: Free on Plex

Where to Watch: Free on Roku Channel

Jane Campion’s gorgeous and violent thriller is a must watch. Meg Ryan leads this dark exploration of desire as Frannie Avery, a teacher who gets entangled with a horrific murder case. Mark Ruffalo is the hot detective that encourages that entanglement. Far more experimental and transgressive than most of the films on this list, In the Cut is a dark delight.

Careful What You Wish For

Where to Watch: Free on Tubi