Willem Dafoe Goes on the Offensive in THE LIGHTHOUSE Clip

You’re unlikely to see a movie in 2019 quite like Robert Eggers’ The Lighthouse. Its presentation is unique for the time; a moody black-and-white two-hander shot in a silent-era, nearly square aspect ratio. But it possesses a dreamy, fantastical quality that only offsets the overload of dread the audience feels from beginning to end. Is there truly an otherworldly power emanating from the massive light? Or is it simply two men growing increasingly stir crazy trapped in small quarters with too much alcohol and not enough food? It’s the question at the heart of the movie, but one we’re excited to ponder even after it ends.

And let’s not forget the two amazing performances driving the movie. Robert Pattinson plays a young drifter who takes a job as the assistant lighthouse keeper on a remote island in New England. Running from something, he tries to get through his month without incident. But he has to contend with Willem Dafoe. Dafoe plays the aging, veteran sea captain-turned-lighthouse-keeper (or “wicky”) who is full of superstition and appears to have a strange and almost violent attachment to the light itself.

Naturally these two don’t get along super well after a fashion, and in this exclusive clip, Dafoe has some choice words (in amazing sea-faring dialect) about the “young, soft” Pattinson.

I truly adore the lyrical nature to the dialogue in this clip, and indeed the whole movie. Him calling Pattinson a “painted actress” who thinks he deserves devotion because he was born is a scathing and delicious line. “Boo. Boo. Whatcha gonna do?” It’s a devastating 40 seconds. But can you even trust he’s telling the truth?

Like Eggers’ previous, The Witch, the period, regional dialect makes the movie. But in this movie, Dafoe and Pattinson each have a different, very thick accent and manner of speech, which adds to the fissure that grows between them. They feel like they aren’t speaking the same language, because they kind of aren’t. They have perfunctory conversation that leads to contempt and disdain. Each man is harboring a dark secret or two, but neither is in a position to do much about it.

While the air of doom and cosmic confusion permeates every scene, the characters’ interaction gives the film a deep vein of humor, often raucous and silly, sometimes bleak and rueful. We’re never sure if what we’re seeing is true or a figment of a broken psyche. But whose broken psyche? And how broken? And for how long? Five weeks? Two days? What do men do out there, completely cut off, for any amount of time? What preys upon them when they’re that remote?

Stunning, upsetting, funny, and weird, The Lighthouse is a masterpiece of both minimalism and grandiose vision. 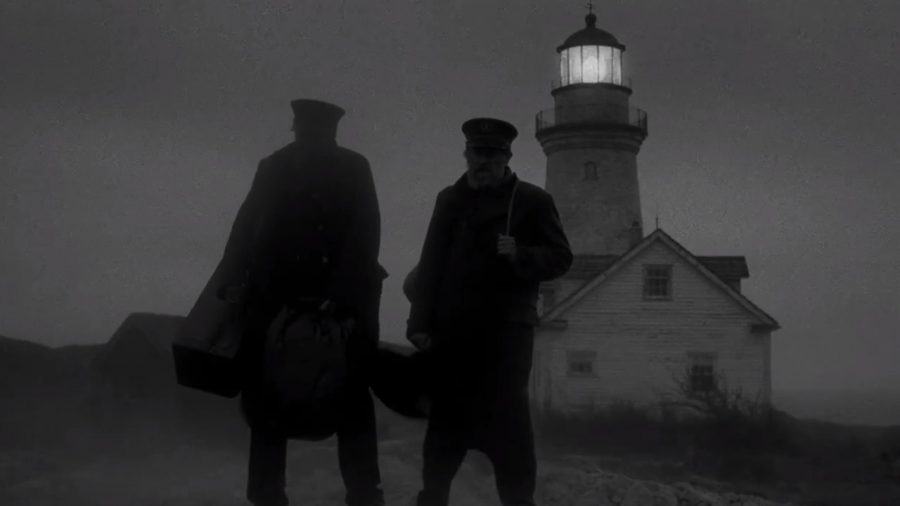 The Lighthouse is a stunning piece of work, and you’re in luck! It’s in theaters nationwide now. You too can go see the movie that’ll delight, upset, and mystify you in equal measure. For more information on the film you can click here.