10 Movies You Never Knew Were Based on Classic Literature - Nerdist

10 Movies You Never Knew Were Based on Classic Literature

Did you know that some of your favorite films might have actually been based on classic literature? Here are some that you may or may not have known about. 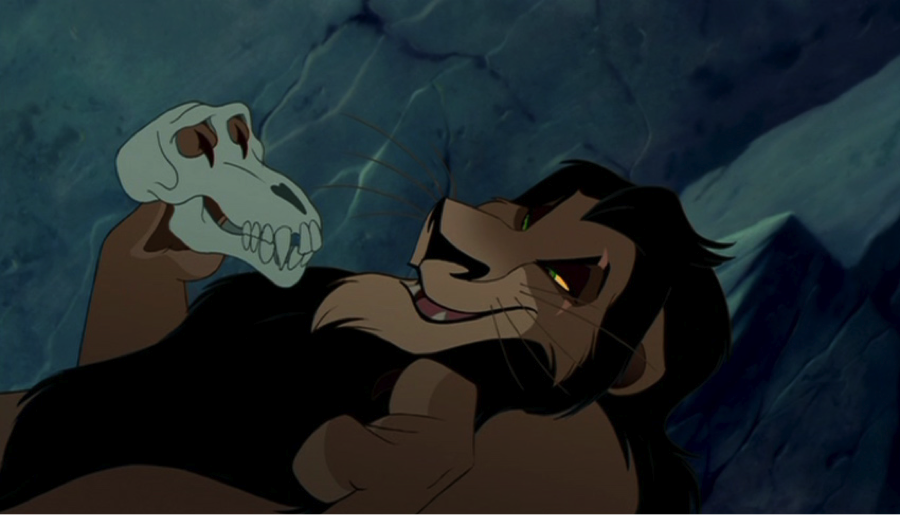 A conflicted young prince in exile reeling from his father’s untimely death, an evil uncle scheming for the throne, two childhood friends providing some much-needed comic relief amid all the implied incest and bloodshed – are we talking Shakespeare or Disney, here? Both, since The Lion King is essentially Shakespeare’s Hamlet acted out by talking lions.

If in Africa, not Denmark, do we lay our scene, then Simba plays Hamlet, Mufasa is the murdered king who won’t stop lecturing his son even in death, Scar kills it as the murderous usurper Claudius, and Timon and Pumba are cast as Rosencrantz and Guildenstern. Nala, our Ophelia figure, thankfully doesn’t die, because Disney didn’t go full-on tragedy here – maybe more like ‘tragicomedy’. With really catchy Elton John songs. 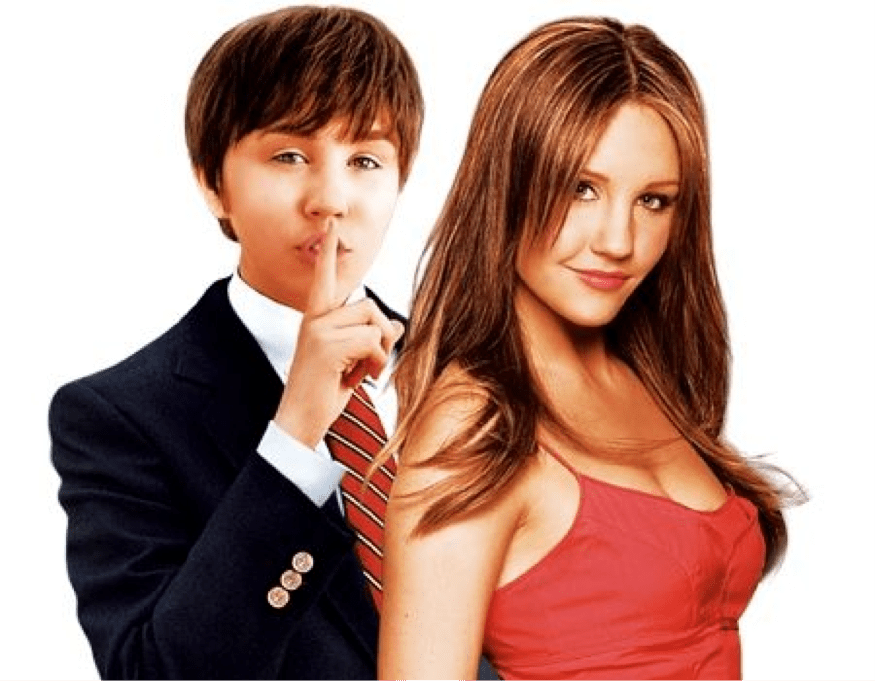 We don’t just have Shakespeare to thank for inspiring an award-winning animated musical. He was also the inspo behind the 2006 Amanda Bynes vehicle She’s The Man, which – while it may not be an enduring classic of our time – is still straight up hilarious. No tragedy required!

She’s The Man follows the comedic exploits of Viola, who disguises herself as her twin brother Sebastian and accidentally seduces a girl named Olivia while herself falling for hot jock Duke – played by Channing Tatum, natch. Sound familiar? It should, if you’ve read Shakespeare’s Twelfth Night, because She’s The Man is a pretty faithful adaptation in terms of plot. Plus, we all know how much Shakespeare loved his physical comedy and dirty jokes: it’s safe to say this modern version of Twelfth Night would have gotten a big thumbs up from Will. 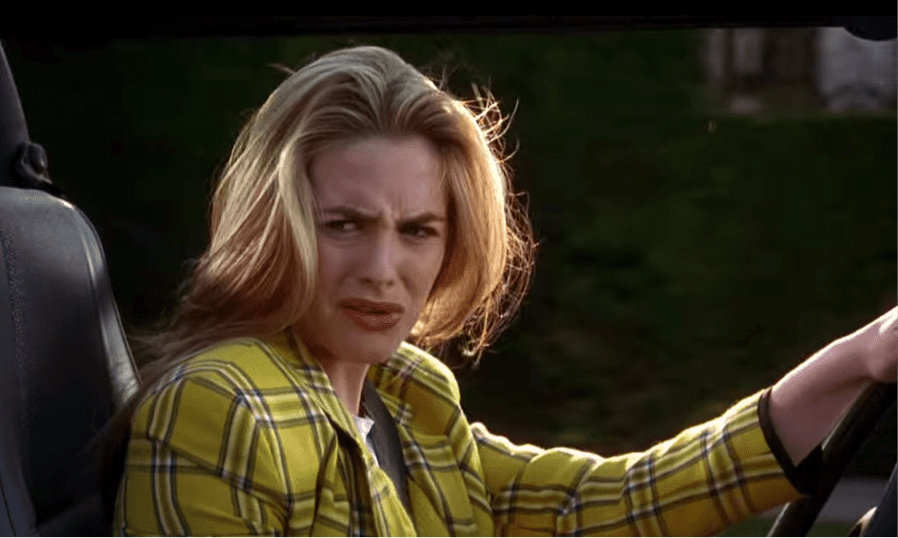 At first glance Cher Horowitz might not seem like your typical demure Jane Austen heroine, but she’s got just about everything else in common with Emma’s titular Emma Woodhouse – an entitled, clueless matchmaker whose complex social hierarchies have been transplanted from Regency England to a 90s high school in Beverly Hills.

With Josh as Mr. Knightley, Christian as Frank Churchill, and Tai as Harriet Smith filling out the cast, Clueless is tonally true to Jane Austen’s playful, satirical original story, and a whole lot more fun than the more traditional Gwyneth Paltrow version that came out a year later. (Empire waist dresses instead of plaid skirts? Ugh. As if.) 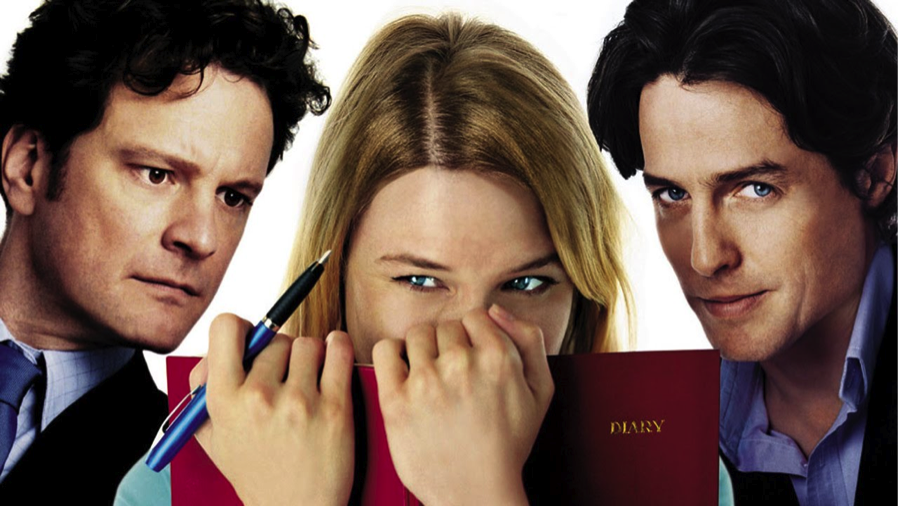 This Austen-inspired film was a little more blatant about its original source material when it cast already-beloved-Mr. Darcy Colin Firth as Mark Darcy – because if he already nailed the role so perfectly in the iconic 1995 Pride and Prejudice BBC adaptation, why not have him reprise it for the 2001 modern rom-com version, Bridget Jones’s Diary? Why not indeed, dear reader. Why not indeed. 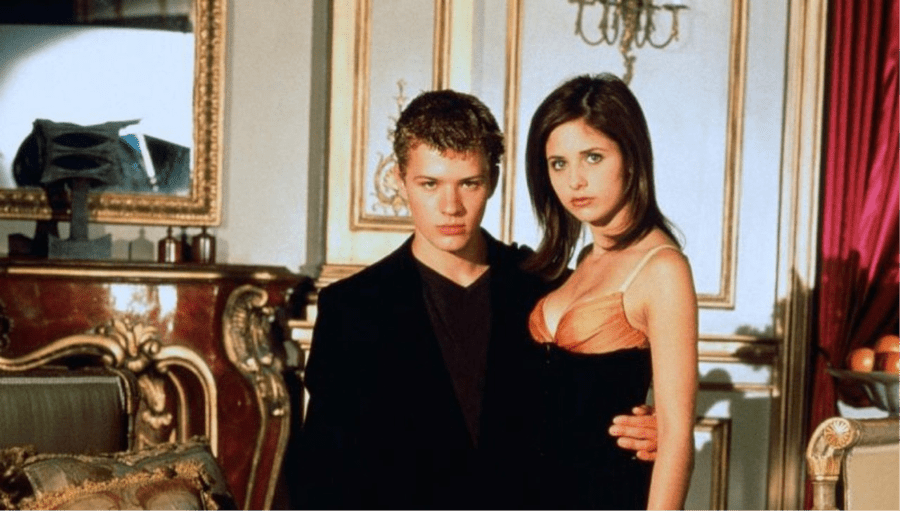 What do you get if you take the aristocratic seduction games out of the 18th-century French court and give them to beautiful, wealthy, and manipulative American high schoolers in New York City? No, not Gossip Girl – Cruel Intentions did it first.

Based on the 1782 novel Dangerous Liaisons by Pierre Choderlos de Laclos, Cruel Intentions (1999) essentially pioneered the ‘rich pretty teenagers making out with each other in amazing clothes’ genre, and it did so with such panache. Snorting cocaine out of a crucifix? They didn’t do that in 18th-century France. 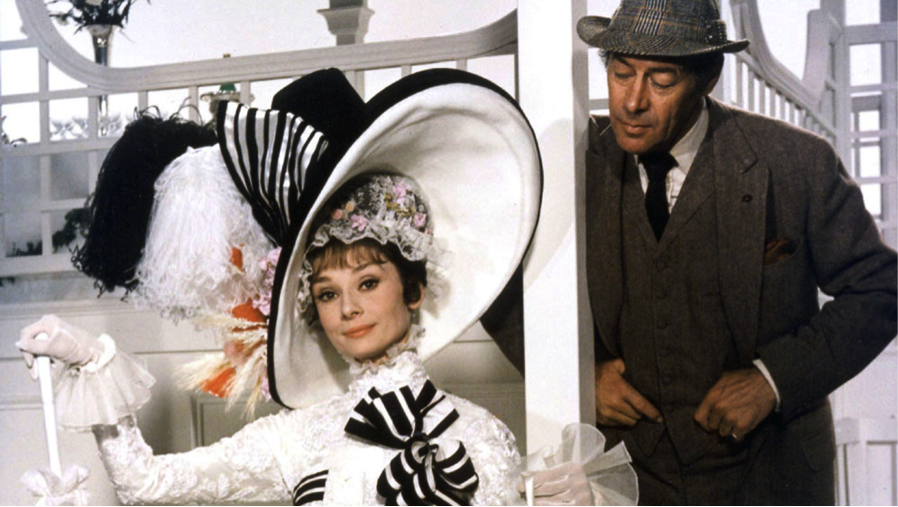 Years before ABC’s Selfie had Karen Gillan get a makeover or Pretty Woman gave us Julia Roberts as the ultimate hooker with a heart of gold, My Fair Lady (1964) featured the original Eliza Doolittle: first introduced in George Bernard Shaw’s 1913 play Pygmalion. Audrey Hepburn and musical numbers – could there be any classier way to update a classic work of literature? That was rhetorical. The answer is no. 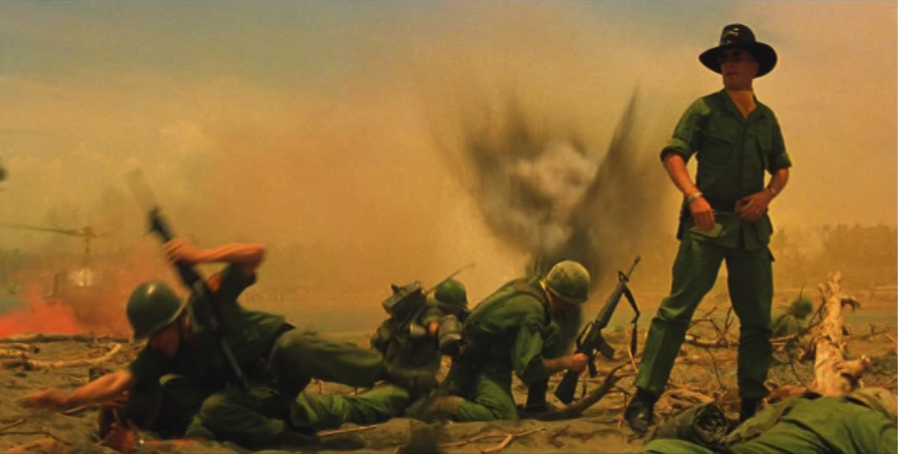 Who better to translate Heart of Darkness to film than Francis Ford Coppola, godfather of darkness? All of the names from Joseph Conrad’s original novel (aside from Kurtz himself) were changed along with the setting – which was altered from colonial Africa to the frontlines of the Vietnam War – but the basic story remains basically the same: a guy travels up a river to confront an evil genius along with his own deepest fears and the darkest corners of his psyche. Pretty intense – much like the process of making the film itself, which was chronicled in the documentary Hearts of Darkness: A Filmmaker’s Apocalypse.

O Brother, Where Art Thou? → The Odyssey

The Coen Brothers didn’t actually read The Odyssey before writing and directing O Brother, Where Art Thou?, instead drawing on popular culture’s many retellings and reinterpretations of the story to create their own satirical version of Odysseus’s journey.

Sure, rural Mississippi during the Great Depression isn’t exactly ancient Greece after the Trojan War, but they’re nonetheless both settings for retellings of Homer’s classic tale, which involves the longest and most arduous process of getting home ever…and also a creepy blind dude. Close enough. 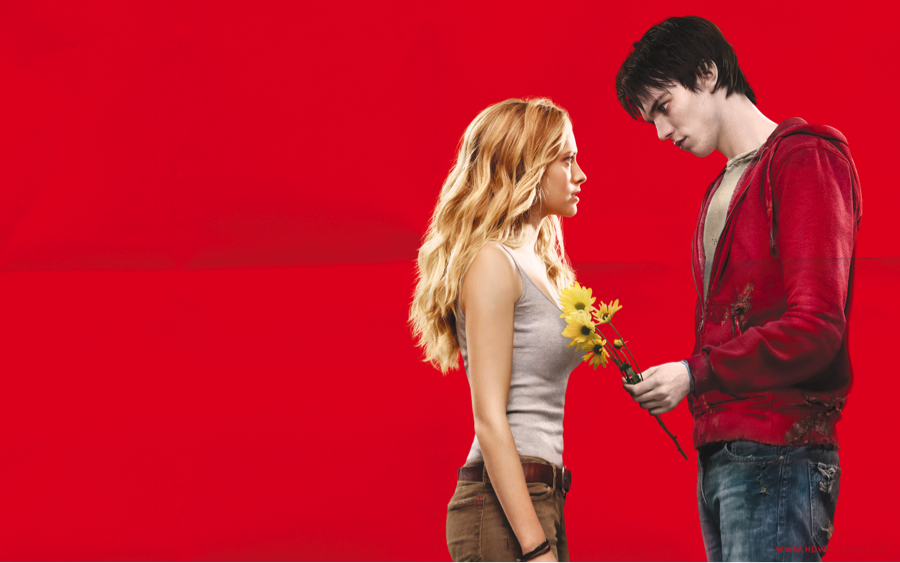 Warm Bodies is essentially Romeo and Juliet if Romeo was a zombie. Our living heroine Julie falls for a zombie known only as R (get it?) but they can’t be together because R wants to eat Julie’s brains. And you thought Taylor Swift played fast and loose with her interpretation of Shakespeare’s most infamous teen lovers.

In all seriousness, though, Warm Bodies is a clever and surprisingly sweet twist on a tale we thought we’d seen every possible iteration of – turns out, not quite.

10 Things I Hate About You → The Taming of the Shrew 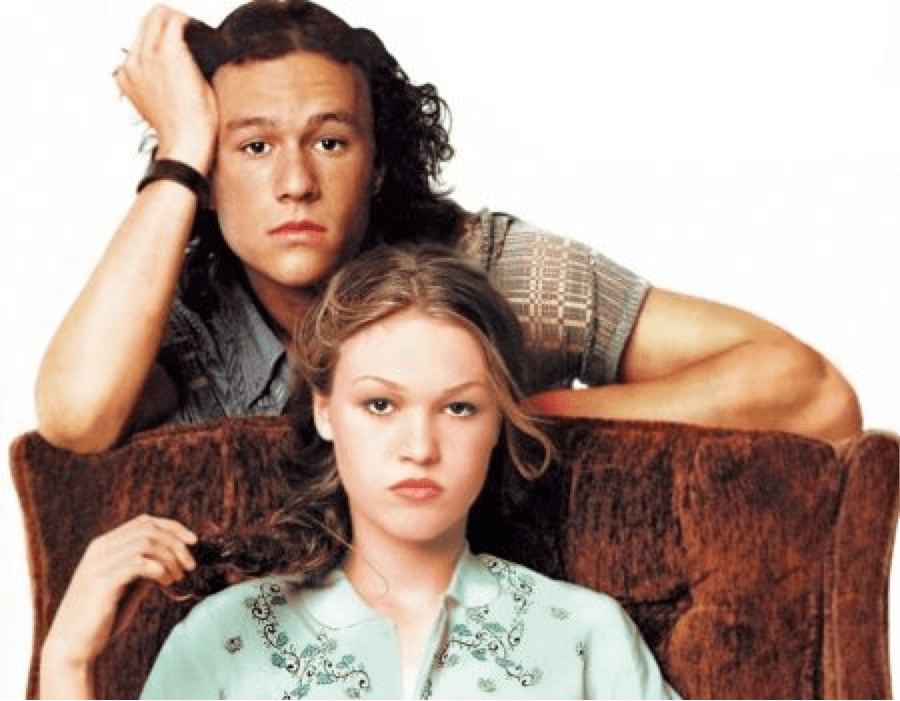 And finally, no list of film modernizations of classic literature would be complete without 10 Things I Hate About You, a staple of the 90s teen angst comedy genre for which we can once again thank William Shakespeare.

Julia Stiles’s independent, outspoken Kat is the feminist heroine that Katherine from The Taming of the Shrew could only dream of being in Elizabethan England. She isn’t afraid to call out sexism and read Sylvia Plath on her way to allowing herself to fall for Patrick Verona, played with bad boy aplomb by Heath Ledger (RIP). There’s nothing to hate about updating Shakespeare’s most problematic love story for a contemporary, progressive audience – not even close, not even a little bit, not even at all.

What are some classic books that should be adapted into films? Tell us in the comments below!