Queer mech dystopia with found family and enemies to lovers? Yes, please. Before we even read Zoe Hana Mikuta’s incredible debut, Gearbreakers it sounded like it could be one of our favorite books of all time. The 21-year-old author created something truly awe-inspiring with her immersive sci-fi novel. Set in a dystopian future of Godolia where a tyrannical government rules with an iron fist thanks to the giant mecha deities they’ve created, we meet two young women. One is an enhanced mech pilot, and the other a “Gearbreaker” whose only mission is to take down the massive machines known as Windups. Though they may seem like enemies, both want nothing more than to topple the mecha-monsters and their masters.

The Story Behind Gearbreakers 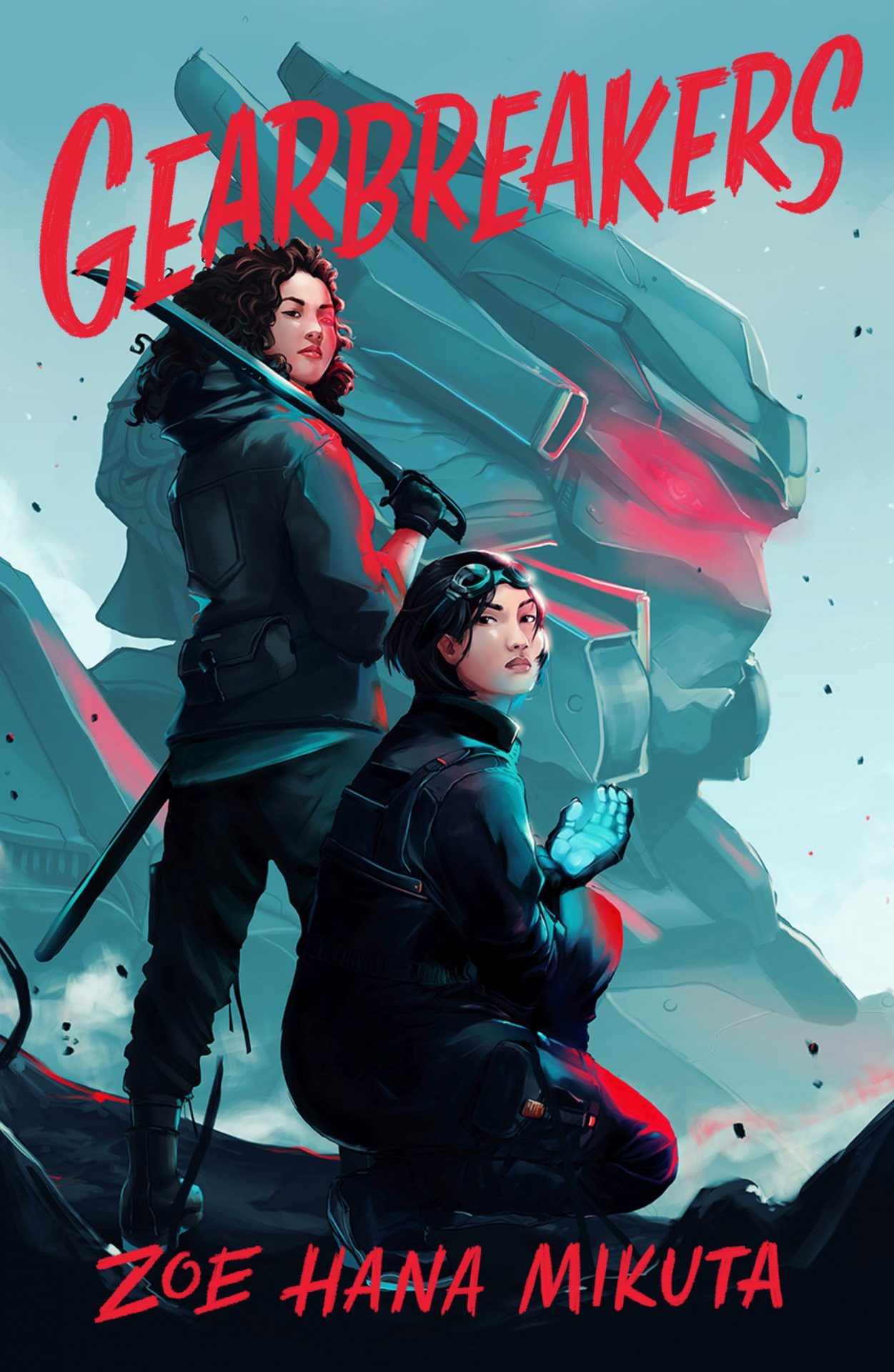 For the debut author, the awesome sci-fi story was a chance to write about things that she loves and, most importantly, that she enjoys writing. “It basically just has everything I get an absolute kick out of writing—mechas, enemies-to-lovers, crisis of humanity, girls liking girls, found family full of idiots, renegade kids, and crazy weapons,” Mikuta told Nerdist over email. “The overall conflict arc in Gearbreakers is something that has been seen before in YA, right, just taking down the evil government. But I wanted to differentiate past that initial structure with all of the emotional arcs. I feel like something lacking in this recognizable conflict arc was how much it weighs on the individual. And especially in YA, I feel like the fact that the protagonists are kids is largely understated.”

Guillermo del Toro‘s mecha masterpiece heavily influenced Gearbreakers. “ Pacific Rim is my favorite movie of all time,” she said. “It’s completely cheesy with over-the-top acting and literally the best thing ever. I definitely wanted to write mechas, and I did make them scary, because that’s what was always in the back of my head when I watch anything with giant mechs in it. They’re a little terrifying! It all just kind of stemmed from that initial thought, that I wanted giant robots.”

Gearbreakers began when Mikuta was just 17, which gives the book the rare privilege of being a YA novel created by a teen. “I was the same age as my characters when I first wrote Gearbreakers,” Mikuta explained. “I wanted to emphasize how it felt to be that age, even in the midst of the sci-fi war rampaging around the characters. Feeling your youth in tandem to ancient structures that feel largely unchangeable, and the frustration that stems from that, and the love that stems from that, so it feels almost like rebellion. I really wanted to capture that kind of rawness in my characters as they stand on a deteriorating world.”

The Lure of Found Families 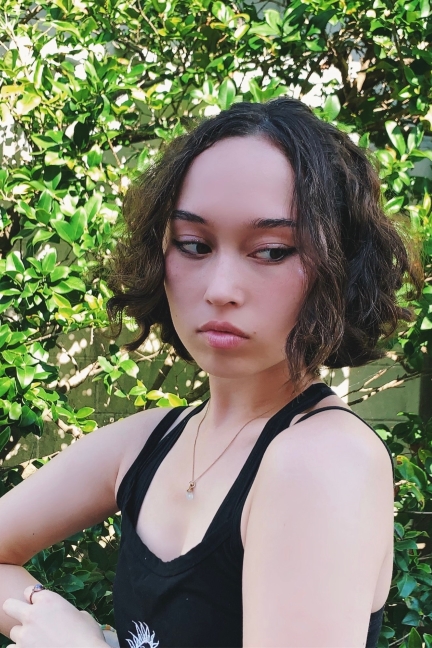 Aside from the epic world-ending mech war of it all, the novel features some of our favorite tropes like enemies to lovers and found family. For the author, it was a joy to dissect and play with her favorite story archetypes. “Honestly, I just love enemies to lovers for the drama of it all,” Mikuta shared. “And the trope is always a bit more feral than what’s usually out there when you add some sapphics. Found family is my ultimate favorite trope, just so freaking comforting, and I think recently I’ve been able to connect that to my queer identity.”

She continued, “To find other people who like you for whatever you are, or, within the frantic and violent Gearbreakers world, like you no matter what you’ve done or what you’re going to have to do, those are the people who really matter. The found family trope has a tone of a total lack of judgment. And honestly, bonus if most of the participating characters have one brain cell when they’re all together.”

An Epic Enemies to Lovers Adventure

Sona and Eris sit at the heart of that found family. An enhanced Mech pilot and Gearbreaker respectively, their unexpected romance is one of the most exciting parts of the book. “I did want to open up the larger ideas of humanity and war, how we don’t choose the sides we’re born on and essentially implanted with, so I knew I needed someone on the opposite side from the Gearbreakers, even if Sona’s loyalties aren’t truly with Godolia,” Mikuta explained.

She continued. “I wanted both girls wrecked with revenge so that they could start to grow out of it when they met one another, like that inevitable softness that comes, I think, with falling in love. Softness is their arc. I think that’s a part of what gives the novel that contemporary beat to it. Eris needs to make herself less cold-hearted, a practice that comes from her always being prepared to lose people, to realize that it’s better to love a lot and get hurt for it than just being numb. Sona works to weigh the people in her present over the people she’s trying to avenge in her past, shifting who she is fighting for, which also, of course, ends up being herself, too.”

With the book on shelves now, Mikuta is clear on who she sees as the audience and what she wants them to find in her debut novel. “I’ll refer back to my dedication in Gearbreakers,” Mikuta teased. “For the reckless, lovestruck kids. (The former may be lethal, but the latter makes it worth it.) You know, life is short. Love people a lot. Get some tattoos if you dig it.”

Gearbreakers is available now from wherever you buy books.