Danish archer Lars Andersen has demonstrated some massively controversial archery techniques over the last few years. The energetic bowman, for example, has shown ways to release bows in midair, and even shoot arrows around walls. Now, Andersen is back with a new video showcasing another debatable technique: one that may have allowed medieval archers to loose thousands of arrows in seconds.

Andersen just posted the video exploring the unique tactic, which is based on an interpretation of text from a manuscript on Arab archery. The manuscript, Arab Archery: An Arabic Manuscript of About 1500 A.D., outlines the bow techniques archers in the medieval Orient used. And, apparently, archers at the time, in that region, were sometimes capable of loosing 10 arrows simultaneously.

In the video, Andersen demonstrates his interpretation of the technique, unleashing approximately five arrows per second. Initially, Andersen shows how he’s able to shoot ten arrows simultaneously, by nocking them one by one. However, he notes that method likely would’ve taken far too much time to have been effective. 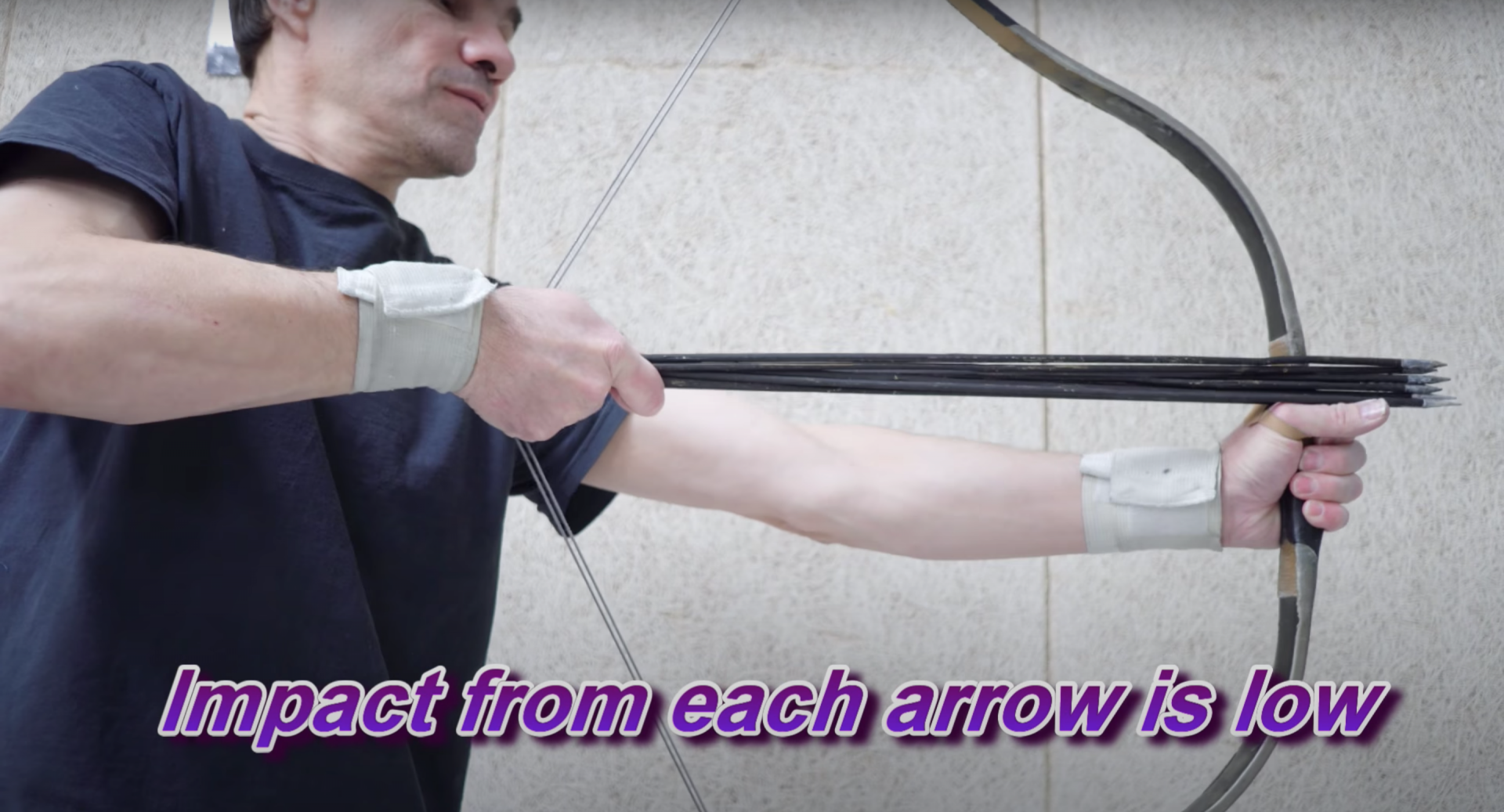 Instead, Andersen settles on a “shotgun” approach to the method, doubling up the bow string and taping it together. This modified bow allows Andersen to, in effect, nock a fistful of ten arrows in less than a second. And subsequently loose them in a spray of—what could’ve been—death and pain.

Speaking of which, Andersen notes the technique’s damage capabilities are unclear. Despite the fact Andersen’s able to demonstrate the possibility that a small team of archers could’ve shot 1,000 arrows in 25 seconds, they don’t have much velocity. And absolutely horrid precision. 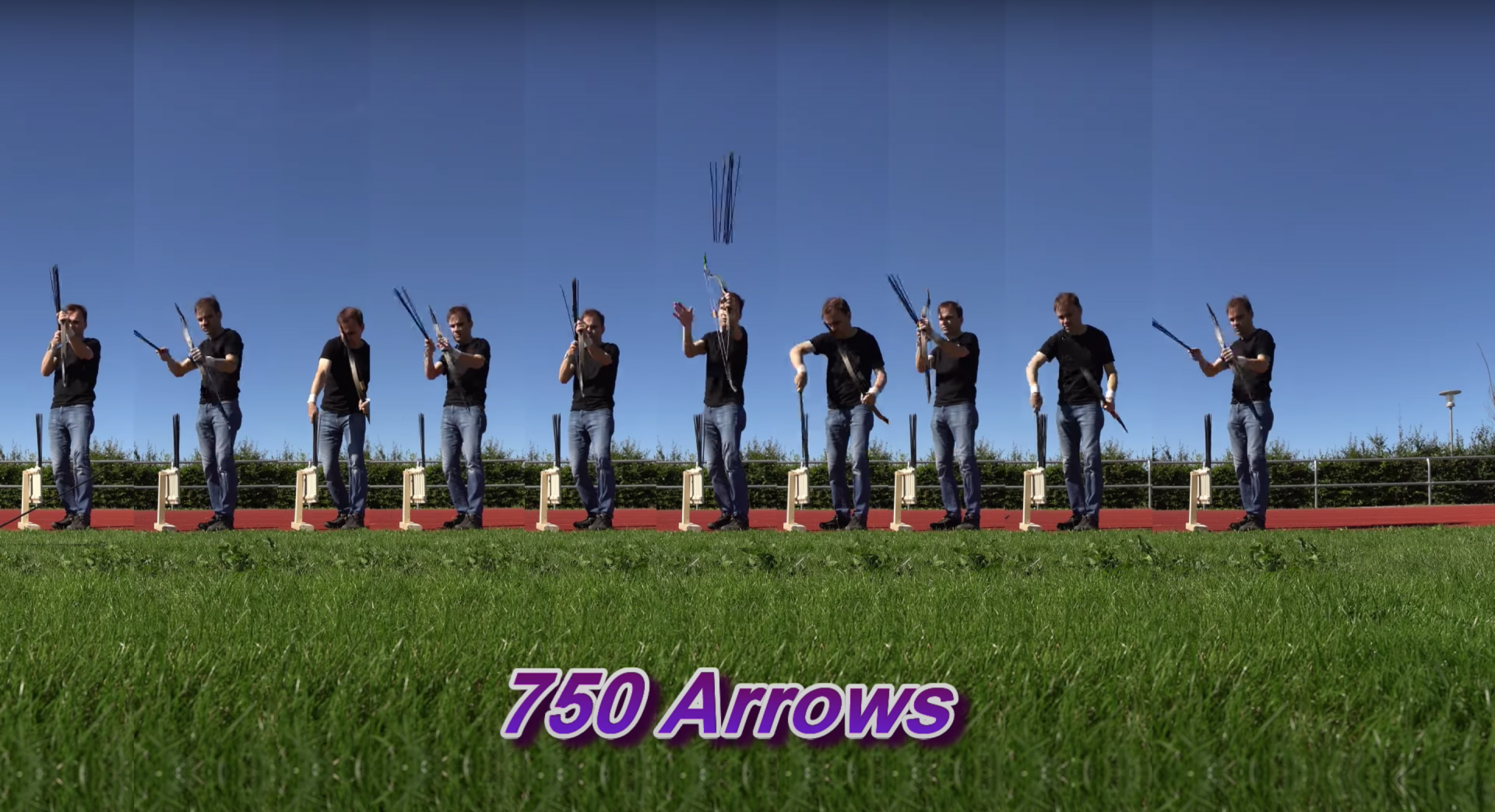 However, Andersen shows how the arrow tips could’ve been made ultra-sharp, and dipped in poison. And this strategy, for our money, does genuinely seem like it could’ve been deadly. Because things with excessive numbers of poisonous points are always incredibly dangerous. Even if they look happy and harmless, like Andersen himself.