Twenty-five years ago, a major studio took a big risk and unleashed a sexually explicit, NC-17 rated film into wide release for the first time ever. Showgirls, directed by hit-maker Paul Verhoeven and written by his Basic Instinct collaborator Joe Eszterhas, was a movie that was meant to change the game in Hollywood. Instead, it flopped terribly at the box-office and got hideous reviews—some of the worst for any big studio release ever. The very name Showgirls became synonymous with “godawful movie.”

But that wasn’t the end of the road for Showgirls; it was just the beginning. Verhoeven’s big budget spectacle of seedy Las Vegas nightlife might have bombed, but the story of hitchhiking stripper-turned-dancer Nomi Malone (Elizabeth Berkley) found a whole new life on home video. It was the ultimate “so bad its good” movie, and it became a cult classic in record time.

Now, one Showgirls devotee has taken it upon himself to explore the entire phenomenon, mainly from the perspective of the fans who just can’t get enough. First-time filmmaker Jeffrey McHale’s new documentary You Don’t Nomi navigates the waters of our endless fascination with Showgirls quite unlike anyone has before. 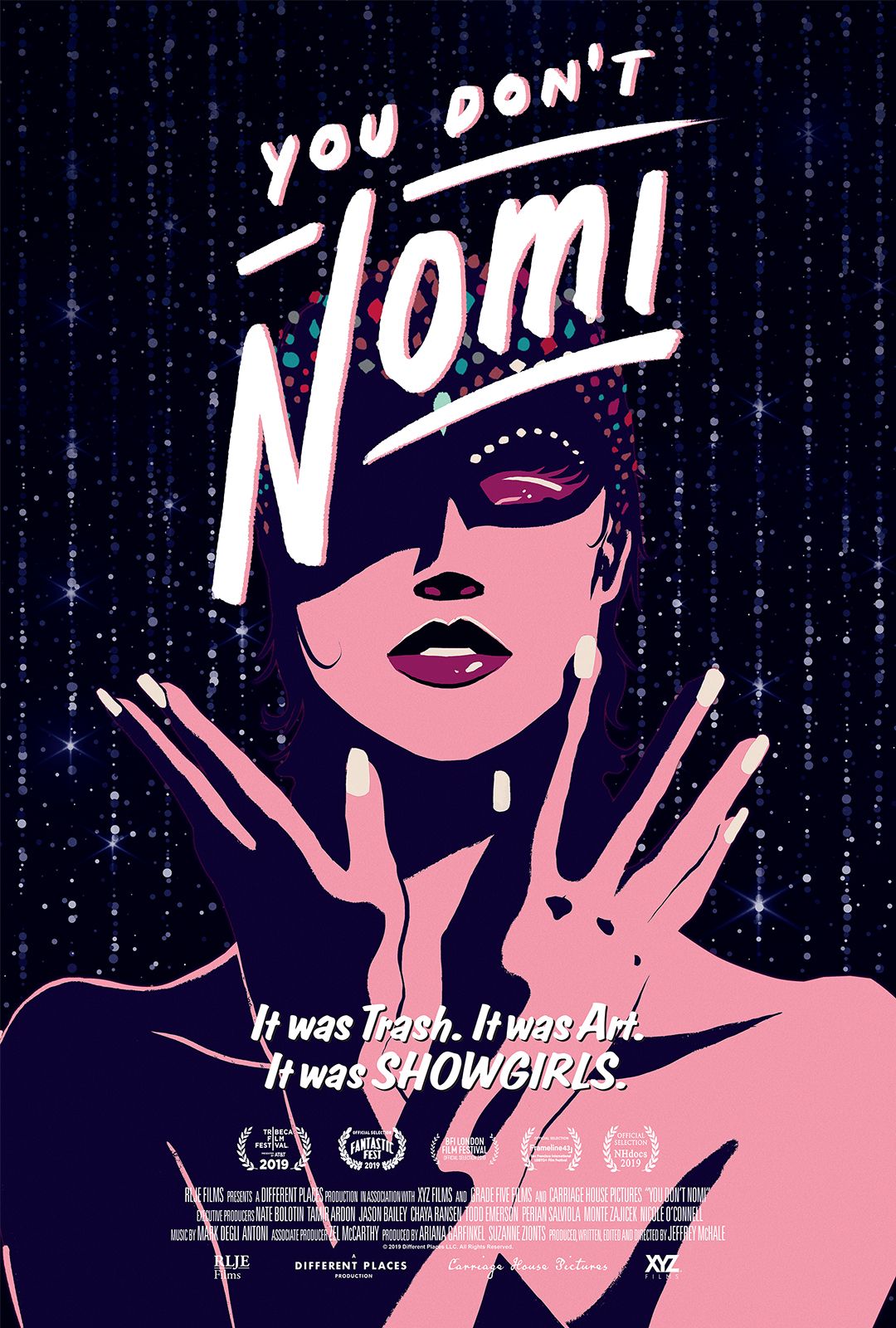 You Don’t Nomi dives deep into why so many people all over the world have become obsessed with trashtacular saga of Nomi Malone and her superstar rival, Cristal Connors (Gina Gershon). McHale found the main structure for his film by resting its narrative on one central thesis: Is Showgirls a misunderstood masterpiece, a piece of s***, or something else entirely… perhaps a masterpiece of s***? 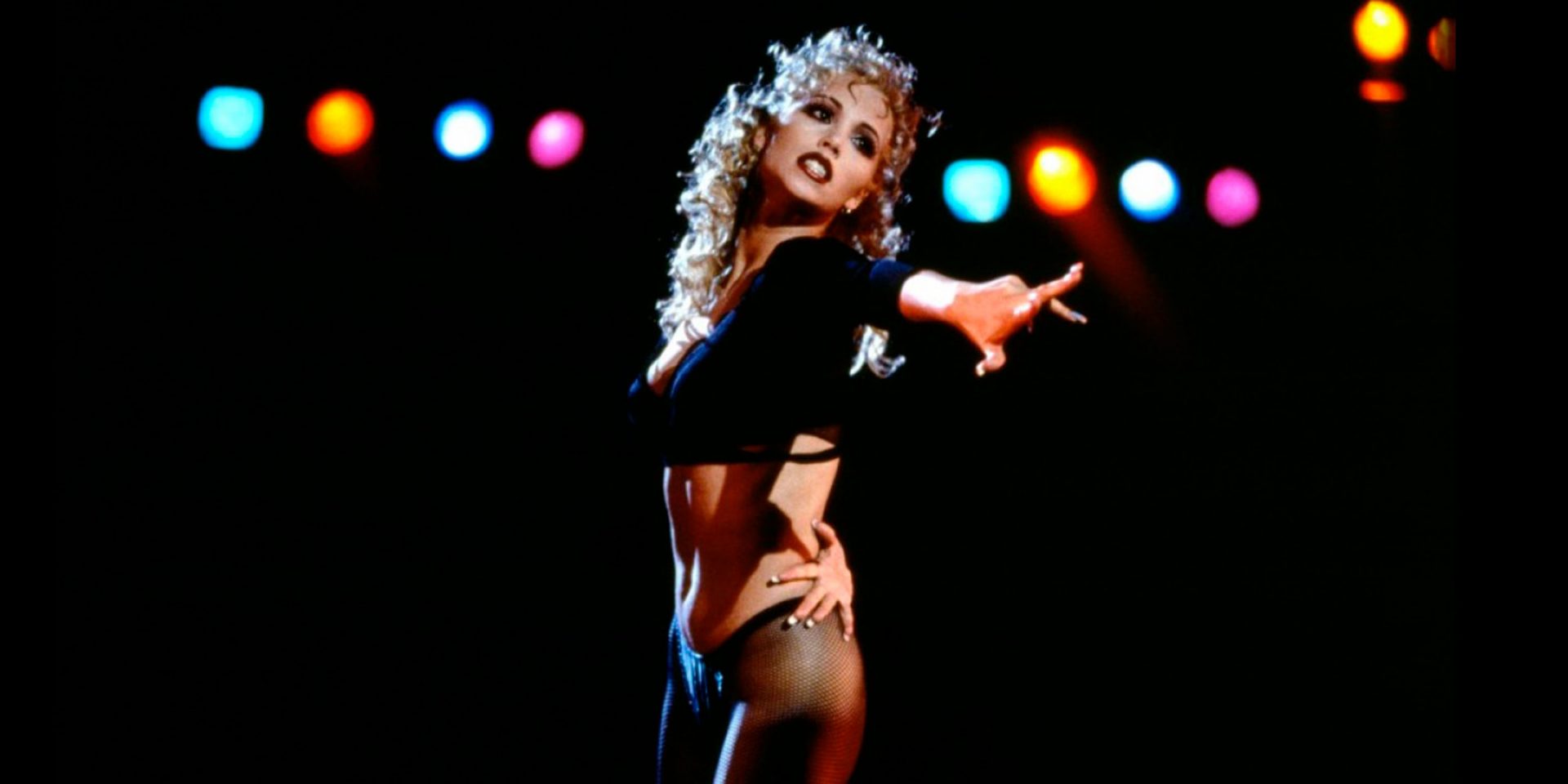 “It took me some time to get the structure of the film, in the editing process,” McHale told Nerdist. “I basically started by just kind of attacking each scene, or moment, or idea. And then once I had it all laid out, I realized that everything fit perfectly into those three ideas. And that each of those ideas were connected to the evolution of the film. Showgirls was rejected when it first came out, so that classified it is as ‘a piece of s***.’ And then the cult audiences found it and thought of it as a misunderstood masterpiece. And then this new fanbase came out which appreciated it for those flaws, and so now it’s ‘a masterpiece a piece of s***.'”

One of the great things that You Don’t Nomi does is deconstruct Showgirls in the context of the rest of Paul Verhoeven’s filmography. And not just the American blockbusters that most are familiar with (like Total Recall, Robocop, and Basic Instinct), but all of his earlier, pre-Hollywood Dutch films as well. Movies that were mostly well-regarded in their day, like Turkish Delight. In fact, the whole documentary is framed by scenes from the entire Verhoeven oeuvre.

“Most of us just aren’t that familiar with his European work,” McHale said. “So, when I started watching those, I just was just fascinated by all the connections and everything, and I felt that everything was all connecting back to Showgirls. I thought, you really can’t look at Showgirls without looking at it within the greater context of the rest of Paul’s work. And so I just had to explore those things visually, and make all of those connections.”

It becomes fascinating to see how Verhoeven’s pushing of the envelope in one movie was celebrated, but then totally derided when it came to Showgirls.

After Showgirls’ initial release, many of the people involved behind the scenes tried to explain away Showgirls as an intentional, performative kind of camp exercise. But there is one thing that blows a hole in that entire argument. Right before the film’s release, Verhoeven released a coffee table book called Portrait of a Film: Showgirls, featuring his sketches and essays explaining the true meaning behind his vision. And one thing is achingly clear: he was totally serious. Portrait of a Film wound up being an invaluable source of insight into just what the heck Verhoeven was thinking when making Showgirls.

“The book was released before the movie came out, so it was his kind of raw interpretation of what his kind of true intent was, or what his mindset was at the time,” McHale said. “And then you also can see some of his personal sketches, images of just how he envisioned certain scenes were to be played out. So everything is really, really thought out. And there’s a seriousness that I think hovers around the film. It’s all interesting because [the book] was all his thoughts before the critical response. It was all in his own words.”

Unlike most documentaries surrounding cult films, You Don’t Nomi bucks expectations by simply not being all that interested in getting new interviews with the cast and crew. But as McHale explained, this documentary was never meant to be about how the movie was made. Instead, it’s about the relationship between the film and its fans, many of whom have staged productions parodying the film over the years. You Don’t Nomi looks to people like cult film guru Peaches Christ, whose yearly screenings in San Francisco, complete with lap dances for the audience, have become legendary. 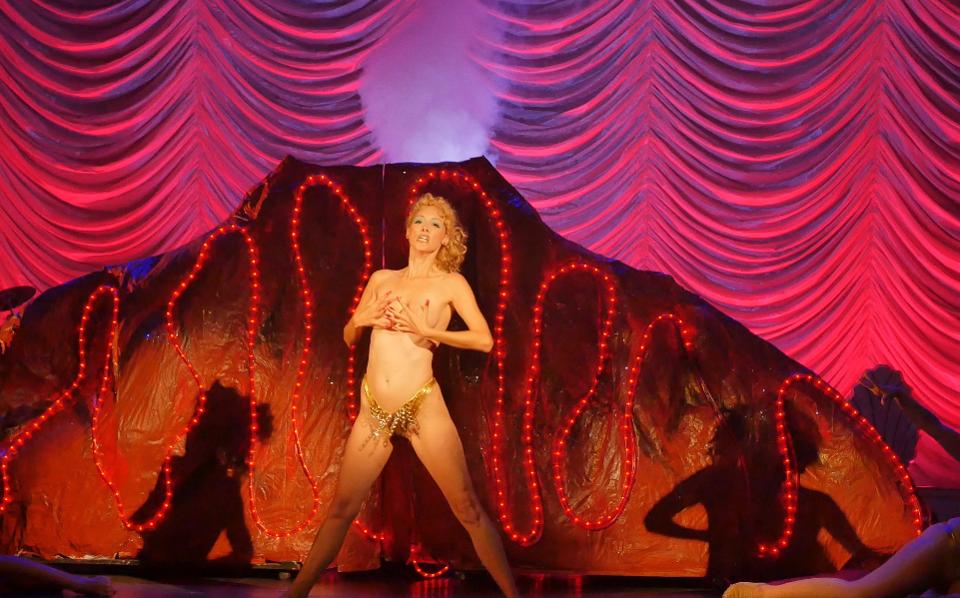 “I didn’t set out to make a traditional behind-the-scenes, the usual making-of-the-film-style documentary,” McHale explained. “It’s about how our fan relationship to Showgirls has evolved over the years, and it’s a complicated relationship. I feel like that is the most interesting thing about it. And I watched all the cast and crew’s older interviews. But it wasn’t their story; it was our story as the audience which made Showgirls what it is today.”

And no one has embraced Showgirls over the past 25 years more than its LGBTQ audience has. Something I can attest to, as a gay man myself and a hardcore Showgirls fanboy since 1996. So just what the heck is it with our community embracing this movie more than seemingly anyone else? Especially as the gay characters are treated with either dismissive homophobia, or in an exploitative kind of way. Is it just the over-the-top camp factor? The cringe inducing lines? Or is there something deeper there? 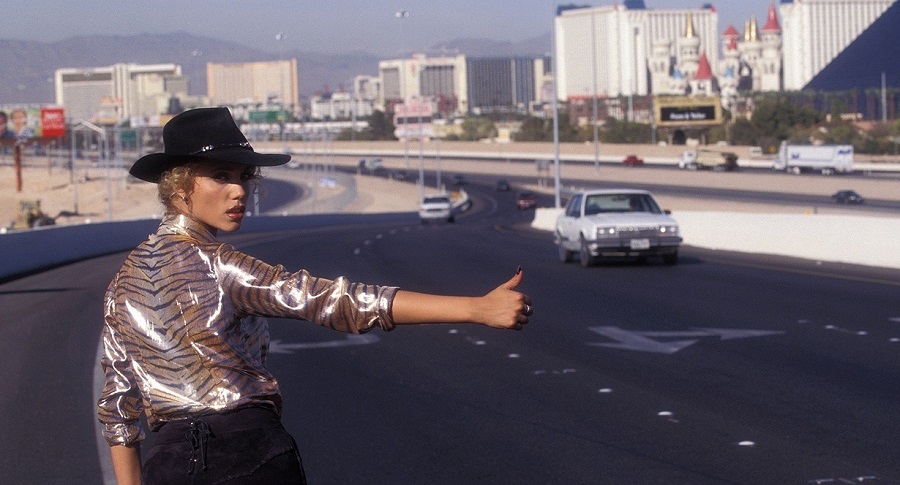 While the camp factor certainly remains a big part of it, McHale believes that the notion that Nomi Malone is a small-town girl who hitchhikes to Vegas to form a new family is part of the appeal for LGBTQ audiences. “I grew up a gay boy in a small suburb of Detroit, and moved to a big city when I went to college and found my community and friends there, and kind of immersed amongst my queer colleagues,” McHale said. “So I think that that’s something that we can all kind of relate to on a deep level.”

After months and months of festival screenings, McHale is eager for general audiences to finally get to see the film, telling Nerdist, “I’m really excited for it to finally find its audience. There’s such a strong fan base with this film. And I think that a lot people when they find out there’s documentary about it, they’re curious. I think we kind of honor all aspects of this really interesting and complicated film, and so I’m excited to kind of elevate the conversation around Showgirls.”

You Don’t Nomi is now available On Demand and on Digital HD.