As the years have gone on, the Mortal Kombat franchise has seen countless fighters enter the area. Some have stuck around for over 20 years, while others get their lungs torn out on their first appearance. With each successive game, it’s fascinating to see who will show up next. And, as has happened in recent years, from which other fictional worlds. The base game of Mortal Kombat 11 offered 25 fighters; the Kombat Pack add-on gave an additional six, including DC’s Joker, Todd McFarlane’s Spawn, and the Terminator. Now, with the Aftermath Expansion, we can finally put the T-800 up against another mean machine: RoboCop. 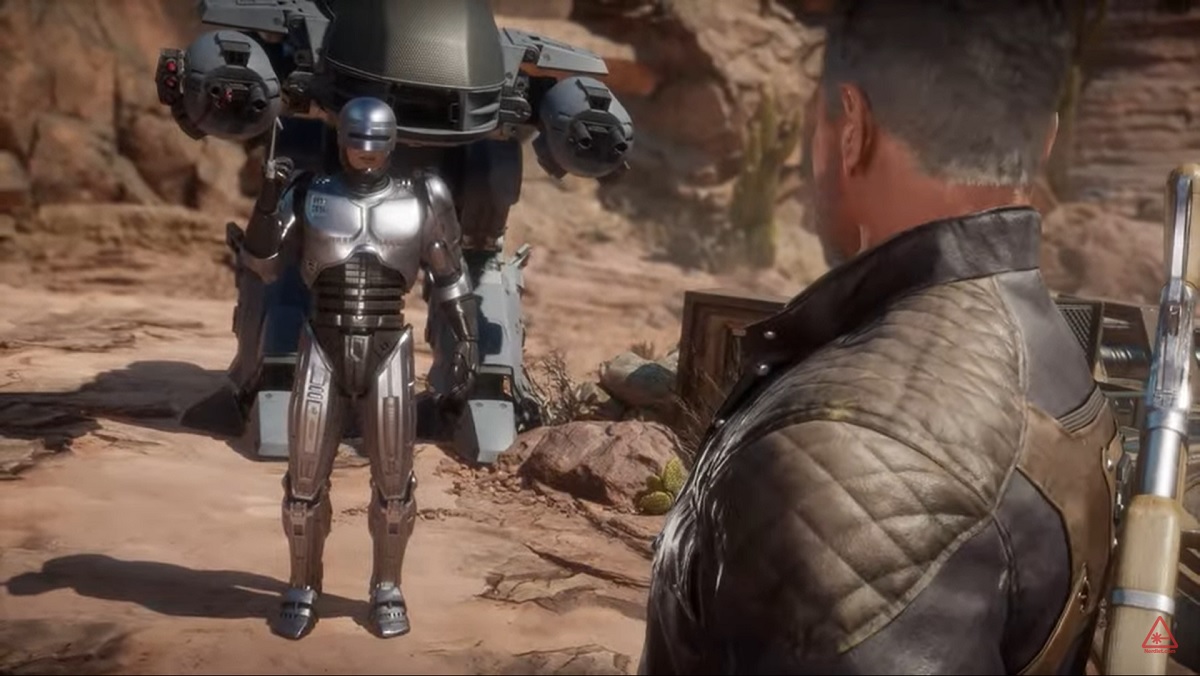 Along with Fujin and Sheeva, RoboCop will arrive in Mortal Kombat 11: Aftermath. Using the voice and likeness of star Peter Weller, the expansion brings the savior of New Detroit into the ultimate deathmatch. And he’s got a bevy of special moves and abilities, including guns, his computer data spike, and even ED-209 as backup.

In the below clips, we see what a battle between RoboCop and T-800 will look like. The first trailer shows you RoboCop winning; the second is all Terminator.

There’s a fun Easter egg here for fans of ’90s ephemera. In the first video, RoboCop says he and the T-800 have met before. This is a reference to both the 1994 RoboCop Versus The Terminator comic book mini-series console game, and the subsequent console game on Sega and Nintendo systems. Comic book legend Frank Miller, who also co-wrote 1990’s RoboCop 2, wrote the team-up comic, with Walt Simonson providing art.

It’s an action movie lover’s dream to see these two iconic metal dudes square off. And you can make it happen yourself at home. The T-800 is already a playable character in the Kombat Pack; RoboCop can join on May 26 with the release of Mortal Kombat 11: Aftermath. In addition to three new playable characters, Aftermath offers a franchise-first story expansion. If you pre-order Mortal Kombat 11: Aftermath Kollection, you’ll get immediate access to the base game and Kombat pack. So, there’s a lot of fighting to do before RoboCop joins the fray.