VAMPIRE: THE MASQUERADE's Revival Is Great for Gaming - Nerdist

VAMPIRE: THE MASQUERADE’s Revival Is Great for Gaming

Vampire: The Masquerade changed the dynamic of tabletop roleplaying games with its release in 1991 by White Wolf Publishing. Riding the wave of nineties goth culture, the World of Darkness setting provided a new (albeit gritty) sandbox for tabletop campaigns. Focused on immortal creatures playing byzantine political games for dominance over modern cities—the options for storytelling were endless.

In the ’90s heyday, VtM included a television show Kindred: The Embraced. Expanded world content included Changelings, Wraiths, Werewolves, Hunters… eventually mummies and more. Collectible card games like Jyhad (later changed to Vampire: The Eternal Struggle), and Rage were as common as Magic: The Gathering. The card games would phase out of print, and as of 2018, swing back with updated versions. Novels, dice, T-shirts, and most importantly: Live-Action Roleplaying communities completed the immersion. If you wanted to play, watch or read within the World of Darkness sandbox; you could.

While communities and fandoms of Vampire: The Masquerade have never faded completely, they did have a bumpy road. In 2019, White Wolf is on a full renaissance.  New announcements, new products, multimedia, major video games and more. If it’s been a while since you’ve seen what they’ve been up to, here are some awesome projects on the horizon.

In a projected 2021 release, Big Bad Wolf Studio, will release Swansong. A narrative RPG set within Vampire: The Masquerades fifth-edition canon. Big Bad Wolf Studios is known for their work The Council—a heavy narrative RPG that also was a woefully underrated game (everyone should check it out if RPGs are your jam). Meanwhile, Vampire’s fifth-edition advances the meta-plot with the rise of the Second Inquisition. Thanks to the panopticon of modern technology, the CIA, FBI, and other world intelligence agencies are fully aware of vampires. Forced to take extreme measures to maintain secrecy (and thus survival), the fifth-edition world of Vampire is heavily steeped in conspiracy and controversy. Making it perfect for a multi-branch narrative arc. Swansong will join two other V:tM video games, both Coteries of New York and the iconic Bloodlines 2 which is due out late 2020. 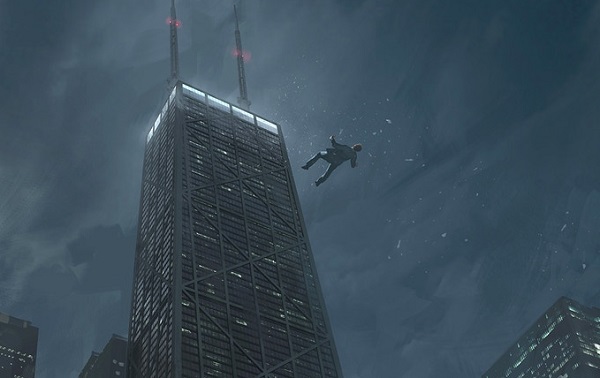 The original Chicago By Night was a White Wolf sourcebook for the first edition of Vampire: The Masquerade. Released in 1991, and revised in ’93, it was an early RPG book that featured relationship charts and sandbox methods of storytelling between two ancient powers.

In October of 2019, Chicago By Night for 5th edition was released! A key city in a spiderweb of influence, greed, power, and predators. Updating and advancing the city’s story since it’s original material, you can find how the world of Vampire has changed since the last edition. Chocked full of the metaplot, Clan Lasombra, coteries, local Chicago urban legends, and brilliant writing—it’s no wonder the Kickstarter was so successful. Even better, Onyx Path always has great tabletop roleplaying content released on a consistent schedule. 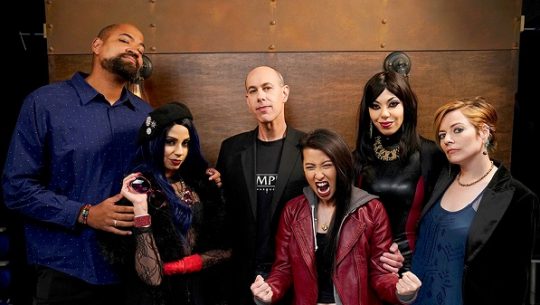 Professional shows and streaming of tabletop games are a growing form of geekery. Vampire: the Masquerade is no exception and L.A. By Night is hosted by Jason Carl.  Streaming every Friday night on Twitch, L.A. By Night has three seasons under its belt. The hook? Three Anarch vampires and one rookie try carving their piece of the city while beset by enemies on all sides. A tense and dangerous chronicle, each season keeps ratcheting up the stakes. Compelling drama aside, it’s a great way to learn about the V5 meta-plot and changes to the global settings in the World of Darkness. Getting caught up is easy, but if you want to binge-watch; start here. 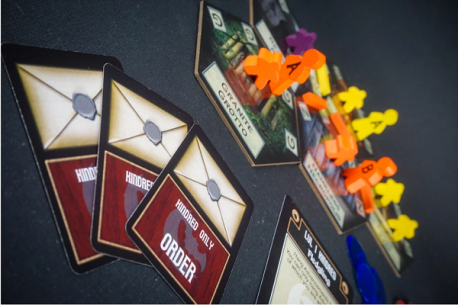 Blood Feud is an ambitious board game that needs to be put on a stream. Produced by Everything Epic (Grindhouse, Big Trouble in Little China), Blood Feud is a four to thirty-two player epic board game. Thirty-two players! With one city to battle for control, players take on the role of the Vampire Clans and different teams and battle using diplomacy, trade, combat, and more over one massive city-wide map.

What makes this game even cooler, is that each team has their group dependent goals, so victory for one clan is different from the next. When you have a full thirty-two players (like we saw at Gen Con), the game becomes a hybrid tabletop, LARP, and CCG experience. If you’re attending a convention and you notice a Blood Feud event here is my tip: Clan Toreador is more powerful than many realize.

These products are just a fraction of the media that White Wolf is involved in over the next few years. For more information, you can always check out White Wolf’s webpage.

What’s your favorite Vampire: The Masquerade game? Let us know in the comments!

Rick Heinz is a storyteller with a focus on D&D For Kids, and an overdose of LARPs. You can follow RPG or urban fantasy related thingies on Twitter or reach out for writing at [email protected]