The World's Largest Plane Is Soaring the Skies Again - Nerdist

The World’s Largest Plane Is Soaring the Skies Again

The world’s largest plane is back the sky. The record-setting behemoth has six engines. And it boasts a wingspan totaling 385 feet. You can play an entire football game on it. With room for fans. It’s so big it resides inside a specially constructed hanger, because it couldn’t fit anywhere else. Everything about this modern marvel of engineering and what it might do one day is impressive. Except for the the video of its flight from the Mojave Air and Space Port. Because without perspective it’s hard to appreciate just how amazing it really is.

The Roc, built by Scaled Composites for the aerospace company Stratolaunch Systems, gets its name from a “ huge, mythical bird best known for its ability to pick up and feed on baby elephants.” It flew for the first time in 2019. The gigantic aircraft was originally going to help launch spacecraft and satellites by giving rockets a mid-flight boost. Those plans hit a halt following the death of Stratolaunch System’s Paul Allen. The company ceased operations until new owners purchased it.

This week, the Roc finally left the ground again. (Which we first learned about at Vice.) It flew over the Mojave Desert for two-and-a-half hours. This flight’s stats include altitudes of 17,000 feet and speeds as high as 189 mph. That’s not exactly fast or high, but it’s another step in Stratolaunch’s big plans for its big plane. It is currently developing hypersonic missiles, which it calls “the next great frontier in flight.” The Roc could deploy them from as high up as 35,000 feet. From Stratolaunch:

“Our unique air-launch system will use the world’s largest aircraft as a mobile launch platform to deploy a fleet of high-speed vehicles on multiple sorties during a single mission. With these vehicles, Stratolaunch is making access to space and the hypersonic flight environment convenient, affordable, and routine.” 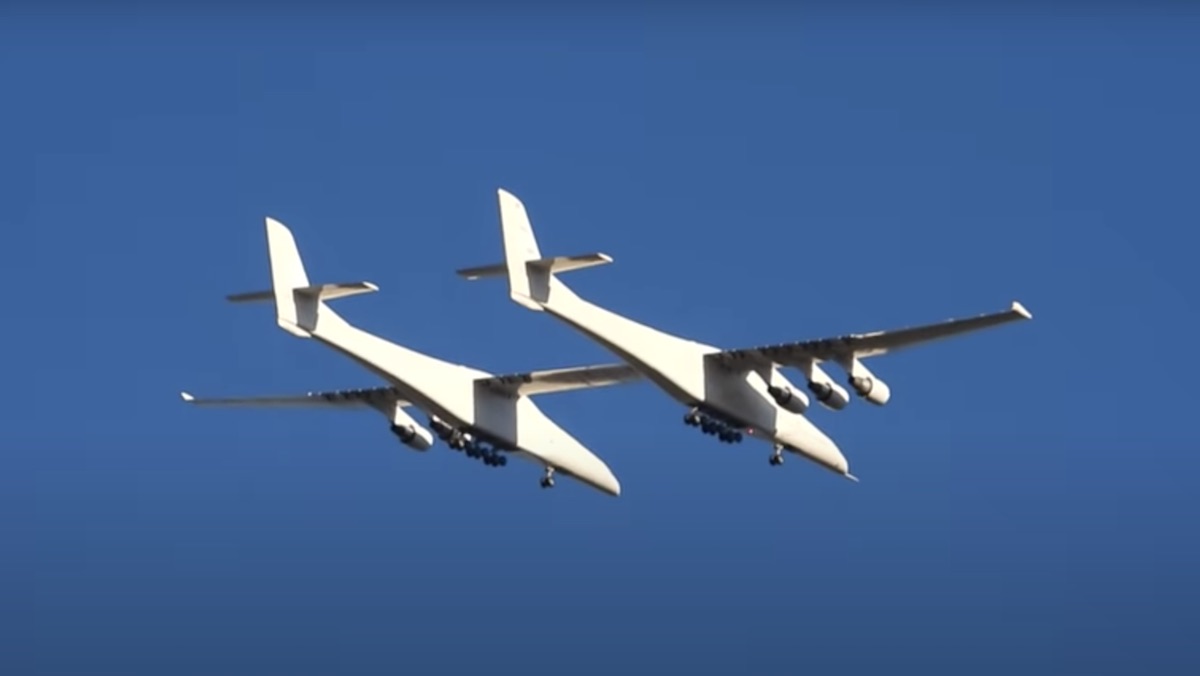 That will include launching the company’s Talon A aircraft. It’s a “fully reusable, autonomous, liquid rocket-powered Mach 6-class hypersonic vehicle with a length of 28 feet, wingspan of 11.3 feet, and a launch weight of approximately 6,000 pounds.” Hell yeah.

Everything about this is cool. Even if watching the world’s biggest plane take off into a blue sky without any perspective isn’t.