Back in June 2018, as Wonder Woman 1984 commenced filming in Washington D.C., two things caught the internet’s attention: Chris Pine and his fanny pack. Luckily for DC Comics and people who care a lot about spoilers, by the time cameras started rolling, director Patty Jenkins had already confirmed the sequel was set in the ’80s and Pine was back as Steve Trevor. Sure, Steve’s resuscitation a mere 70 years after his (spoiler!) death in the first film left plenty of questions. But knowing it was surely part of the eventually-revealed plot meant we could instead focus on the utterly delightful fanny pack he was sporting. After all, an ’80s-set movie is nothing without a character donning the iconic hands-free accessory.

Now, anyone who has ever seen a photo of Chris Pine walking down the street knows he’s the Best Chris—besides Baranski, obviously—when it comes to overall style. And a true style icon knows how to make a fanny pack work. However, in addition to being a slightly controversial fashion statement, fanny packs are also wonderfully functional. The perfect detachable pocket for any quick grab needs—be it a pen, a wallet, or the Lasso of Truth. Unfortunately, Wonder Woman 1984 underutilizes its greatest accessory. 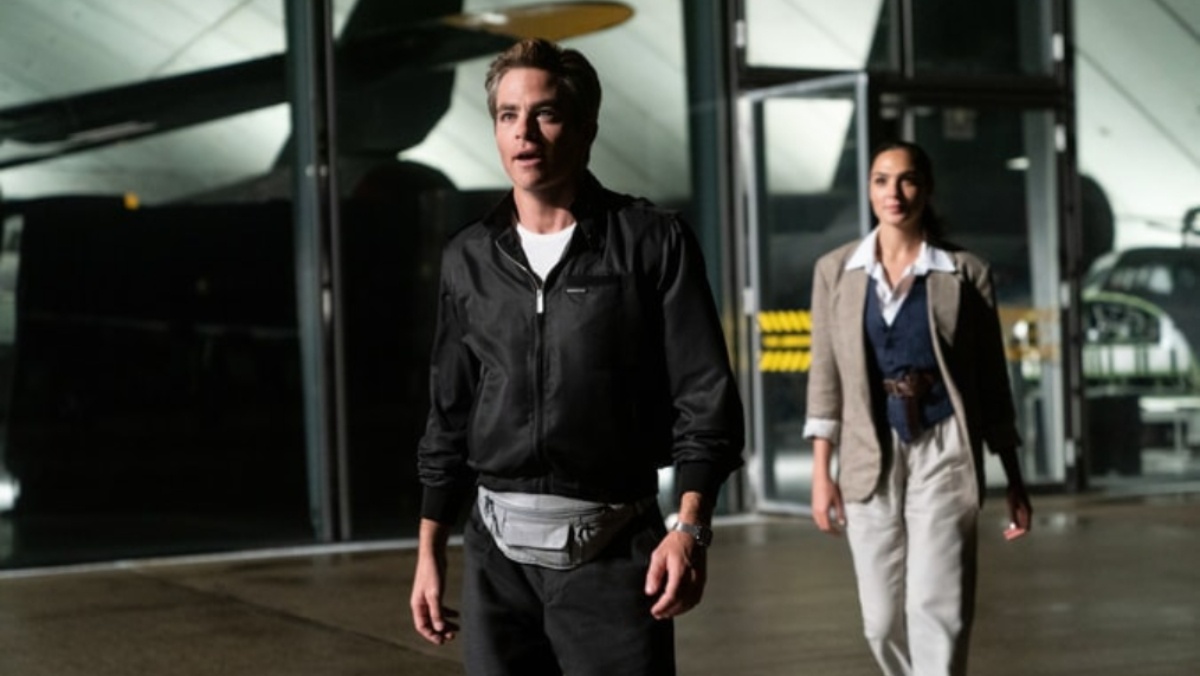 As the lone newbie to the era, Steve is delightfully baffled by everything ’80s confection has to offer. The technological developments! The decked out airplanes with radar! The pop tarts! In a goofier movie, Diana would return home from work to find Steve in Hammer pants, eating an entire plate of bagel bites, and recapping an episode of Dynasty.

But the movie has the most fun with Steve’s (disappointingly muted) fashion. That is, save a single montage, in which he really gets into the colorful ’80s trends. He eventually settles on the suave, casual get-up we first see him in post-body swap… plus a beige fanny pack. (The body swap itself is a cringeworthy logistical nightmare that leaves us with a lot of questions, namely why?) 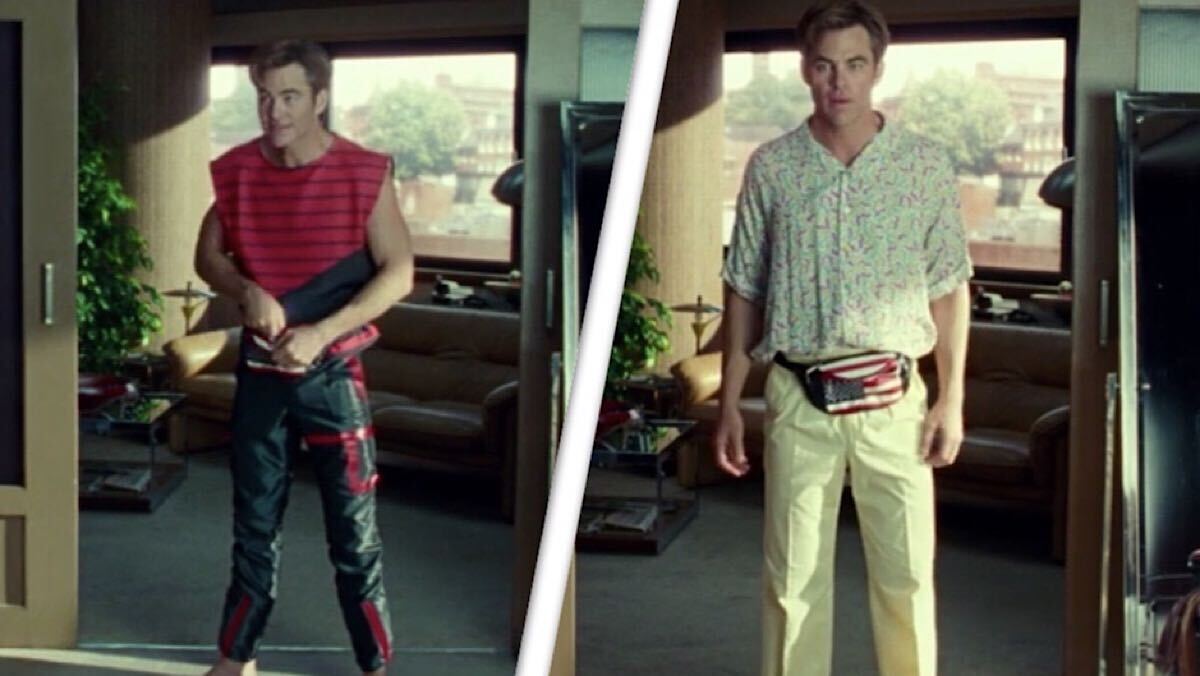 It’s unfortunate that Steve Trevor doesn’t utilize his fanny pack as often as he should. Nor does he use it for any particular purpose other than to look incredibly rad. There’s but a single implication that he’s using it for storage purposes. (Presumably for a visitor’s pass as he and Diana arrive at some sort of Smithsonian Archives air base to steal a plane and jet to Cairo.) And then, it disappears. Forever. Sure, is the continuity over whether Steve Trevor is wearing a fanny pack important in the grand scheme of things? I’d say yes, but I fully understand the correct answer is probably no. But, at least to me, the fanny pack represents how strangely muted the movie feels for its era.

Pedro Pascal is having a blast. Chris Pine is thriving on Pop-Tarts. But the movie almost feels out of place in the era it’s trying to depict. The marketing leans full ’80s and we even get little touches of ’80s culture—like a single scene in the mall and a perplexing shout-out to Cold War nuclear weapons. But without fun music drops (apologies to the briefest of showings from Duran Duran) or really much additional cultural markings, 1984 feels like a very arbitrary setting. Is the villain Max Lord supposed to have a specific ’80s appeal? The Trumpian parallels are not subtle at all, but if recent history is any indication, the same grifter energy would work in the ’90s, ‘ 00s, or even 2010s. 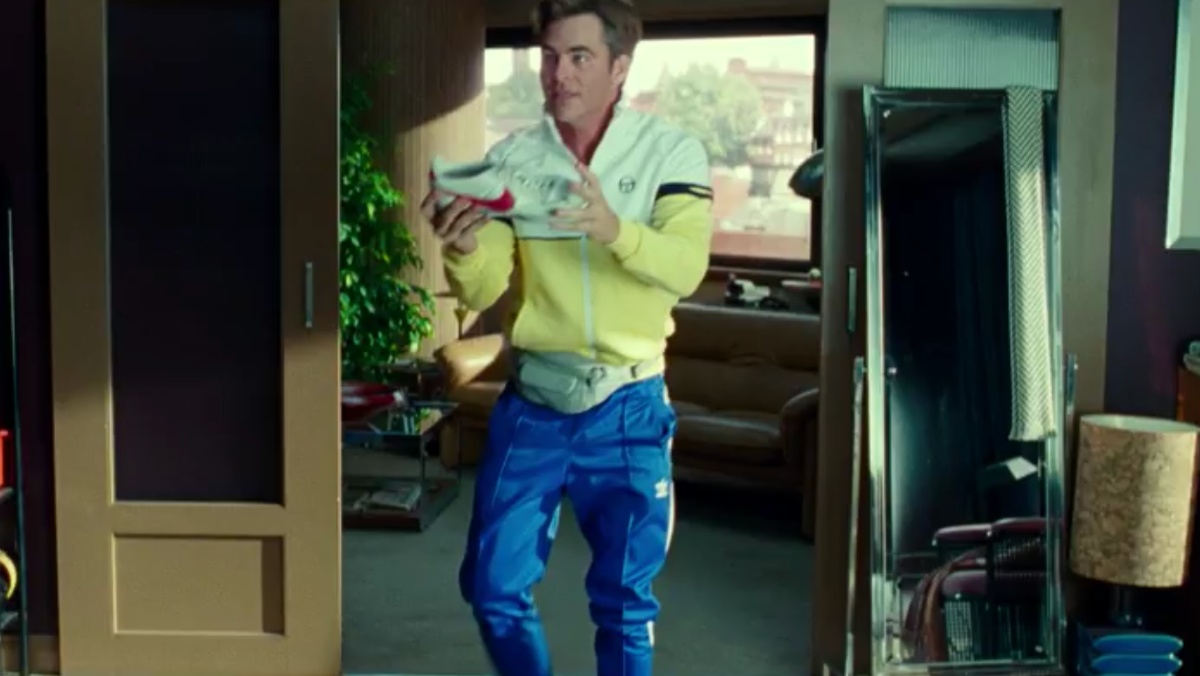 There are parts of the movie that make for a really fun ride. But I think I expected more from a movie that boasted its era in its title. We didn’t need to go full Stranger Things but I’d hoped for a little more than an AI depiction of what the ’80s might look like after looking at a few photos.

If Steve Trevor inexplicably returns for Wonder Woman 3—and I, for one, think he should—one can only assume he’ll stroll up in cozy Uggs. Better yet, let’s hope the film takes a page out of Pine’s iconic real-life closet and lets him style himself!