Insomniac Games’ 2018 Spider-Man game for PS4 was one of the greatest adaptations of Marvel Comics characters. In any format, much less specifically in a video game. A massive open world adventure, the game pit the wallcrawler against all of his most famous villains across the almost life-size island of Manhattan. Its follow-up Miles Morales continued playing with that universe in a great way. And just when we were gearing up for the news of a sequel, Insomniac hit us with an uppercut full of claws: a teaser for a brand new Wolverine game.

The teaser shows a bar after what was clearly a pretty rough brawl. While some jangly soul song plays, a man gets up off the floor and draws a knife. He walks toward the brawl’s apparent winner, a man who sits at the bar with a beer. His black hair and cowboy hat might point to who it is. Once the guy gets closer, we know for sure. The man at the bar puts his arm down and three blades come out of his fist. 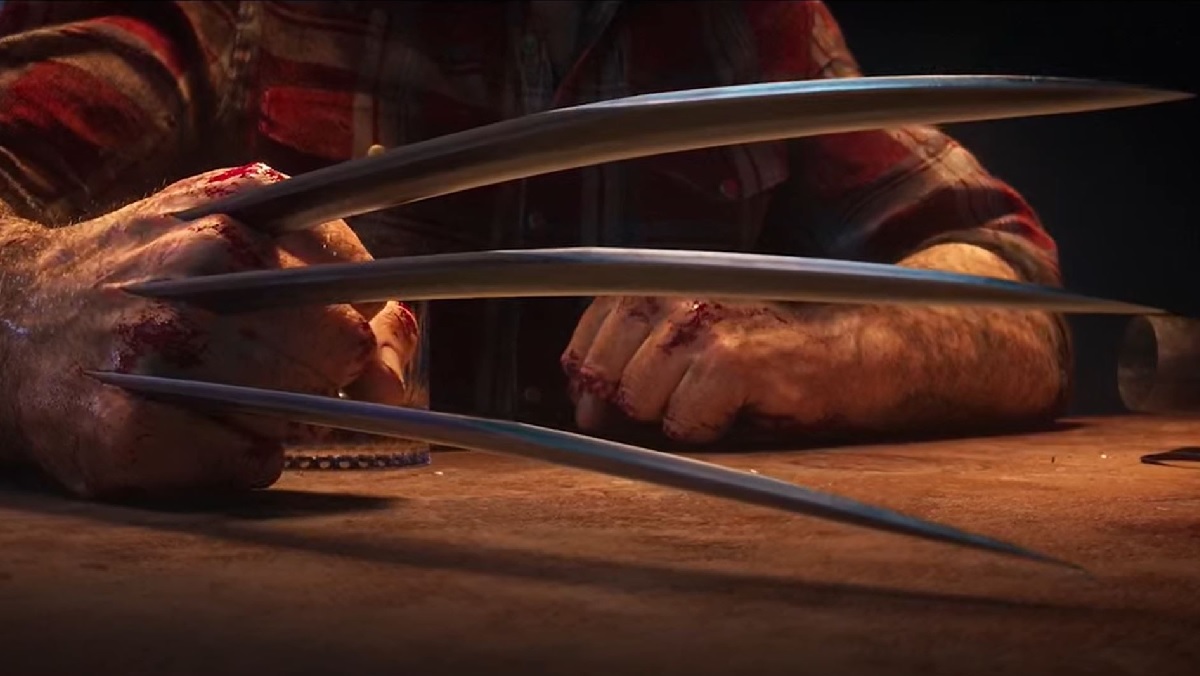 Yes, it’s a Wolverine game! This was just an announcement, of course. The end of the teaser says “In development for PlayStation 5,” which pretty much ensures we’ve got a while before we’ll be able to see much more than this. However, just the idea of a studio that has already proven itself to handle the Marvel universe with care tackling the most famous mutant is almost too exciting.

While an open world exploration game might not be the exact right fit for Logan, something where he has to track people using his sniffer or even just a big ol’ beat-’em-up might be exactly what we want. Whatever the case, we can’t wait!