Everything We Know About THE WINDS OF WINTER - Nerdist

Everything We Know About THE WINDS OF WINTER

The Winds of Winter has become both a cursed phrase and a desperate hope. The forthcoming next book in George R.R. Martin’s A Song of Ice and Fire series, originally slated for a possible 2014 release, still isn’t out. And there’s no definitive publication date in sight. That’s if it ever comes out at all. So why all the delays? And what can we expect to read about if Martin ever does finish it?

Here’s everything we know about The Winds of Winter so far. 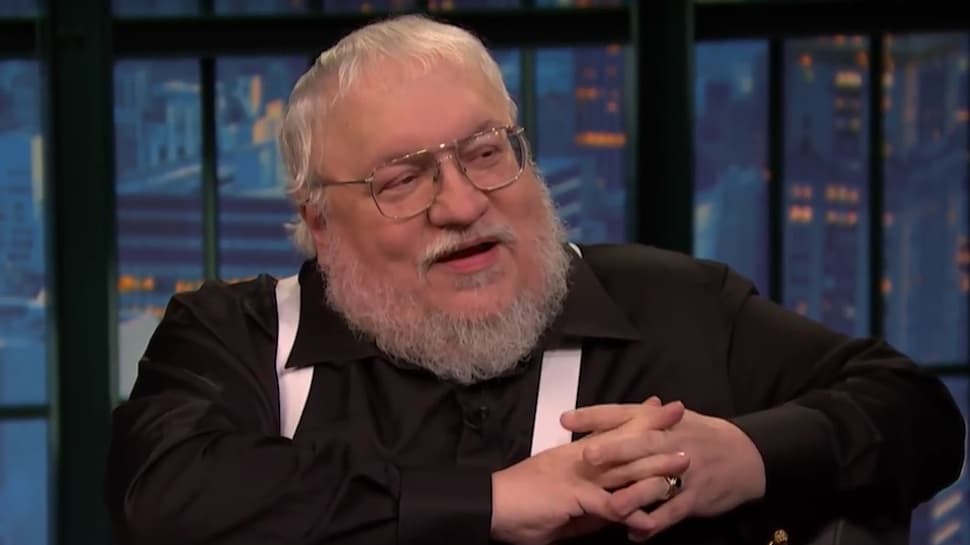 A Song of Ice and Fire‘s History

The Winds of Winter will be the sixth novel in George R.R. Martin’s A Song of Ice and Fire series. The author began writing his award-winning fantasy saga in 1991, when he originally envisioned it as a trilogy. The previous installments include A Game of Thrones (1996), A Clash of Kings (1998), A Storm of Swords (2000), A Feast for Crows (2005), and A Dance with Dragons (2011). The previous two books have concurrent timelines, and The Winds of Winter will be a direct followup to both. It will also cover parts of the story Martin originally planned to include in A Dance with Dragons.

The announced title for the theoretical seventh and final book is A Dream of Spring. 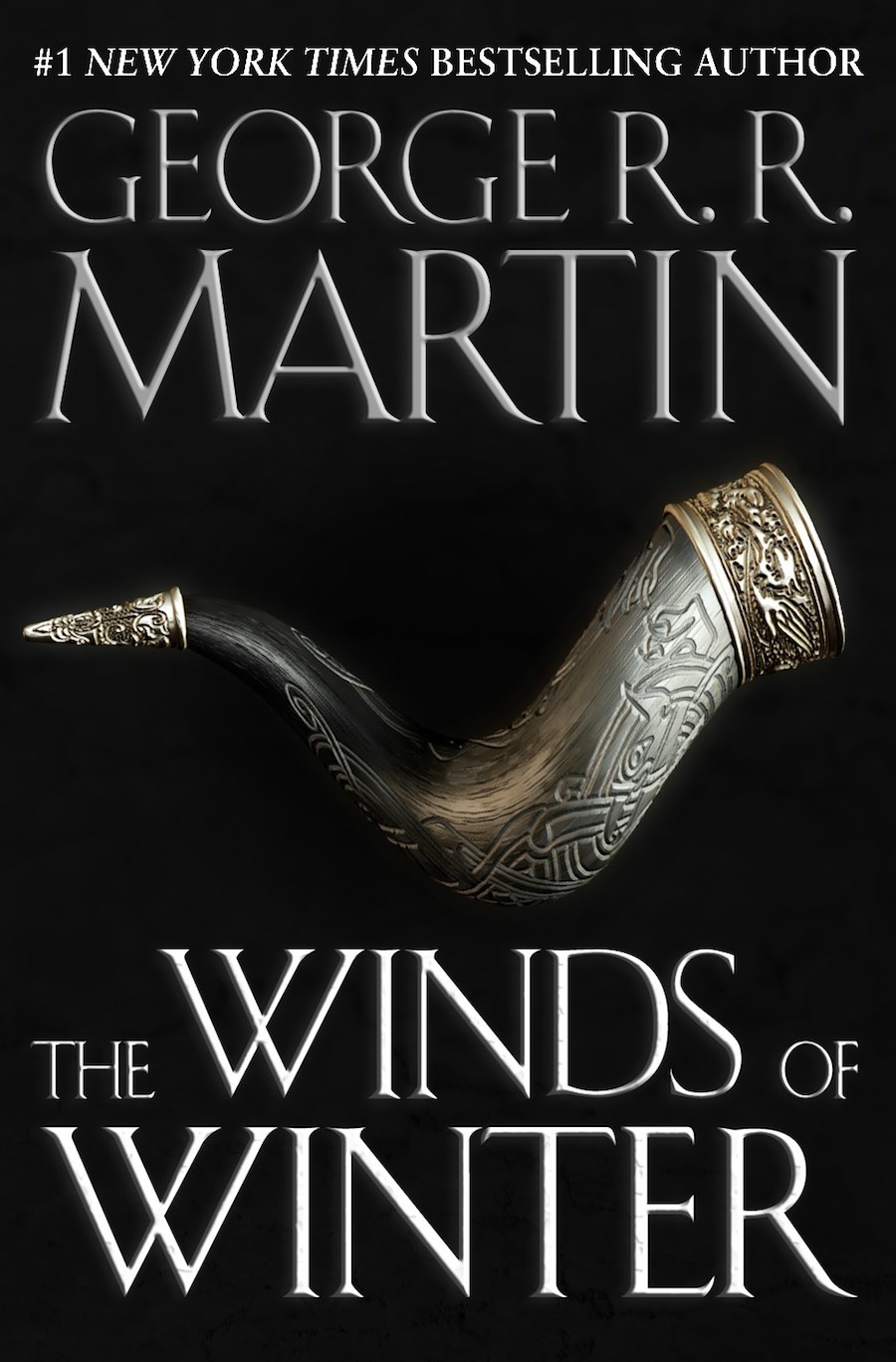 The official cover for the book, whose authenticity Martin confirmed in early 2016, features an image of a horn. A Song of Ice and Fire has mentioned two major horns. One is Euron Greyjoy’s Dragonbinder, also known as the hellhorn, a massive black horn adorned with bands of red gold and Valyrian steel. Six feet long and made from the giant horn of a large dragon, it’s covered in Valyrian glyphs and is warm to the touch. Strangely it’s smooth, shiny surface reflects a distorted image. And when played the glyphs glow red hot before turning white.

Euron’s dubious story is that he found the horn in the ruins of Valyria. But his claim it can control dragons is more plausible. The red priest Moqorro also said it can tame dragons, but added it will kill any many who blows it. It killed the man who blew it for Euron. It burned his lungs.

Euron plans to use Dragonbinder to control Daenerys’s three dragons so he can take the Iron Throne.

The other major horn mentioned in ASOIAF is the famed magical Horn of Winter, also known as Joramun’s Horn. Joramun was the Wildling king who teamed up with the Night’s Watch to defeat the infamous Night King long ago. Tales say he blew it to wake giants from the Earth. 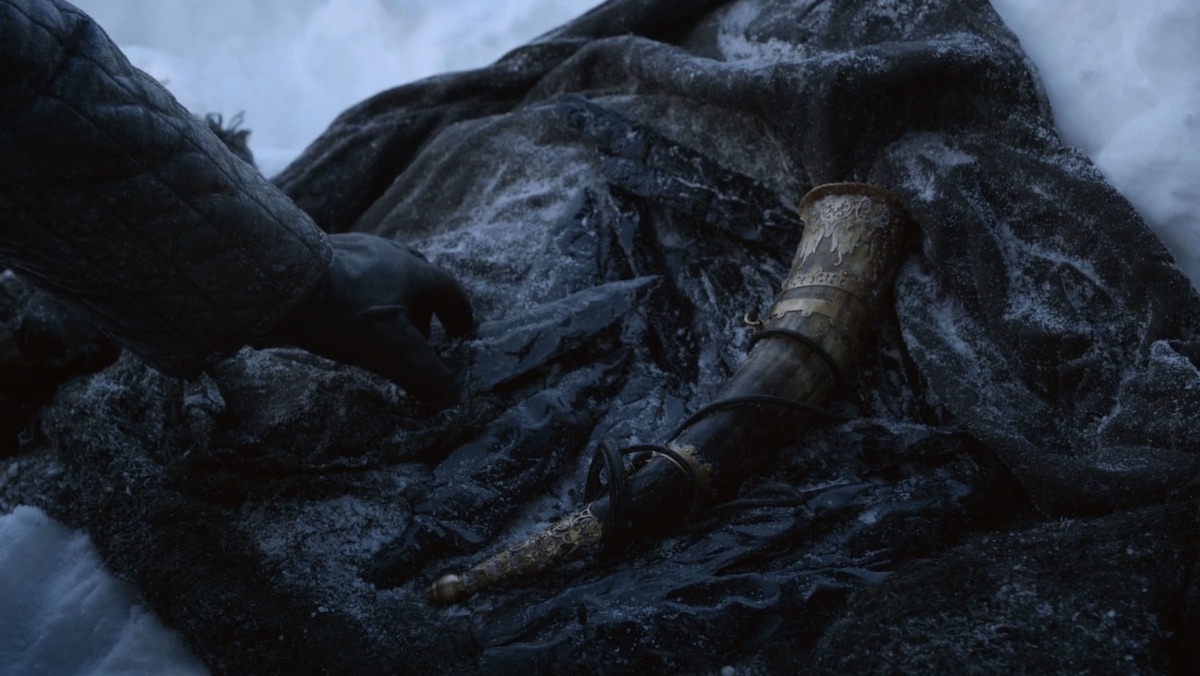 The free folk believe blowing the ancient Horn of Winter will bring down the Wall. Ygritte told Jon Snow that Mance Rayder looked for it by digging up old graves, but never found it despite Mance’s claims. The wildling king said an eight foot, black horn with gold bands covered by runes engraved by the First Men was the Horn of Winter.

Melisandre and Stannis burned that horn. But Tormund told Jon the same thing Ygritte did—Mance never found the real one.

The horn on the cover of The Winds of Winter could be Dragonbinder. Or it could be the real Horn of Winter that was never found. And if the legends are right, and it falls into the hands of the Night King, it could be an omen that the Wall will come down in the novel. 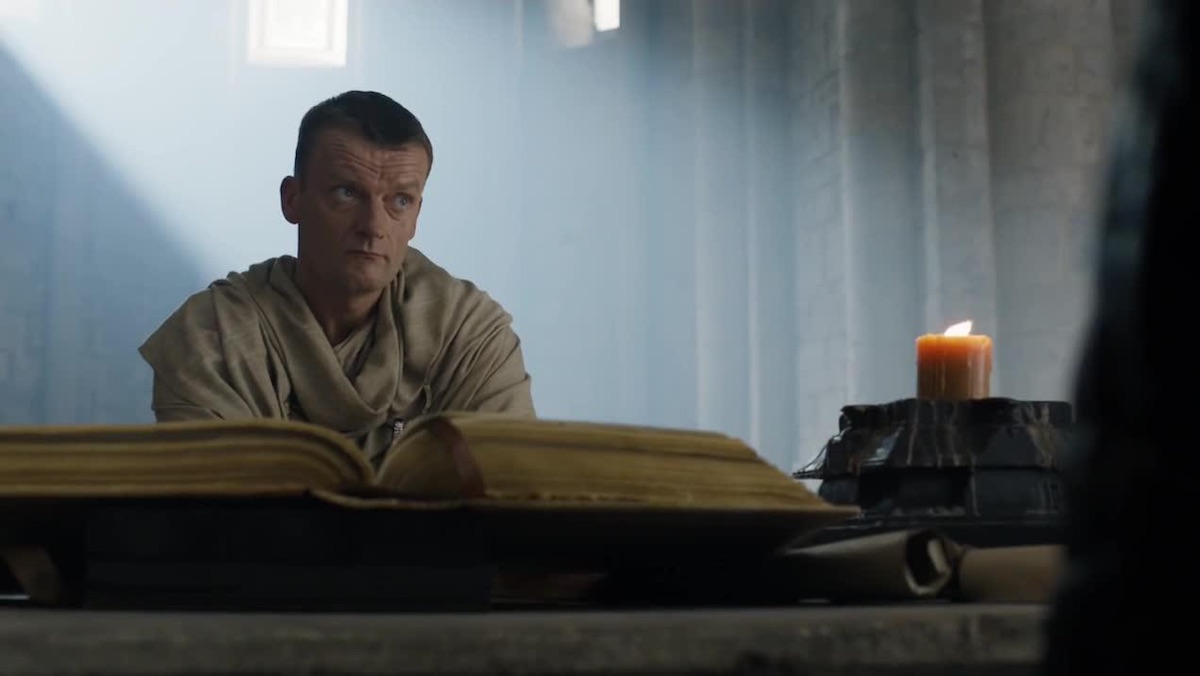 Each book uses a point-of-view (POV) chapter format. Chapters are told from a single character’s perspective. Typically those major characters receive multiple chapters throughout the book. The exceptions are prologue and epilogue chapters, normally written from the POV of a minor character who does not get a second chapter.

Martin has released or publicly read eleven preview chapters from the novel. They are, in order, with links to the available ones:

Martin said on his “Not a Blog” blog in 2017 he would no longer be releasing any more chapters ahead of publication. 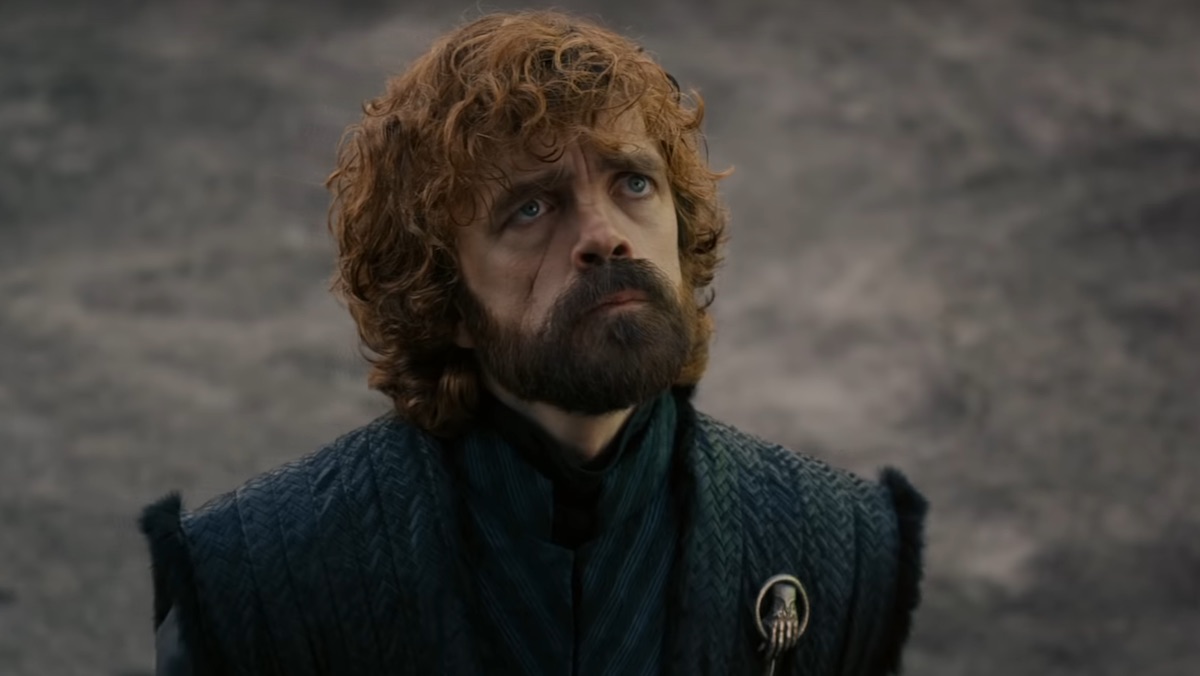 In addition to the characters with chapters already released, Martin has said Areo Hotah and Cersei Lannister will appear in the novel as POV characters. He has also confirmed the seemingly obvious fact Bran Stark will also be in the book, and seems a likely candidate to return as POV character. In 2016 the author’s answer to a question about Asshai seemed to indicate Melisandre will also get her own chapters again.

But the least likely source of insight came in 2014 during a segment on John Oliver’s Last Week Tonight. A shot of Martin writing at his computer appeared to show him working on a chapter for Asha Greyjoy (known as Yara on the TV series). 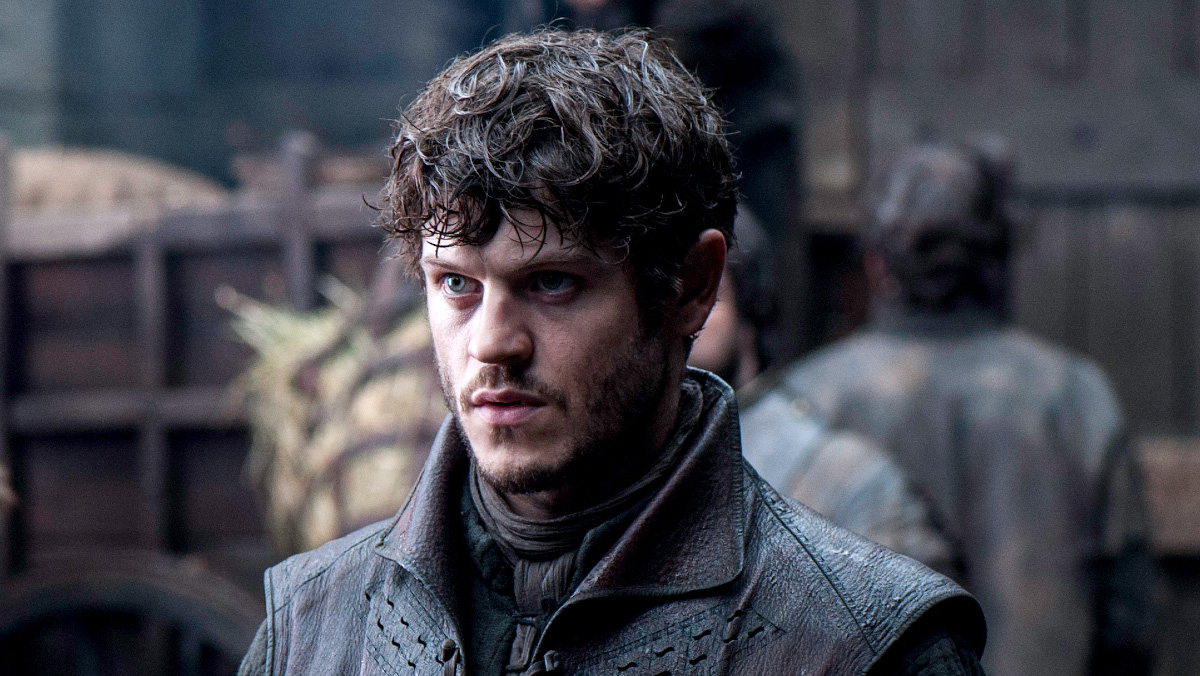 A Dance with Dragons ended with major plot lines left to be resolved, some of which Martin originally intended to include in the fifth novel. That includes the Battle of Meereen, where the forces of a still-missing Daenerys are under threat by the former slave master’s. The novel will also deliver the Battle of Winterfell looming between Stannis Baratheon and Roose Bolton, both still alive in the books.

Martin has promised to get to both quickly in The Winds of Winter. In a 2012 interview he said, “There were a lot of cliffhangers at the end of A Dance with Dragons. Those will be resolved very early. I’m going to open with the two big battles that I was building up to, the battle in the ice and the battle at Meereen—the battle of Slaver’s Bay. And then take it from there.” 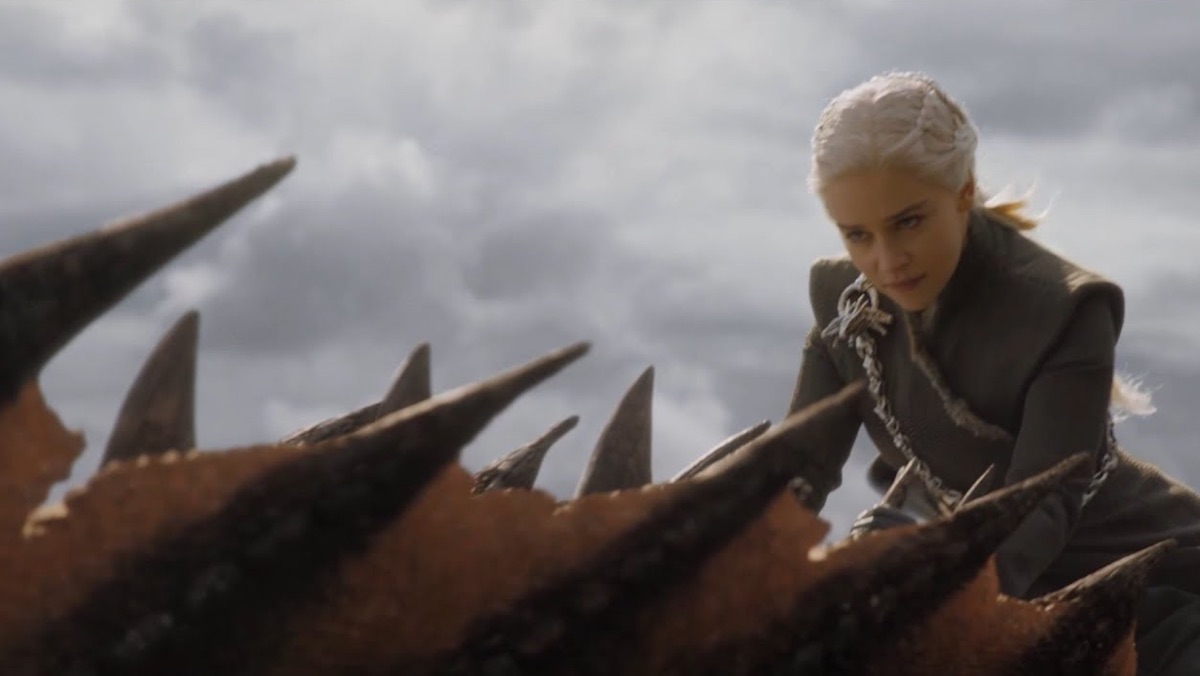 He also said the last two novels—which unlike the HBO series have shown very little of the Others (called the White Walkers on Game of Thrones)—will travel further into their icy lands than ever. “I don’t want to give too much away, but you’re definitely going to see more of the Others in The Winds of Winter,” he said. “And what lies really north in my books—we haven’t explored that yet, but we will in the last two books.”

There’s also the question of whether or not Bran ate Jojen. (Seriously.) 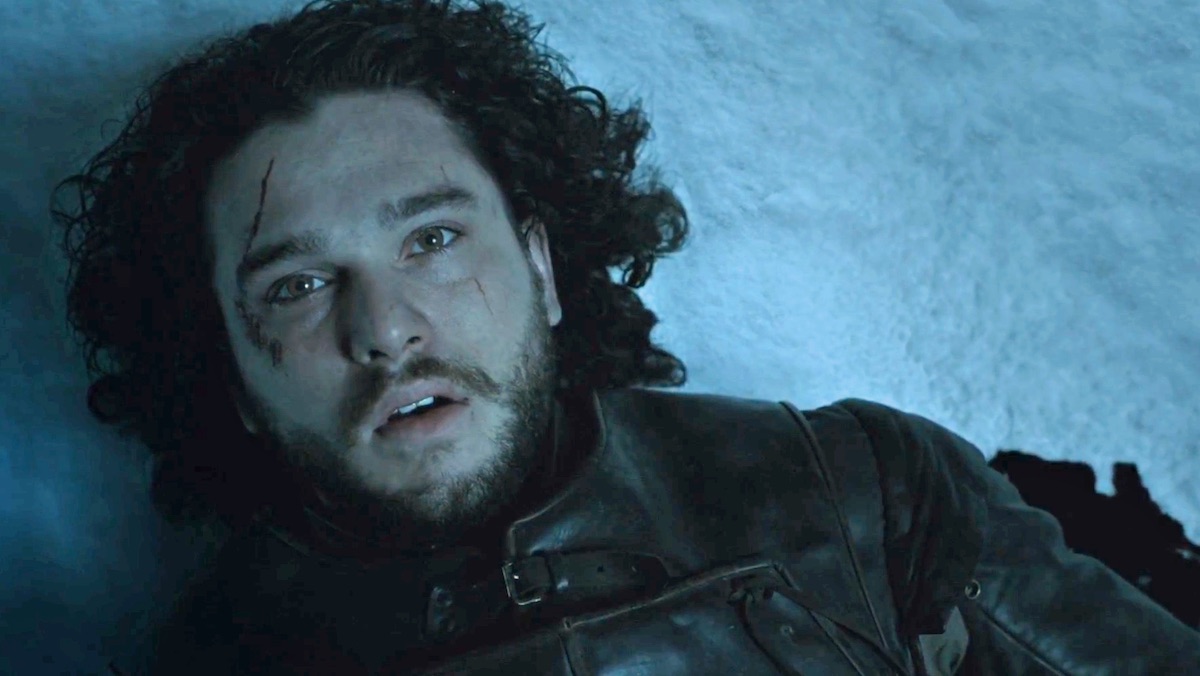 Members of the Night’s Watch murdered him at the end of A Dance With Dragons. It didn’t take long for him to be resurrected on the show, but on the page he’s been dead since 2011. If Martin never finishes the book he’ll never come back. 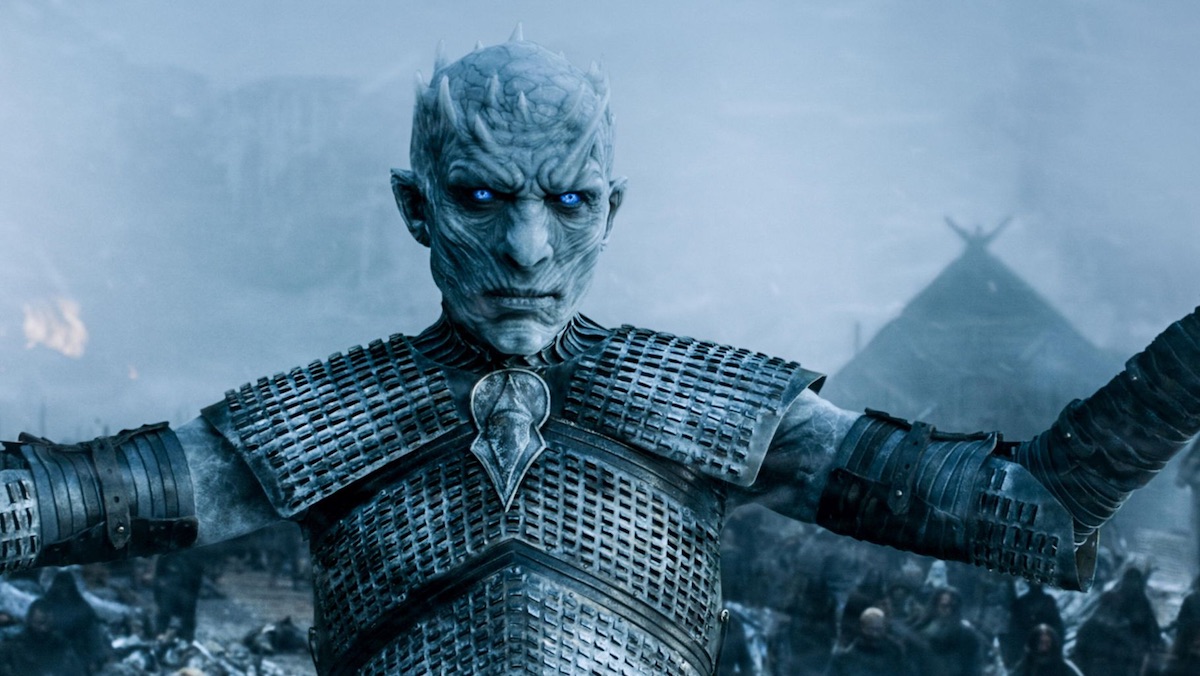 After the release of A Dance with Dragons in 2011, George R.R. Martin originally thought he might be able to finish Winds in three years. That would have marked a huge improvement over the six years he took between the previous two books. It didn’t seem impossible either. He already had five chapters finished by the end 2010, equaling almost 100 pages. And in March of 2012 he had finished 200. For a while he was even confident he would actually finish the last two books entirely before Game of Thrones caught up to him.

None of that happened.

He cancelled appearances in both 2014 and 2015 to focus on finishing the novel. In April of 2015 he hoped to have it finished before Game of Thrones‘ sixth season in 2016. In January he told fans the book would not be finished in time to reach that goal, as the show would finally surpass the novels for good.

Since then Martin has hinted multiple times The Winds of Winter could be months or a year away, only to then pull back and say it would not be out for at least another year or two. But his most forceful, hopeful statement came in May of 2019. On his “Not a Blog” website, he wrote:

“But I tell you this — if I don’t have THE WINDS OF WINTER in hand when I arrive in New Zealand for worldcon, you have here my formal written permission to imprison me in a small cabin on White Island, overlooking that lake of sulfuric acid, until I’m done.”

Martin all but guaranteed the book would be at least finished by August 2, 2020, even if it had not yet been published.

That did not happen either.

Despite some sweet summer children (:sadly raises hand🙂 believing this time around was different, Martin announced on June 23, 2020 that the book was not done. But he did give an update about how he was using social distancing to work on the novel.

“I am spending long hours every day on THE WINDS OF WINTER, and making steady progress. I finished a new chapter yesterday, another one three days ago, another one the previous week. But no, this does not mean that the book will be finished tomorrow or published next week. It’s going to be a huge book, and I still have a long way to go.”

He also wrote he hopes the book will be done by next year. And on July 19 he another update. It’s the most George R.R. Martin update possible:

“Three more chapters completed this past week. And good progress on several more.

Still a long long way to go, though. Do not get too excited.”

Getting too excited isn’t much of a problem for fans at this point. 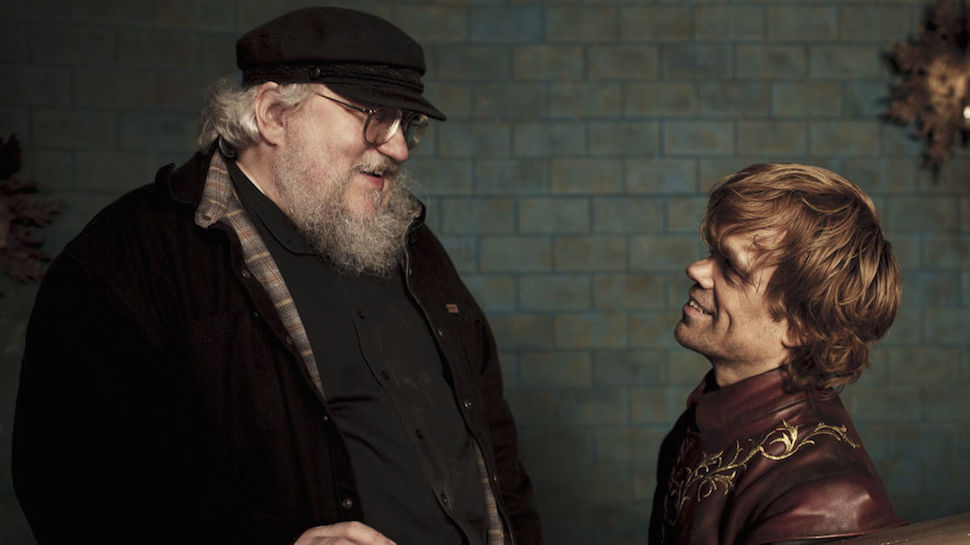 So when will The Winds of Winter come out? At the earliest some time in 2021, but based on how many times Martin has been woefully wrong about his own timeline, it could be years.

Or he’ll never finish it.

Winter is coming, but no one knows if The Winds of Winter is.

TAGGED: Game of Thrones, George R.R. Martin, A Song of Ice and Fire, The Winds of Winter