Sometimes I can’t help but envy fans of A Song of Ice and Fire series who are convinced George R.R. Martin will never finish the novels. I envy them because their certainty means they don’t spend time or energy being disappointed by his missed deadlines and never-ending delays. They don’t hopelessly fall for every new rumor that ultimately proves incorrect, or get angry when he announces he’s working on another project altogether. They’ve made peace with the nightmare possibility that he will never complete the last two books, forever leaving behind unanswered questions about the fates of numerous characters and plot lines that aren’t a part of Game of Thrones. For these lucky masses, the Long Night is already here, so there’s no need to worry that winter is coming.

And yes, they may be right. Which is why I am painfully aware that what I am about to say might make me sound like the dumbest, most naïve simpleton in the Seven Kingdoms: I think The Winds of Winter is already done and George R.R. Martin is actually in the process of finishing the seventh and final book, A Dream of Spring.Please stop laughing. I swear to the old gods and the new that’s not a totally insane idea. 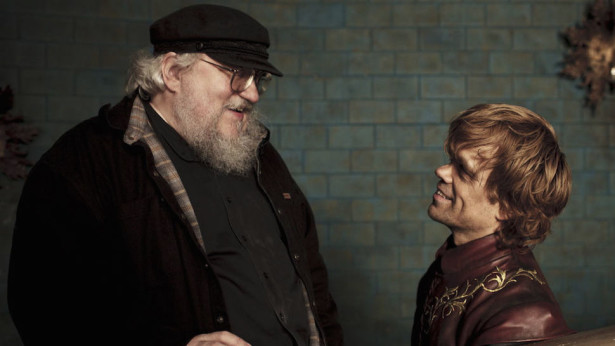 For a long time I’ve hoped this was the case, mostly as a coping mechanism to avoid falling into the same pessimistic abyss of those described above. Earlier this month, though, Miles Surrey at The Ringer put together a timeline of the world’s predictions of when Martin would finish the sixth book, factoring in the author’s own many (many) wrong guesses. Upon looking at Martin’s array of mistakes, I realized something: It almost looks as though he were hiding something from us.

In 2012, Martin predicted The Winds of Winter, for which he already said he had chapters completed in 2010, would be released in 2014. In early 2015 he said he thought he could finish it in a few months, then later in the year said he was hopeful it would be out before the spring of 2016. That would have kept the books ahead of the show, a goal he repeatedly said he was confident he could achieve. In January of 2017, he said he thought it would be released that year, but recently he said it won’t be before 2019.

Seeing it all laid out like that really highlights how insane this journey has been. But not because he hasn’t had lengthy delays and missed deadlines before. A Dance of Dragons was released in 2011, six years after A Feast of Crows came out, despite them having concurrent timelines and having been at least partially written at the same time. No, what’s insane is that he has consistently made such predictions and announcements knowing the entire world was tracking his every move because his books risked being surpassed by the most popular show in the world. People notice when you say you are only a few months away from being done with something and then don’t finish for another five years and counting. Even with his other projects and responsibilities, that’s an almost impossible miscalculation. So what are the possibilities we are left with to explain this almost unfathomable delay? The first is that his notoriously slow writing pace has come to an almost paralyzing crawl, and that even if he does finish The Winds of Winter, a book he will have needed nine years to write, next year, we could be another decade away from the final novel A Dream of Spring.

(Hold on one sec, I have to drink a barrel of wildfire after writing that paragraph…)

The other, more hopeful possibility, is that Martin wasn’t that crazy back in 2012 when he said he’d be done in 2014, nor was he off the mark by four freaking years when he said he just needed a couple more months in 2015. But if that’s true, it raises the obvious question: Why? Why not announce that the book is done? Why keep putting out fake predictions for a novel that is long complete?

There are two possibilities. One practical for a writer, and the other strategic as a public figure.

It makes sense he wouldn’t release the penultimate book in his series until he finishes the final one, in case he runs into any logistical problems with the story. A Song of Ice and Fire boasts an incredible large universe, with so many characters and plots that it doesn’t seem possible to keep track of all of them. The closer he gets to the end, the fewer opportunities Martin will have to work his way out of any snags in the canon; less story time limits where he can go. Martin may be holding onto The Winds of Winter in case it needs some narrative tweaking based on a problem he hits toward the end of the Song of Ice and Fire epic. He obviously wants to nail the landing on the defining work of his career, and this could be the best way to ensure that happens. But if this is indeed what he’s doing, why not just tell his faithful readers the plan? He can’t buy a cup of coffee without someone asking about The Winds of Winter—wouldn’t he be eager to put those questions to rest? Well, if fans are losing their minds about when he will finish it, how do you think they’d handle it if they knew for a fact the novel was done but being kept from them? Plus, in this scenario, Martin doesn’t really have to worry about backlash when the truth comes out, because for as annoying as it will be to find out we could have had the book years earlier, think about how amazing it will be to read an announcement that we’re getting The Winds of Winter in 2019 and A Dream of Spring in 2020? It would more than make up all of the frustration and fear we’ve had over whether the novels would ever be finished!

(It also doesn’t hurt that by delaying the release of The Winds of Winter, HBO, who will likely produce at least one Game of Thrones spin-off, was able to maximize interest in the show. There isn’t a single reader who won’t read the last two novels just because the show finished first, so Game of Thrones getting ahead of the books was never going to hurt Martin’s sales.) 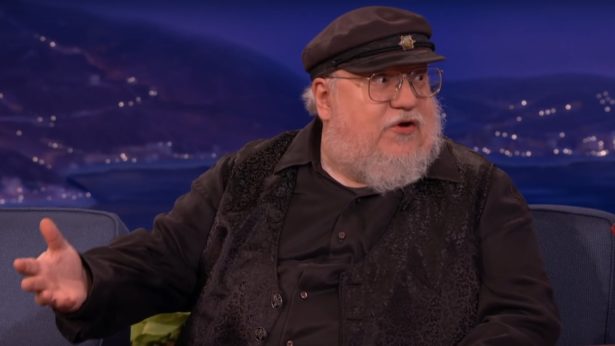 See? It’s not that crazy. Definitely not any crazier than the idea he has managed to miss his original prediction of needing just two more years by about 250%.

Still, I know it’s more likely that I am the Charlie Brown of Westeros, the gullible fool who thinks that this time Cersei will definitely hold onto that football, even though every missed publication date always ends with me on my back feeling like The Mountain is squeezing my head like a lemon. But it’s better than thinking The Winds of Winter is never coming. And how else can you get through the Long Night unless you believe in A Dream of Spring?

What do you think? Is there any chance this is true, or are we more naïve than a Stark in King’s Landing? Share your thoughts with us in the comments below.

TAGGED: HBO, George R.R. Martin, A Song of Ice and Fire, The Winds of Winter, a dream of spring