There is probably no single person in all of geekdom who gets imitated more than William Shatner. The Canadian-born actor has played many roles over his long career. But to most folks reading this, he is someone forever known as Captain James Tiberius Kirk from Star Trek. His way of delivering dialogue, specifically as Kirk, is something that comedians just can’t resist mocking. And it’s been that way for decades.

Now, Vanity Fair has caught up with the very spry 90 year old legend, and asked him to review several notable imitations of him over the years. You can watch his reactions in the video below.

You can’t help but feel a little bit sorry for Mr. Shatner watching this. You can tell it’s plain torture for him having to watch all these people poke fun at his very specific style of line delivery. But it’s equally hilarious to see how, even at 90 years of age, Shatner is not self-aware enough to see that yes, he does indeed sound like that. These SNL skits and whatnot are all exaggerated of course, but they’re funny because they’re accurate. But props to him. Because we’re not sure we could sit through that many videos of folks making fun of us. 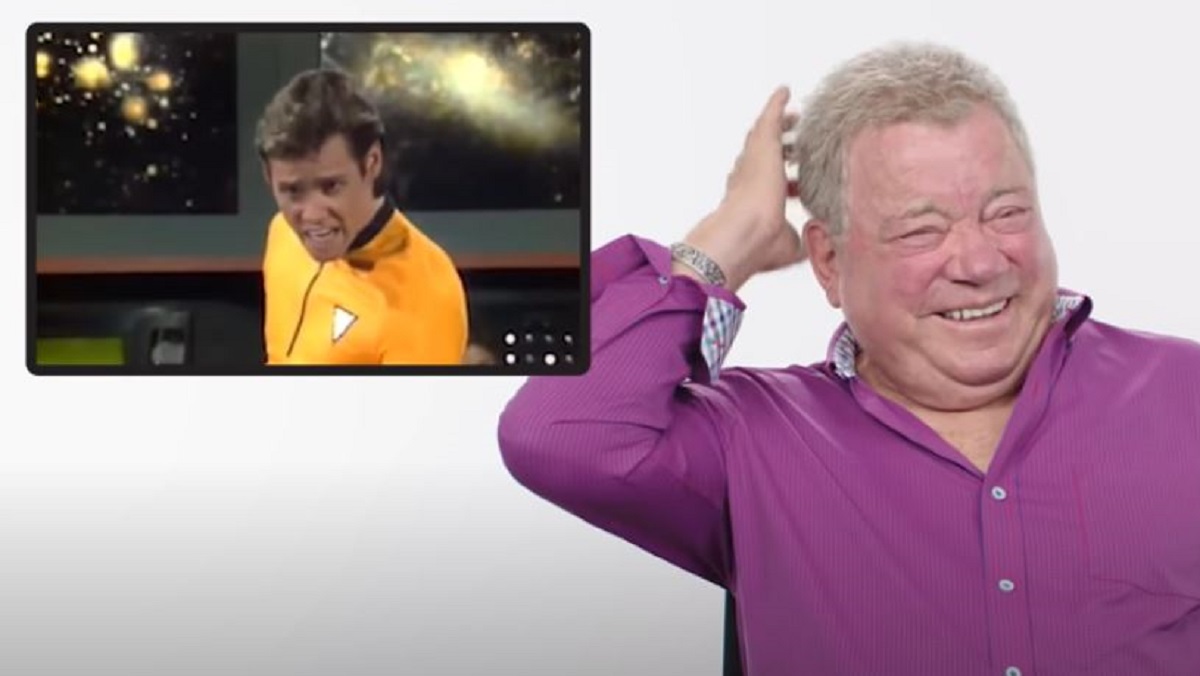 Among those doing their best Shatners are some serious comedy legends. There’s John Belushi, Jim Carrey, and avowed Trekker, Seth MacFarlane. For some reason, the MacFarlane one really gets Shatner’s goat. Maybe it’s because it’s the truest to life? Chris Pine’s SNL version is there too, which feels very meta. Actually, watching this video makes us wish we’d get Shatner back for one more go-round as Captain Kirk. And he deserves a better send-off than the one he got in Star Trek: Generations, that’s for sure. Let Shatner give one more performance as Kirk to fuel the next 40 years of imitators.