Here’s Your First Look at Will Smith in KING RICHARD

What’s that I hear? Did the trailer for the movie that is about to make Will Smith an Oscar contender once again just drop? Why yes, it did. King Richard is based on the true story of Richard Williams, the father and first coach of Venus and Serena Williams. The movie follows his journey as an “undeterred father” raising two of the most extraordinarily gifted athletes of all time.

Furthermore, the trailer also reveals how Richard developed a plan to ensure the best possibilities for his daughters. Chiefly driven by a clear vision of their futures, he uses unconventional methods. And so, he formulates a plan to take his daughters from the streets of Compton, California, to the world stage as legendary icons.

Smith shared the trailer via Instagram and calls the film an “origin story for some REAL DEAL superheroes.” 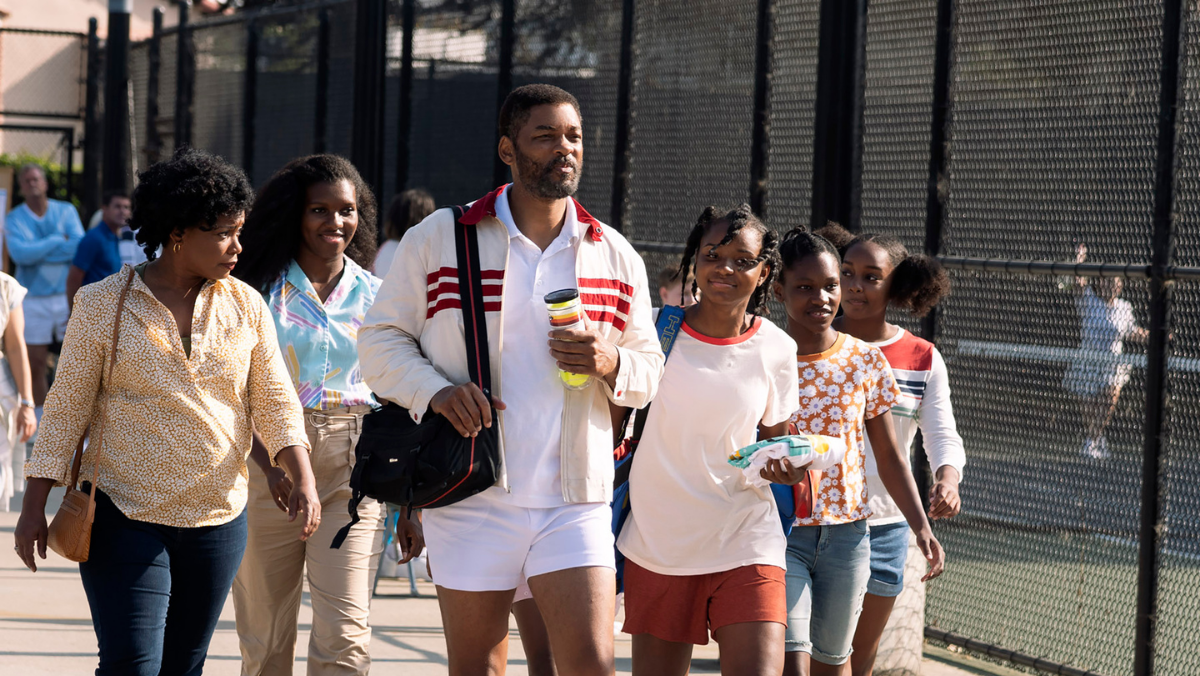 “One of the greatest honors as an actor is to be able to celebrate someone’s legacy while they’re still here creating it,” he notes. “I’ve gotten to do it a few times in my career playing Chris Gardner and Muhammad Ali […] it’s a fulfilling and expansive experience.”

After watching the trailer, we couldn’t agree more. Not only do we see glimpses at the biases and racism the family faced, but we also see how Richard prepped his daughters to be strong.

In a stand-out moment from the trailer, Richard tells his daughters, “The most dangerous creature on this whole Earth is a woman who knows how to think. Ain’t nothing she can’t do. You gonna show them how dangerous you are?” If that doesn’t make you run to see this, then who even are you? Just kidding. Maybe.

King Richard heads to theaters and HBO Max on Nov. 19.