Octopuses. They’re the little aquatic aliens that haunt our dreams, and, on rare occasion, our toilets. But the squishy octopods are more than just aquatic-type nightmare fuel. They’re also a source of soothing meditation and even inspiration for roboticists. It all goes to show how complex the mysterious creatures really are.

To better illustrate that complexity, here are five strange behaviors octopuses exhibit. Behaviors that separate them from nearly every other animal on Earth. Although perhaps not many species on their home world. 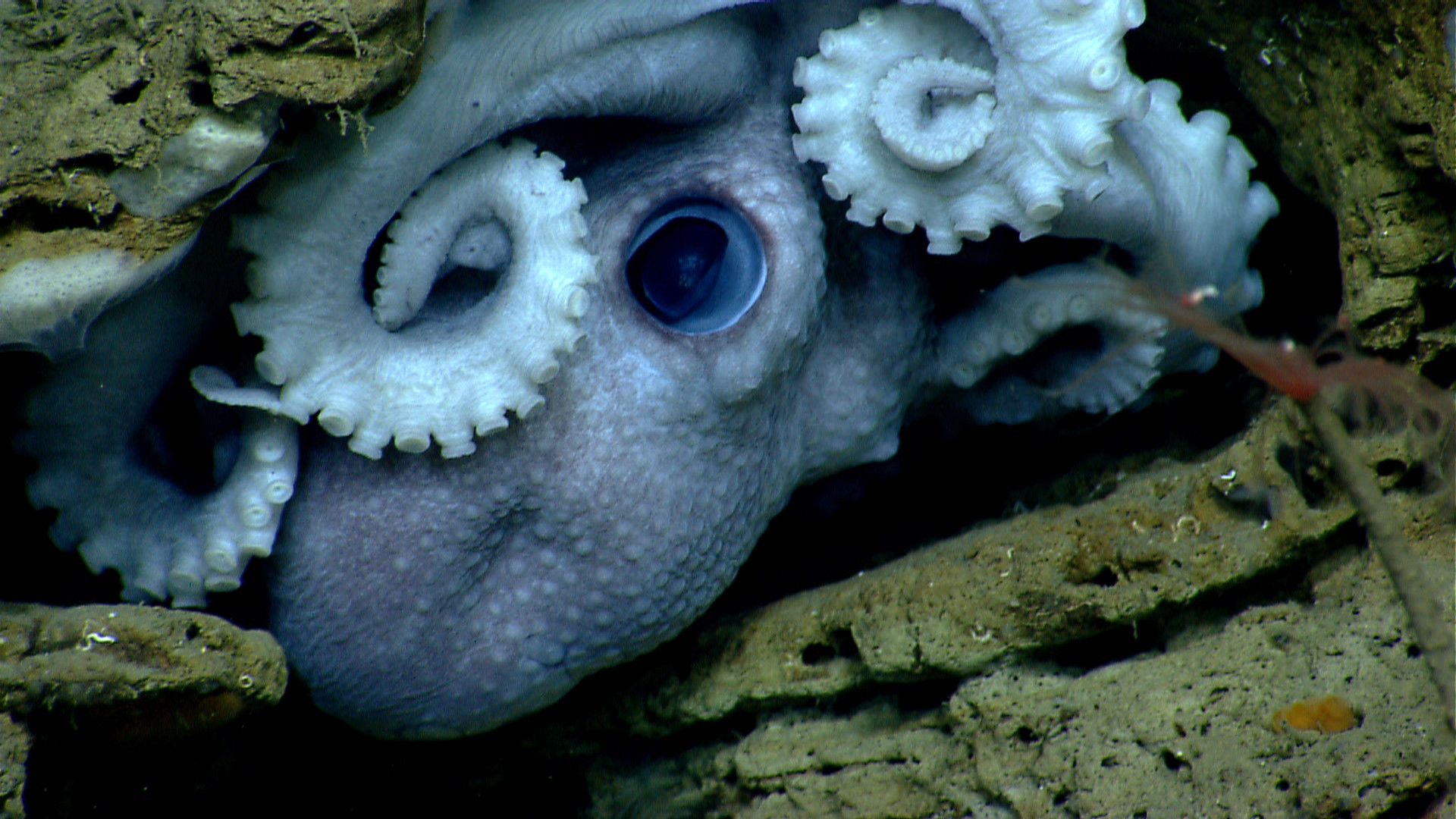 Yes, you read that right: fish punching. It turns out octopuses will occasionally hunt alongside fish, as the collaboration can be beneficial. But if the co-killers happen to take too much prey, or not put in enough work, octopuses will wallop them to keep ’em in line. It’s an example of a “ partner control mechanism,” and it’s brutal.

Our new paper is out on @ESAEcology, showing that octos express this behavior during collaborative hunting with other fishes. This was probably the most fun I had writing a paper. Ever! (small 🧵)https://t.co/Vwg9BoaSUo pic.twitter.com/PIYuVXpM9t

Funny – I also cover myself in shells to hide from people I want to avoid#BluePlanet2 pic.twitter.com/XFxLWViiDh

Octopuses aren’t only great with offense, but also with defense. Back in 2017, one diver in South Africa witnessed that firsthand when he recorded an octopus using a series of sea shells as literal armor. The inventive tactic, featured in an episode of BBC’s Blue Planet II, showcases just how sly and cool octopuses are under pressure. It’s almost as if they can play with their predators.

Just as octopuses can wallop their hunting partners, they can also use sneaky tactics on prey. The octopus below, in a tank at UC Berkeley, shows one such sneaky tactic, wherein it uses the classic “shoulder tap” technique to trick a shrimp into looking away from the looming source of its demise. The trick, of course, works well, and fair warning: things get gruesome.

While octopuses are fantastic brawlers, and clever predators, they’re also relatively good thinkers. (Maybe whales are on the same level, but they don’t have tentacles to grab stuff, so…) In the video above, one octopus demonstrates its species is capable of not only opening jars, but taking five minutes to figure out how to open jars. And it’s freaky to see the gears in its bulbous head turning away.

On top of smithing armor, punching co-workers, tricking prey, and solving puzzles, octopuses can do one more thing: camouflage themselves. In the tweet below, the Virginia Aquarium shows one of its baby octopuses as it first exercises its ability to camouflage. And while it’s not too effective on the octopus’ first try, it’ll learn to use that ability to blend into its environment—where it definitely won’t be plotting the demise of all advanced land mammals.

Animals
Rats Have Rhythm and Totally Get Down to Lady Gaga and Queen
Melissa T. Miller
2 MIN READ
SEE MORE