We’ve all made jokes about how its a bad idea to eat food of a questionable nature. Just like we’ve all laughed at the idea of eating past-its-prime fish. That’s why there’s no hypothetical meal more hilarious than old gas station sushi. But it turns out eating that sitcom cliché is no laughing matter. There’s a real reason it’s such a bad idea, as one mom learned during a terrifying ordeal. Five-day old gas station sushi led to a lot of suffering, and there’s nothing funny about her story.

The YouTube channel Chubbyemu shared the awful tale (which we first heard about at Digg) of a mom who ate five day old gas station sushi. We would all like to think/hope that dining on such a questionable dish would, at worst, lead to us spending more time in the bathroom. Unfortunately “JC” had far bigger problems for almost a year. Months after eating—and forgetting about—the sushi, she suffered from intense insomnia, lost most of her appetite, started seeing bugs crawling on the wall before feeling them under her skin, and suffered from delusions. Doctors initially couldn’t find anything physically wrong with her. But eventually she ended up in the emergency room after suffering a seizure.

While she was originally diagnosed with a B-12 deficiency, supplements didn’t help her issues. She completely relapsed and had another seizure. That’s when doctors finally figured out what was causing her problems. She had a massive tapeworm. It was eating her supply of B-12, which was causing her cells to utilize other energy sources. That created her neurological symptoms. 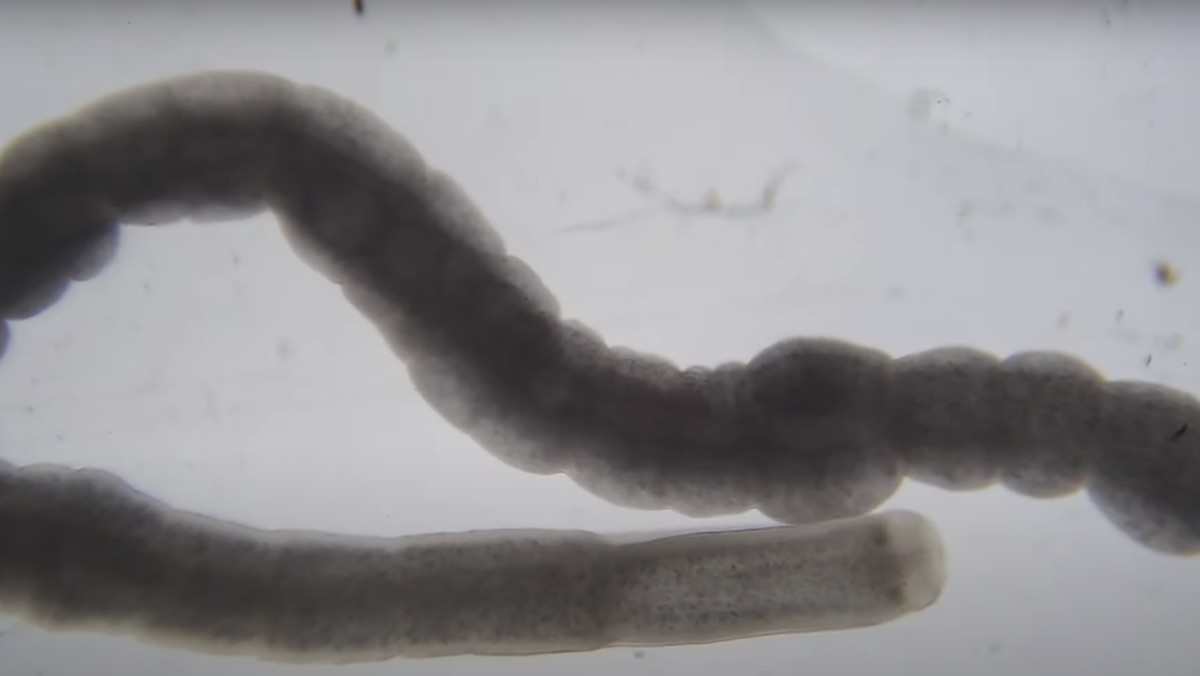 This horrific saga at least has a happy ending. Once they killed the enormous parasite with medicine, she was on a road to a full recovery.

But it has forever changed us. We’re never going to joke around about eating old gas station sushi ever again. It’s always been a terrible idea, but there’s nothing funny about it.