Many years ago I stopped drinking regular soda in an attempt to dramatically cut back on my sugar intake. It was a smart move, though probably undercut by my enjoyment of the diet kind. Sure, the fake sweetener stuff means less calories, but it’s not exactly the healthiest thing to put into my body. Like a lot of other people, I just can’t seem to quit cola entirely. But I might have finally come across something that will help keep me away from it for a while. The next time I reach for a Diet Pepsi, it will be hard not to think about this gross time-lapse video showing how mold consumes a glass of soda over 105 days.

This recent video from the YouTube channel Temponaut Timelapse (which we first saw at Digg) traces what happens to a glass of soda if left sitting out for a long time. For the first few days, the cola starts to evaporate, while its lemon slice garnish shrinks. It’s somewhat surprising how easily the liquid disappears, but nothing too unpleasant to behold just yet. But by day, six the inevitable mold that was already forming shows up for good. And from there it’s basically three-and-a-half months of a sci-fi horror show—the glass is transformed into dark residue of green and black mold.

Clearly The Simpsons got it wrong. If Lisa ever put a baby tooth in soda, she wouldn’t create an advanced civilization of tiny people. She would create an army of mold monsters who would turn us all into zombies. 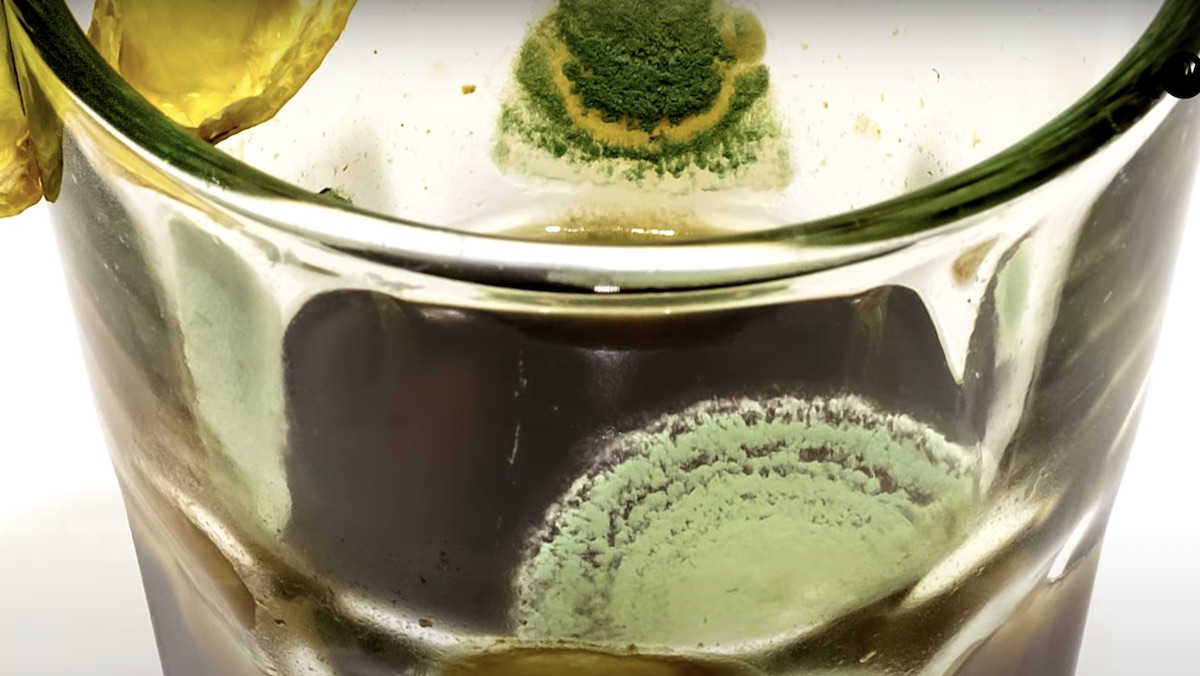 Sure, this would inevitably happen with many types of foods and drink left out in the open. And it might actually be more worrisome if the cola was immune to natural decay thanks to preservatives. But the gross imagery of this video will definitely stop me from grabbing a can of coke anytime soon. (But when I inevitably do, I’m going to drink it much faster.)