Why You Should Be Watching TUCA & BERTIE - Nerdist

You might have spotted it on Netflix or seen the promos on Adult Swim. Or if you’re one of the rare few who still pays for cable, you may know it as that show that comes on after Rick and Morty. For those unfamiliar, let me introduce you to the best adult animated show on television: Tuca & Bertie.

The series first premiered on Netflix back in 2019. However, the streaming giant ultimately canceled Tuca & Bertie after just one season. Disappointed fans who had come to appreciate the series for its abstract cartoon style made their disappointment known. That dedicated fanbase likely contributed to Adult Swim picking up the series’ second season for cable in 2021. Now, two years after its original release, the duo is back and better than ever.

Dropping new episodes weekly, season two of the animated series has offered gem after gem. The episodes continue to push the limits of the show’s creative heights. Season two has been a highlight reel of everything that makes Tuca & Bertie a masterpiece. The creative team’s brilliance is on full display week after week. Below are just a few of the reasons why you should be watching Tuca & Bertie.

The Bizarre and Whimsical World 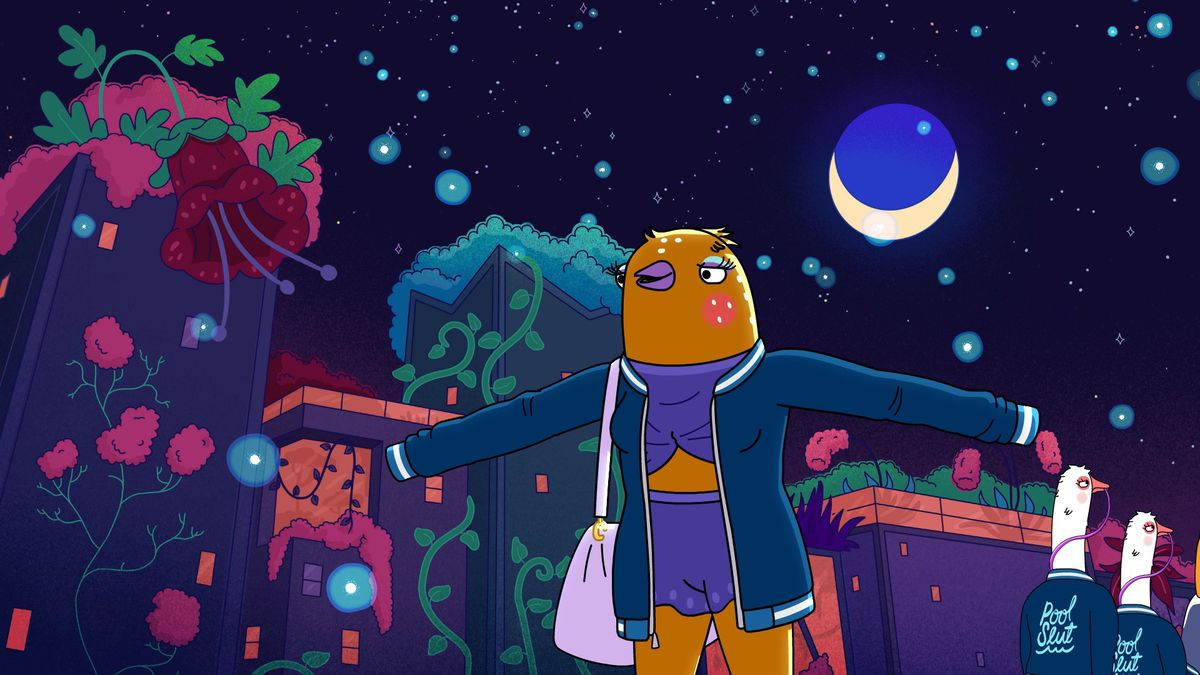 The world of Tuca & Bertie is a bizarre one. While visually similar to its Netflix counterpart, BoJack Horseman, Tuca & Bertie proved to be a much different vehicle than its more somber, grounded predecessor. Whereas BoJack featured a diverse mix of humans and animals in a real world location like Hollywood (or Hollywoo, as it’s known on the show), Tuca & Bertie resides in a more surreal world. It mostly consists of bird- and plant-people, with the occasional appearance of other random animals like a mouse or monkey. Also sex bugs. We can’t forget about the sex bugs.

As a result, the setting becomes a character in itself, building on these abstract ideas of how such a society would function. One of the more recent episodes in the second season, “Planteau,” fully embraces this madness as the duo heads to the titular plant city for a bachelorette party. We get some truly standout moments as the group explores the city. Plus a wonderfully wild side plot involving Bertie’s boyfriend Speckle! The coinciding bachelor party perfectly exemplifies just how out there the world of Tuca & Bertie can get. 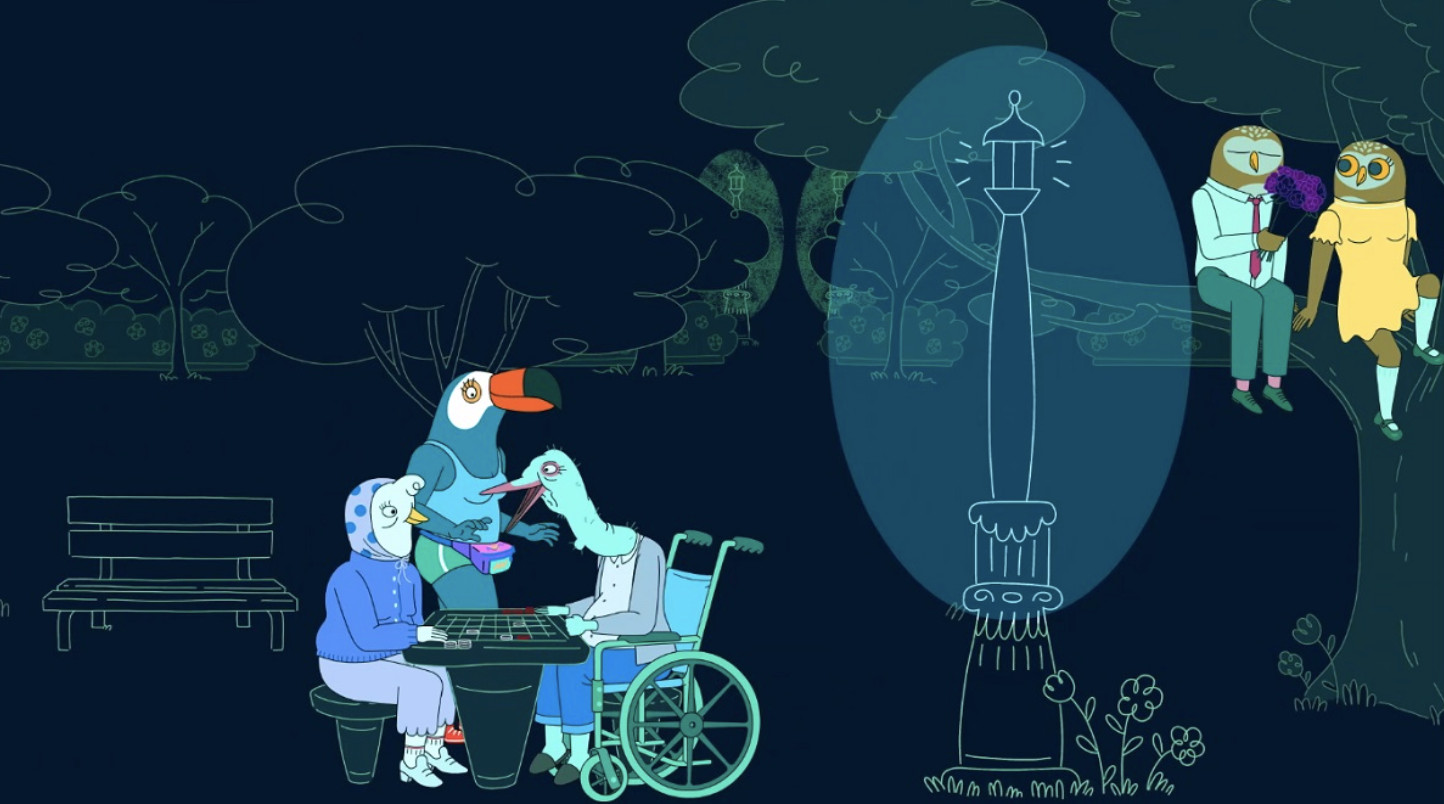 Hand in hand with the physical world the characters inhabit is the show’s unique visual style. Tuca & Bertie takes a zanier approach with its animation, constantly breaking its own boundaries and never lacking in energy. The hyper movement of the scenery and characters is chaotic, yet always maintains a fluid intentionality. Additionally, no physical realism binds the characters. For example, in the season two episode “Kyle,” after a mental exercise during a therapy session, we see Bertie’s internalized ideas of assertiveness and confidence manifest themselves as a bro version of Bertie named Kyle. Then Kyle goes on to play a key role in the episode as a physical character interacting with the world around him.

On the flip side, the show also utilizes the visual medium to explore more serious and complex topics. This allows the animators to experiment and change up the art style. At its best, the show demonstrates the power of visual storytelling and uses its animation to explore abstract ideas in interesting and meaningful ways. Nowhere is this better showcased than the season one episode “The Jelly Lakes.” Many consider it the best episode of the series. It takes a nuanced and touching look at trauma and its lasting impact on a person’s life. And the animation takes full advantage of the medium with results that range from thought provoking and cerebral to cleverly absurd and hysterical. 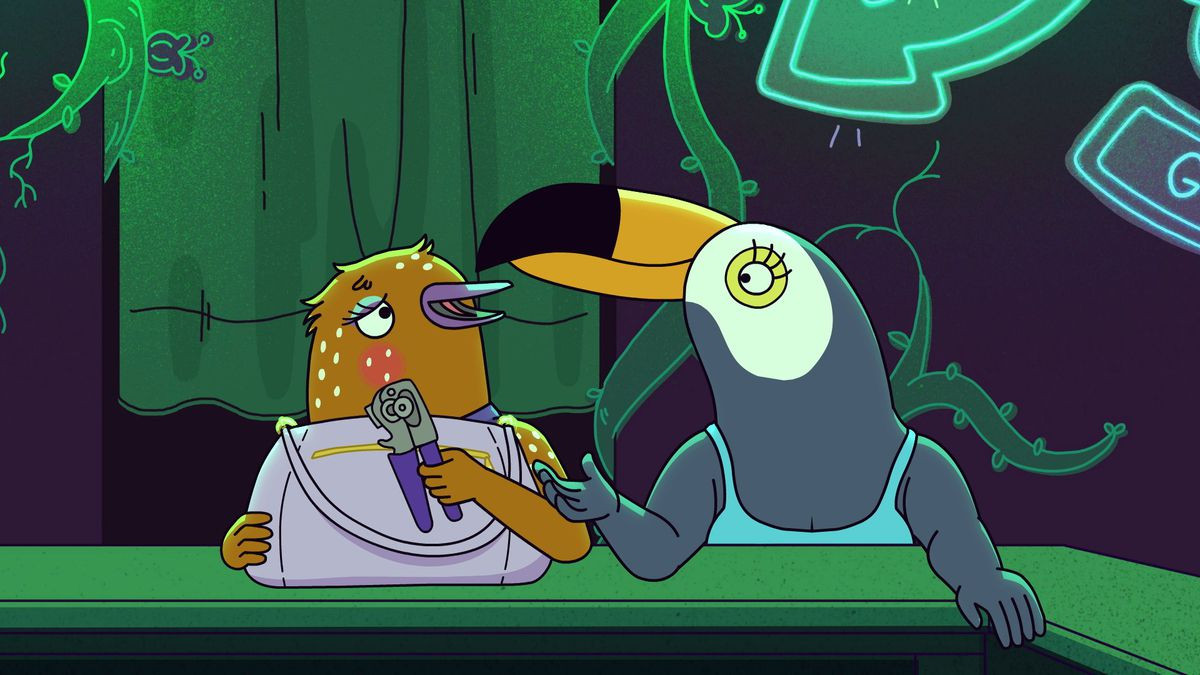 Beyond the visual representation, the writing is simply unparalleled. While the show’s comedic stylings are immediately noteworthy and admirable in their own right, the series truly shines in just how expertly they make it all so deeply relatable. For all the protagonists’ outlandish misadventures in a world that often feels so completely alien from our own, the emotional core of their lives and stories remains all too real. Whether it’s depression, anxiety, loneliness, or simply attempting to navigate the often frightening world of adulthood, Tuca & Bertie hits home in its storytelling with characters and issues that resonate with its viewers.

Furthermore, the series’ wide array of relationships are genuine and complex. Their emotional struggles do not exist in a vacuum. You can see how the continued growth of the characters informs not only their individual journeys, but who they are as partners, co-workers, family, and friends. From Tuca’s complicated family dynamics and struggles with sobriety to Bertie’s never-ending internal conflict as a result of her lived trauma and the challenges of a long-term relationship, you see all these things explored in the world and people around them. The relationships evolve in new and interesting ways. And somehow in this world filled with birds, plants, and all manner of animals, it all feels utterly human. 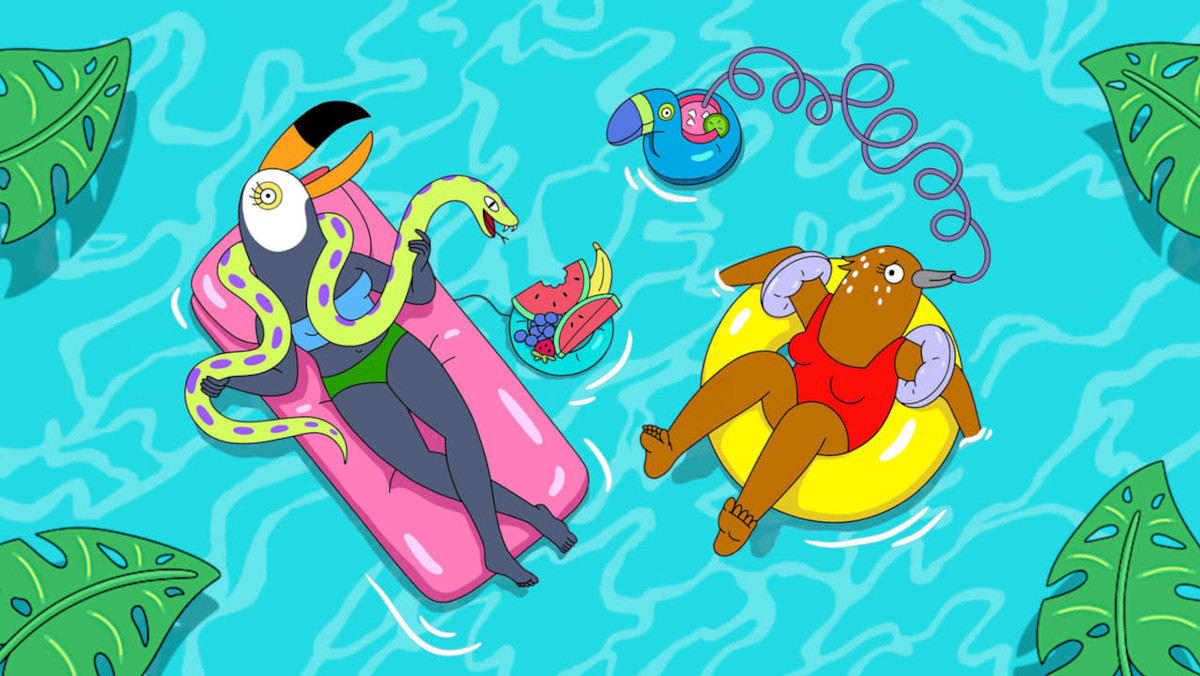 Thankfully, the series appears to only continue to grow in popularity as more people tune in on Adult Swim and new fans discover the first season on Netflix. However, one can’t help but be paranoid after the previous abrupt end. With that concern I implore everyone to not miss out on this incredible series. With only a few episodes left to air, be sure to show your support by tuning in live or on demand or when the season eventually makes its way to HBO Max later this year. You can even watch the season two premiere on Adult Swim’s YouTube channel.

Together we can make sure that this return to Bird Town will not be our last.