TUCA AND BERTIE Animated Series Renewed Thanks to Adult Swim

Tuca & Bertie has a new home! Adult Swim has picked up the irreverent animated series for a second season. The spunky tale of two lady bird best friends in the big city premiered last year on Netflix, but despite good reviews, the streaming service canceled the series.

Never fear though, because according to Variety, Adult Swim knows a good thing when they see it. “Adult Swim has ordered 10 episodes of the adult series that revolves around two birds who are best friends and live in the same apartment building. The sophomore season is targeted to premiere next year.” 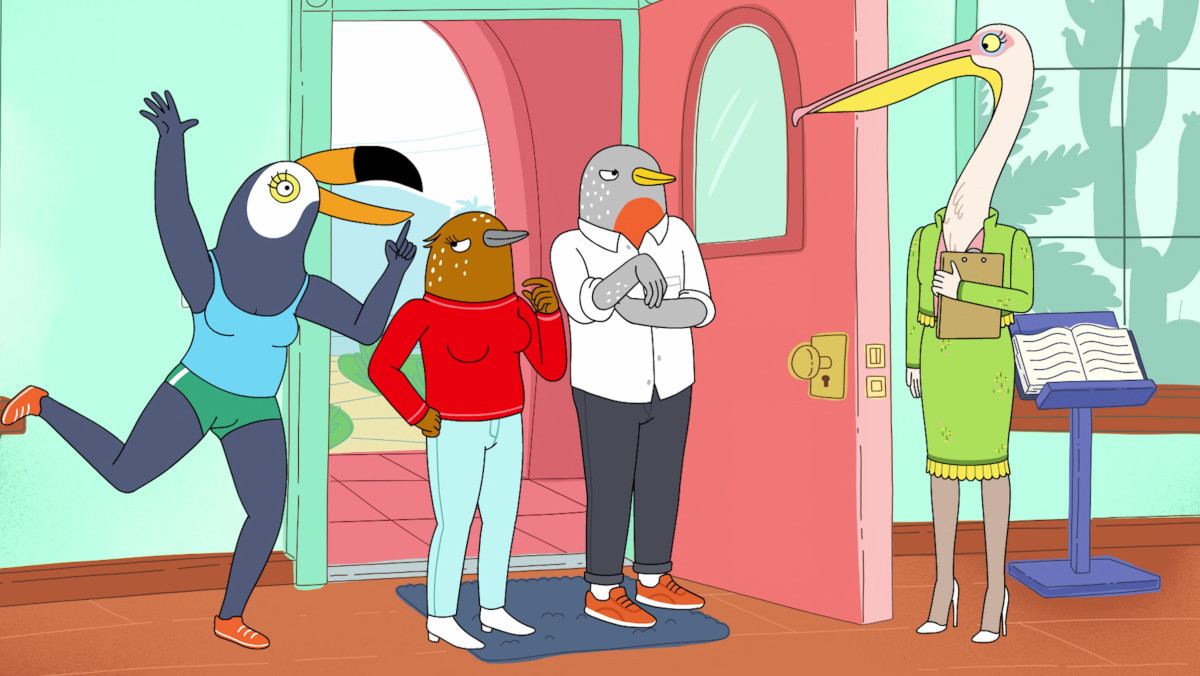 Netflix’s decision to end the show surprised many critics and fans. Especially since since their first animated series BoJack Horseman has done so well for them. The same creator, Lisa Hanawalt, writes for both BoJack Horseman and Tuca & Bertie. Hanawalt told Variety, “I’ve been a fan of Adult Swim shows since my teens, so I’m thrilled to bring my beloved fowl to the party and be a new voice for a fresh decade of absurd, irreverent, yet heartwarming adult animation.”

When Netflix released the first trailer in April 2019, it was clear that the show would highlight female friendship. Plus, it does so in an animated world where stakes can be heightened in a unique way. As a show with two women of color as the leads, this series is a positive step towards animation and storytelling reaching more people. We feel relieved the series’ creators and writers get to tell more of this delightfully weird story.