The relationship between the GM and the players is fraught with tension. GMs should challenge the players without completely destroying them. Players should engage in the story while still making organic choices. There are many games that offer mechanics to play with this tension. In Numenera, and the other Cypher System games that followed, the mechanic is called a GM Intrusion. 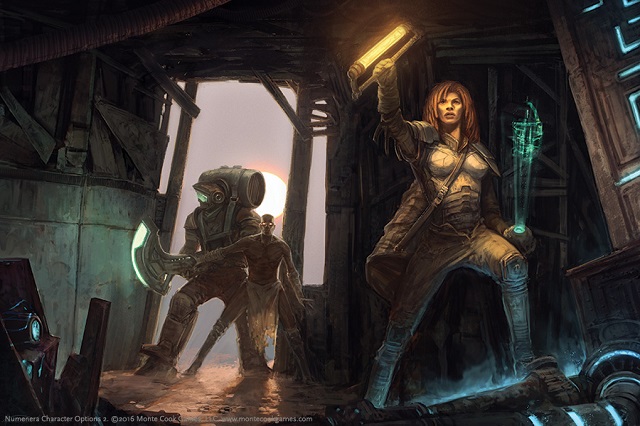 The GM can choose to use a GM Intrusion at any time. They give two XP to the player the intrusion affects the most and describes what unexpected challenge or difficulty befalls their character. If the player accepts the Intrusion, they gain 1 XP and then give the second XP to another member in the party and explain why they got the XP. If they refuse, they pay an XP to cancel the Intrusion. Intrusions are usually on the scale of critical failures in other RPGs; in fact, the GM has an option to inflict an Intrusion on a player if they ever roll a 1 in play.

For players, this is an opportunity to take the spotlight for their characters. Intrusions early on in a story often have humorous outcomes because the pressure isn’t on yet. It also offers opportunities that spin directly out of player action. Owning failure is a good way to fail forward, and suggesting the outcome of an Intrusion to a GM might convince her to go with your plan rather than hers because it’s more troubling or creative. The bonus XP award is also a chance for players to reward other players for good play or good ideas. When a player gets the bonus XP for making the entire table crack up or coming up with a clever use of a cypher that gets everyone out of a jam, that reinforces that type of behavior at the table. The GM has a lot of plates spinning when the run the game; letting players reward good game means the GM is less likely to miss something cool. 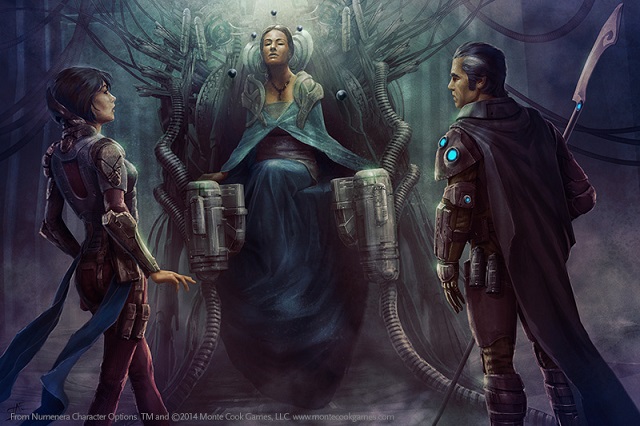 Intrusions allow GMs ways to challenge players in unexpected ways. If a player always uses the same tactic in a game, the Intrusion is a good way to see how they come at it from a different angle. Try out a lot of intrusions at the beginning of a session and taper them down as the noose closes. Failure early in the story can be amusing and generate situations rich with story potential farther down the line; that merchant who saw the Jack pocket a cypher might turn the town against the players or might blackmail them into recovering a powerful artifact from a dangerous location. Pay attention to the fluidity of player’s XP too, because a player with low or no XP might be more likely to put their character in danger by accepting an Intrusion.

What’s your favorite Intrusion? Tell us in the comments! And if you’re looking for roleplaying tips, do check out Starter Kit on Alpha – you can get a free trial for 60 days at projectalpha.com in anticipation for the newest season with code “Numenera”!