Why Mobius Was Wrong About LOKI's Nexus Event - Nerdist

Why Mobius Was Wrong About LOKI’s Nexus Event

“Two Variants of the same being, especially you, forming this kind of sick, twisted romantic relationship. That’s pure chaos. That could break reality. It’s breaking my reality right now. What an incredible seismic narcissist. You fell for yourself.”

Loki didn’t initially realize what caused his never-before-seen nexus event on Lamentis-1. A moment so powerful it seemingly defied the laws of space and time. But Mobius didn’t understand what caused it either. The TVA agent thought it was nothing more than the universe’s most egotistical being falling in love with himself. What really happened between Loki and Sylvie was a connection that’s only possible when you find someone who understands who you really are. And their love lets you finally understand why you should also love yourself. 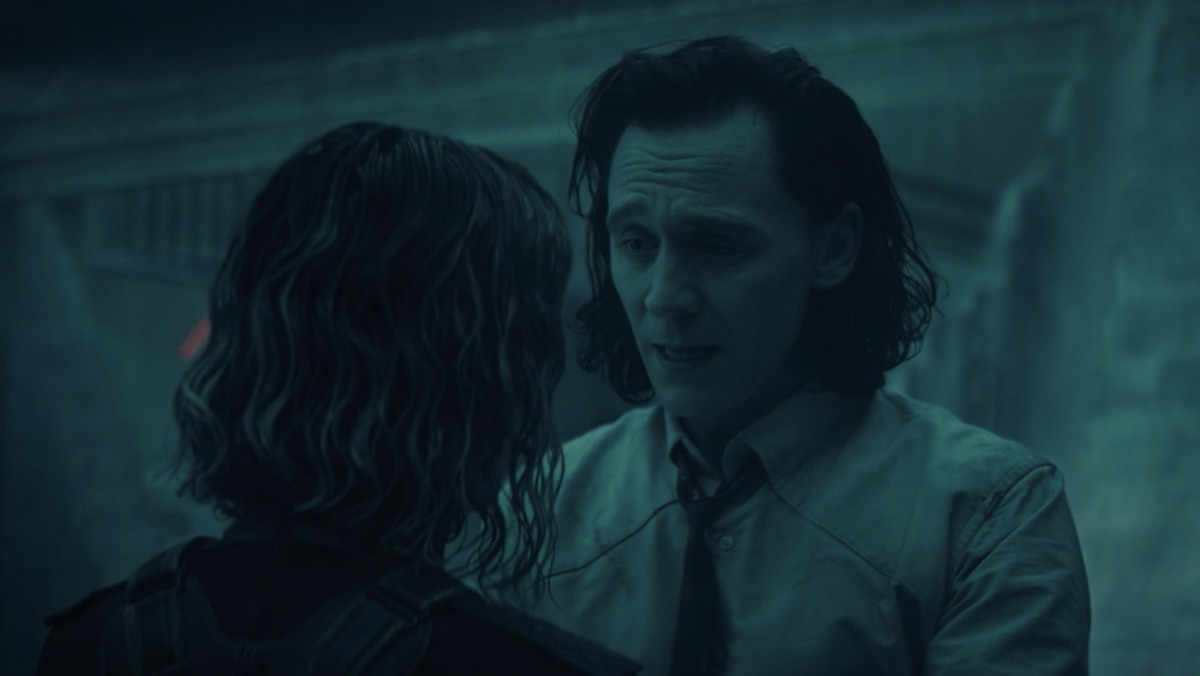 The show’s fourth installment, “The Nexus Event,” takes its name from the episode’s most important scene. Loki and Sylvie seemed destined to die in Lamentis-1‘s apocalypse. Previously those end-of-the-world events allowed Sylvie to hide from the TVA, since changes within an apocalypse don’t change anything. It doesn’t matter if you ruin a salad with salt and pepper if someone is going to pour juice all over it anyway. Until now, apocalypses remained immune from forming branches on the Sacred Timeline. Let alone one unlike any the TVA had ever seen previously.

Loki and Sylvie’s final conversation on Lamentis-1 was so important and so powerful though, the universe had no choice but to take notice. And what it took notice of was something far more important than a case of narcissist self-admiration. 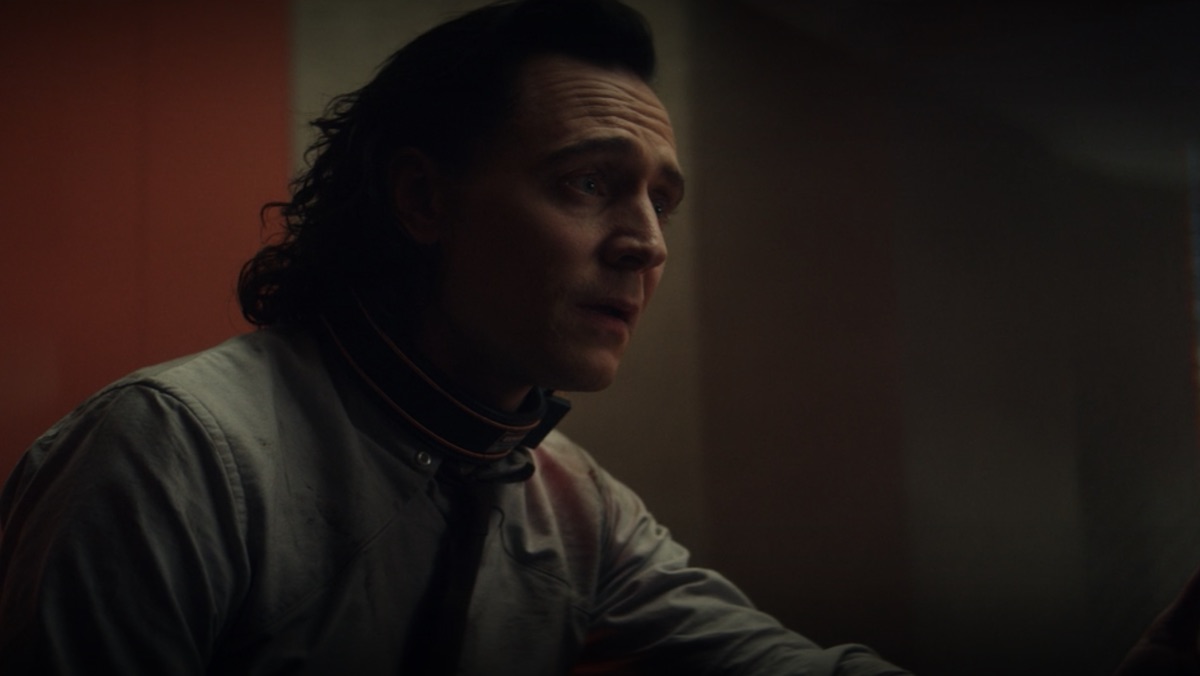 After sharing her tale of a life spent alone and fighting for survival, Sylvie returned to a question both Variants have considered previously. This time Sylvie provided a much sadder way of thinking about it. “Do you think that what makes a Loki a ‘Loki’ is the fact we’re destined to lose?” she asked. Loki’s honest reply changed the trajectory of the entire universe.

“No. We may lose, sometimes painfully. But we don’t die. We survive. I mean you did. You were just a child when the TVA took you. But you nearly took down the organization that claims to govern the order of time. You did it on your own. You ran rings around them. You’re amazing.” 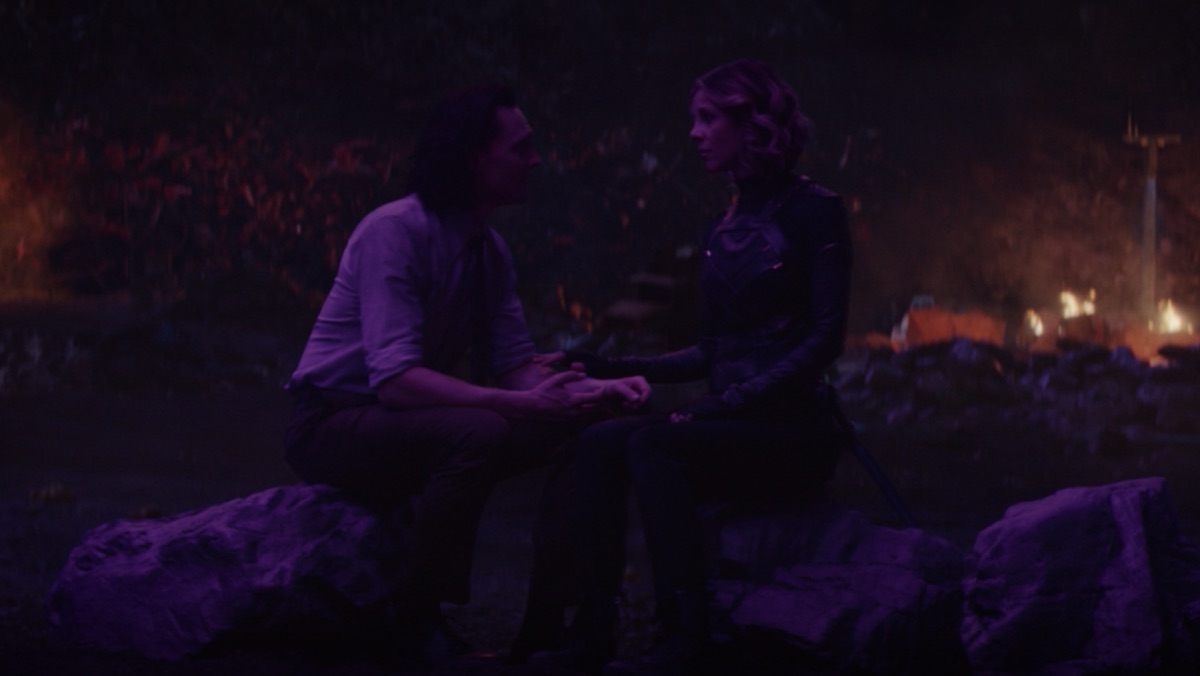 That might have been the first time since she was an innocent girl ripped from her home that Sylvie heard a real compliment. It also might have been the first time anyone recognized what she had accomplished under impossible circumstances. And in seeing the best in Sylvie and who she really is, Loki also finally found something he’s always wanted: someone who understands him. There’s another person out there capable of incredible feats, with the strength to persevere against anything, who still feels as small and afraid as he does. Loki is not alone in his loneliness. And if someone who is just like him is “amazing,” maybe he’s not so bad either.

Sylvie was so touched by Loki she instinctively touched his arm, kicking off the nexus event. Mobius was right: this seismic event could break reality. He was wrong about why it happened though. A Loki who no longer hates himself, who is no longer “scared of being alone” as he admitted to the memory of Lady Sif, is capable of anything. Look at what he’s accomplished on his own all while being full of self-hate. Whether it’s a Loki no longer afraid to live in his brother’s shadow or up to his father’s legacy, or a Loki who no longer needs to hide alone in apocalypse events, or a Loki who believes in him or herself, that kind of Loki could be unstoppable. This is a Loki with conviction.

The universe and the Sacred Timeline might not be able to handle one of them, let alone two. 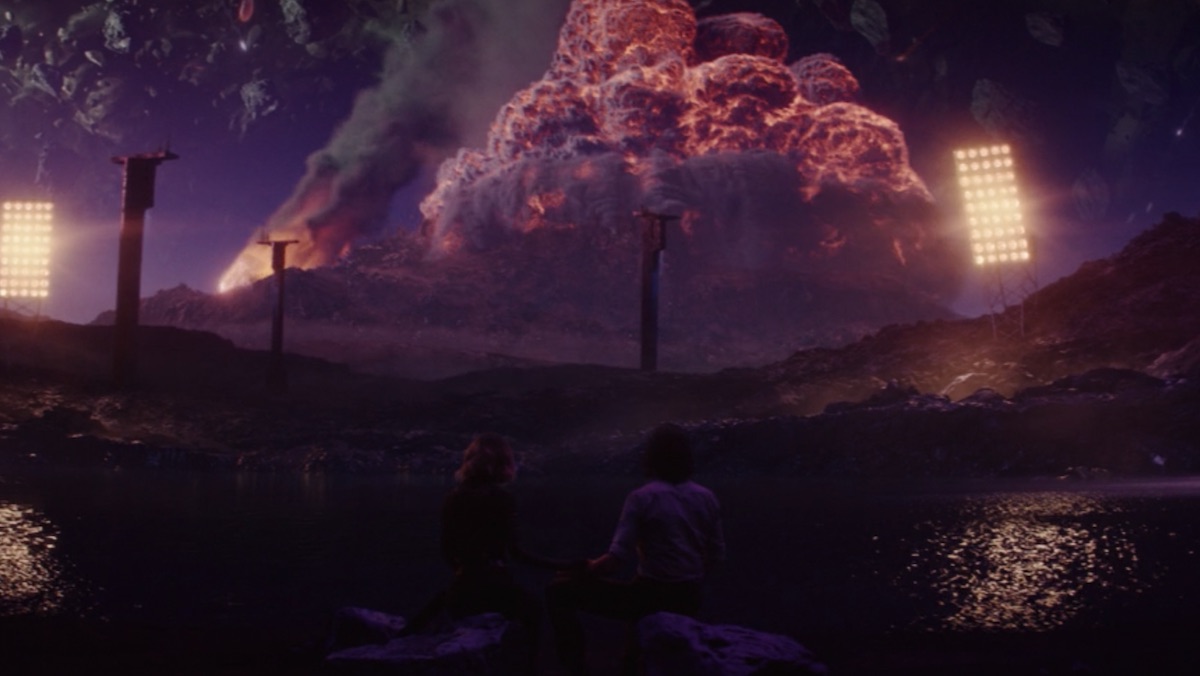 Even if this was the start of a romantic relationship (a love Sylvie has yet to even fully realize herself), there’s nothing “sick” and “twisted” about it. Loki and Sylvie see a lot of themselves in the other and see the good in the other. But that’s true of all meaningful relationships. And there’s nothing icky about this possible romance. They aren’t the same person anyway. Loki grew up in Asgard surrounded by family and friends who loved him. Sylvie grew up alone, watching people live out their final moments in terror without hope. They might each be a Loki, and share certain traits. But like anyone in any timeline, their own experiences shape each of them.

Before the TVA saved them, both Loki and Sylvie found peace, smiling as the end approached. Neither was afraid to die, because for the first time in their lives, they weren’t alone. For the first time they both found a love that was real. A connection only made possible because someone finally made them see why they are worthy of love.