Who Is the Marvel Comics Version of LOKI's Sylvie? - Nerdist

Who Is the Marvel Comics Version of LOKI’s Sylvie?

Stealing scenes left and right on the Disney+ series Loki is Sylvie, an alternate timeline variant of the mischievous prince of Asgard. Sophia Di Martino deliciously plays the character in episodes two and three. But who is Sylvie in the comics? Is she the same person as Lady Loki? Turns out, not so much. Sylvie is a totally different character from Loki Laufeydotter. One related to the adopted Asgardian Frost Giant, but not exactly another version of her. She’s also a relatively recent creation, debuting in 2009’s Dark Reign: Young Avengers mini-series. Here’s the rundown.

Originally hailing from Boxton, Oklahoma, Sylvie Lushton believed she was just an ordinary American girl. Until one day, the Asgardians who perished during Ragnarok reappeared in the skies over her small town, reborn. Shortly after the resurrected Asgardians arrive, Sylvie discovered she suddenly had magical abilities, like teleportation. She could also cast many spells, including transmutation. Sylvie also had the standard flight and mental manipulation and telekinesis powers. And she was proficient at creating forcefields and detecting others’ spells.

These powers were themselves all products of Loki’s magic. In fact, Loki would later suggest that Sylvie didn’t even exist at all until the moment she awoke with powers, and the God of Mischief totally fabricated her memories of an ordinary life. Loki was amusing herself by creating a mortal being that only suspects she’s an Asgardian. The Loki of this era presented as female, which ties the concept of Lady Loki together with the creation of Sylvie. Sylvie took on the name and general appearance of Amora, the Enchantress, a longtime Thor foe from Asgard. One who has yet to appear in the MCU. 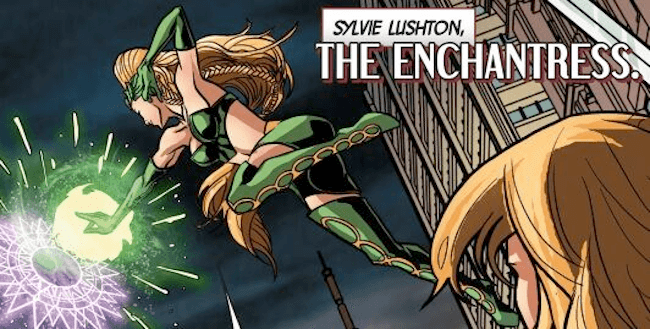 Although the original Enchantress was a villain, Sylvie became a hero. Well, she tried to. She went to New York and joined the team called the Young Masters. This was during the period in the Marvel Universe called “the Dark Reign.” During this time, Norman Osborn, the Green Goblin, positioned himself and other villains as Earth’s great heroes. The Young Masters became Osborn’s counterparts to the Young Avengers. Despite being on a team already, Sylvie tried out for the Young Avengers and got in. But then, the truth came out. Sylvie was a creation of Loki’s sent to dismantle the Young Avengers’ magical defense systems from within, as a sort of trap. Soon after this revelation, the group kicked her out.

After the events of the Dark Reign, and her disastrous brief tenure with the Young Avengers, Sylvie wandered around the Marvel Universe looking for a purpose. Ultimately, she embraced her role as a bad guy. She joined the Hood’s version of the villainous Illuminati, and also joined the Doom Maidens. She even joined up with a new version of the Masters of Evil. All of her adventures on different villain teams ended when the real Enchantress, Amora, returned. Not too keen on someone infringing on her trademark, the real Enchantress subsequently banished Sylvie to one of the Ten Realms. And she remains lost there to this day.

Is Sylvie Another Quicksilver? 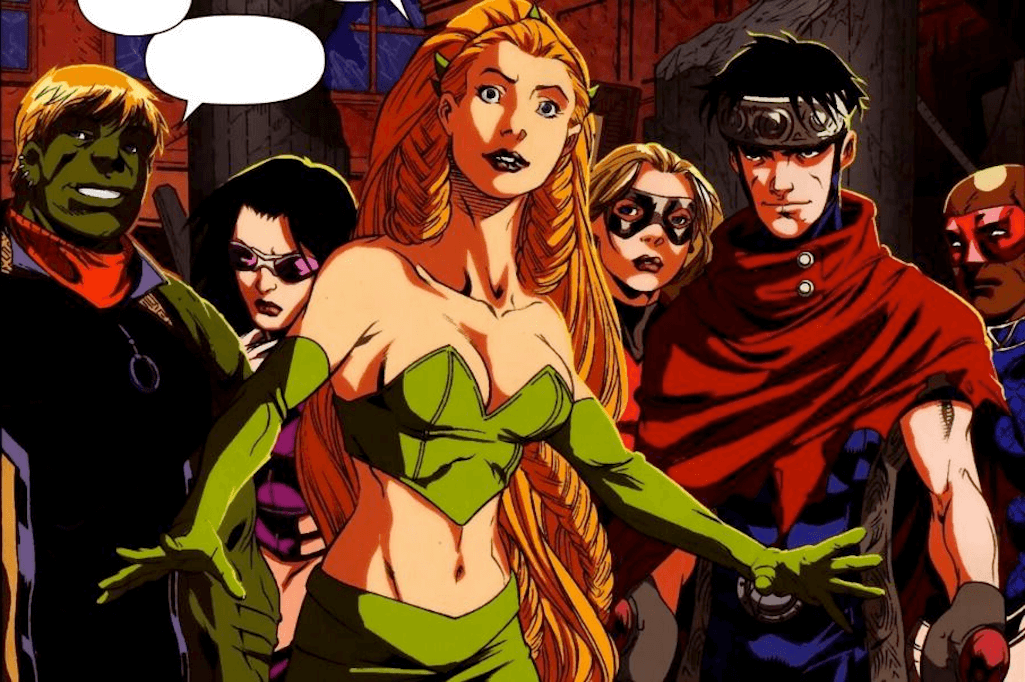 So is the Sylvie from Loki tied into the Slyvie from the comics? Right now, the name might just be an Easter egg for Marvel Comics fans. There’s nothing to suggest that variant Lady Loki isn’t what she claims to be. Of course, appearances can deceive in the MCU. We might see another Quicksilver/Ralph Bohner moment play out soon. And the character from the series might just be a creation of the true Lady Loki, who remains offscreen. Only time will tell. No pun intended, of course.