Why We Love Merrin from STAR WARS: FALLEN ORDER - Nerdist

Cal Kestis may be the central protagonist in Star Wars: Fallen Order, but the real unsung hero of the popular video game is Merrin, a nightsister from the treacherous planet of Dathomir. With their powers of reanimation and illusion, nightsisters are cool as hell, but they’re sometimes vilified and presented one-dimensionally in the Star Wars franchise. While Cal Kestis is kind and empathetic and everything a young strappy Jedi ought to be, I found myself connecting more with Merrin, who’s funny, perceptive, and complex. Here are five reasons why I love her.

She doesn’t take any crap.

From infusing her fellow nightbrothers with her powerful magic to sending hordes of her undead sisters after her enemies, Merrin’s not one to be trifled with. When she learns of Malicos’ corruption and manipulation, she takes matters into her own hands and I’m so here for it. Not only did he lead the nightbrother astray, but he also tried to get Cal to join him. Malicos took advantage of the wrong nightsister, that’s for sure. After Cal rends the dark sider defenseless in battle, she uses her magic to entrap him deep in the earth. He underestimated Merrin’s strength and paid a serious price for it. If that’s not badass, I’m not sure what is. 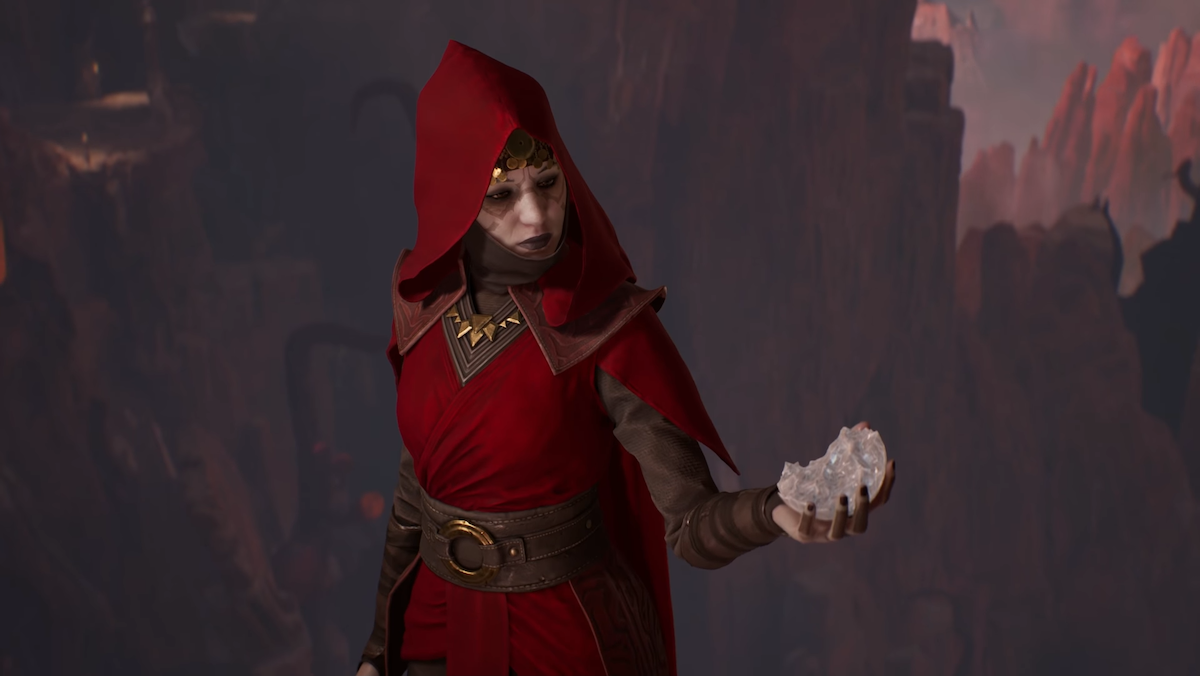 She’s got a wicked sense of humor.

Whether she’s shelling out a deadpan remark or a sarcastic joke, Merrin’s pretty darn funny, despite her tragic background. Plus, it’s refreshing to see a nightsister with a sense of humor, as it only adds more nuance to her as a character. Some of the best moments are when she’s playfully teasing Greez, the gravelly-voiced pilot of the Mantis. When she tells Greez that she takes her scaz steak rare, his reaction is priceless. Part of why I love Merrin is that she openly pokes fun at the evil nightsister stereotype.

Merrin clearly makes Greez uncomfortable. Maybe teasing him is her way of diffusing the tension. Maybe it’s how she deals with hardships in her life. Whatever it is, I love her wry sense of humor, as it’s something I didn’t expect from a nightsister. When Merrin tells Greez she needs one of his arms to complete a ritual, he almost believes her. She then flicks his forehead and tells him to not be so serious. It’s such a minuscule part of the cutscene, but it speaks volumes about the kind of person she is. She’s resilient and powerful but not unfeeling or unkind. 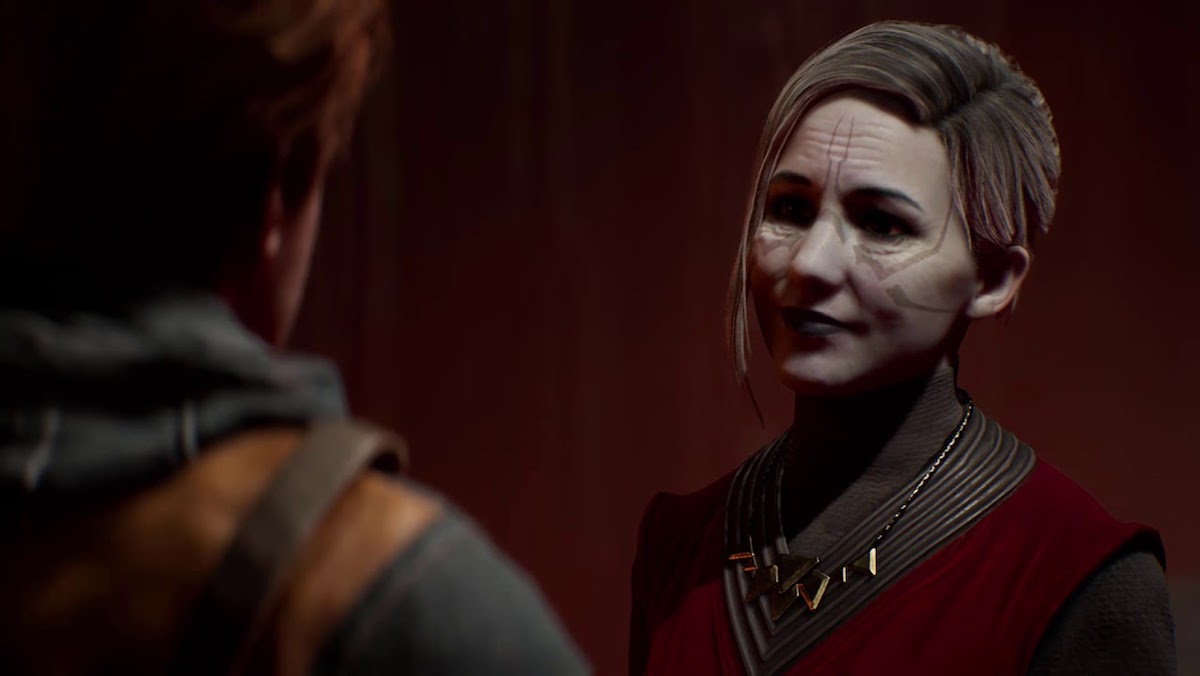 Cal is the strappy young hero of the story. He’s the guy we’re supposed to root for and rally behind, right? But even heroes occasionally have misguided intentions and need to be questioned from time to time. When Merrin learns of the holocron containing the names of force-sensitive children, she asks Cal if rebuilding the Jedi Order is really a good idea. If he takes children from their homes for Jedi training, isn’t he still putting them in danger? Won’t the Empire continue to hunt them down?

Merrin makes a really good point. Having survived a horrible event where her people were hunted down and slaughtered, nobody knows loss and the impact of war better than she does. Thanks to her wise perspective, Cal ends up destroying the holocron. He realizes that he shouldn’t be the one to decide someone else’s destiny. Merrin’s also one of the first crew members to question his intentions, too. It’s not easy to be the first one to speak up and speak with strong conviction. 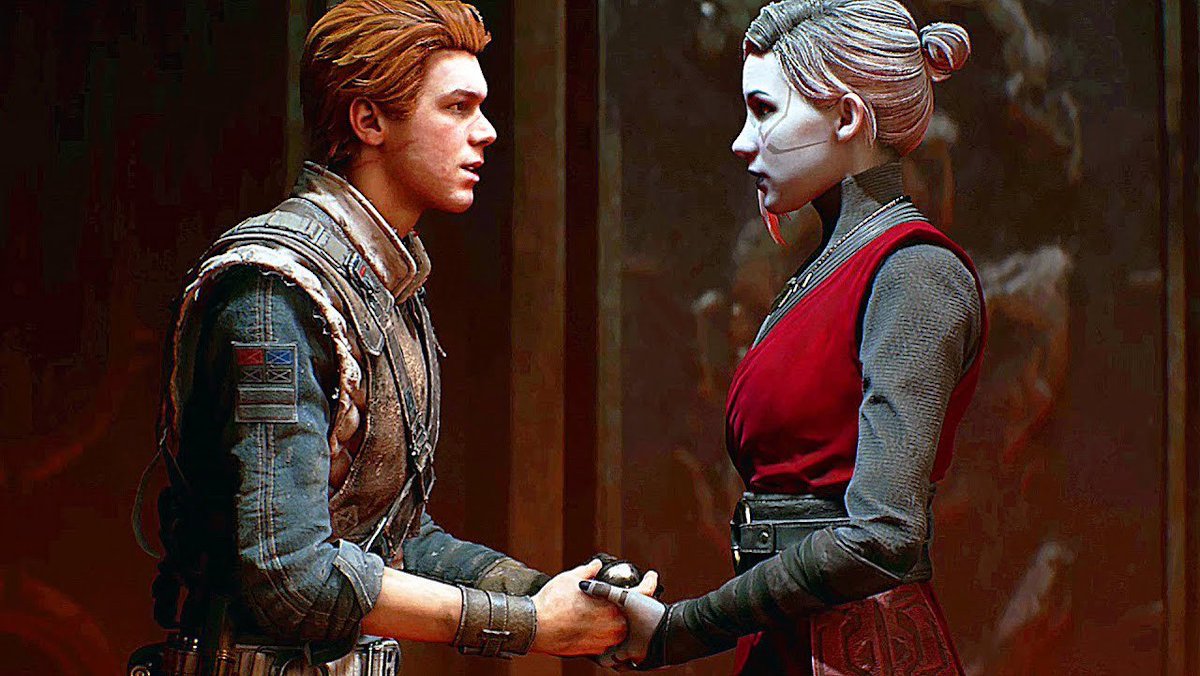 Merrin is a really kind and caring person at the core. After rescuing Cal from drowning, Merrin runs up to him and throws her arms around his neck. This display of love is so genuine. Even though she’s only known Cal for a short amount of time, she thinks of him as family, a major theme in the Star Wars franchise. She even forms a familial bond with Greez, whom she teases with great relish. The Mantis crew has become her found family. She’s the final piece of the puzzle and she fits in magnificently.

When we first meet Merrin on Dathomir, she’s bitter, angry, and will stop at nothing to avenge her dead sisters. She was, in a sense, shackled to ghosts of her past. After taking down Malicos and liberating Dathomir, she decides to join Cal and the Mantis crew. Though nightsisters and Jedi don’t typically link up and travel together, she understands that she needs to adapt in order to forge a new path. It’s a powerful move on her part. She no longer lets her past define her, which is in itself freeing.