The first female knight in the Seven Kingdoms. It has a nice ring to it, right? There were so many satisfying aspects of “A Knight of the Seven Kingdoms,” the second episode of the final season of Game of Thrones. But seeing Brienne of Tarth finally get to shine, and finally get to feel reciprocated love from a man she admires, is why she’s our Most Valuable Player this week. She was the heart of this episode, one of the greatest in recent Thrones history, so much so that the title refers to her big moment. In a series where women are often brutalized and humiliated by men, “A Knight of the Seven Kingdoms” was a welcome respite.

The episode saw the arrival of Jaime Lannister in Winterfell, the first time he’s stepped foot in the Northern hold since the pilot episode. Face-to-face with Bran, the boy he threw from a window to protect his incestuous relationship with Cersei, it was hard to imagine how things might go down. Would Bran tell Daenerys and Sansa that Jaime almost murdered him? Would Dany order his death for executing her father during Robert’s Rebellion? Instead, after Jaime had explained that he and Tyrion were duped by Cersei, Brienne leapt before the Winterfell council to plead Jaime’s case. 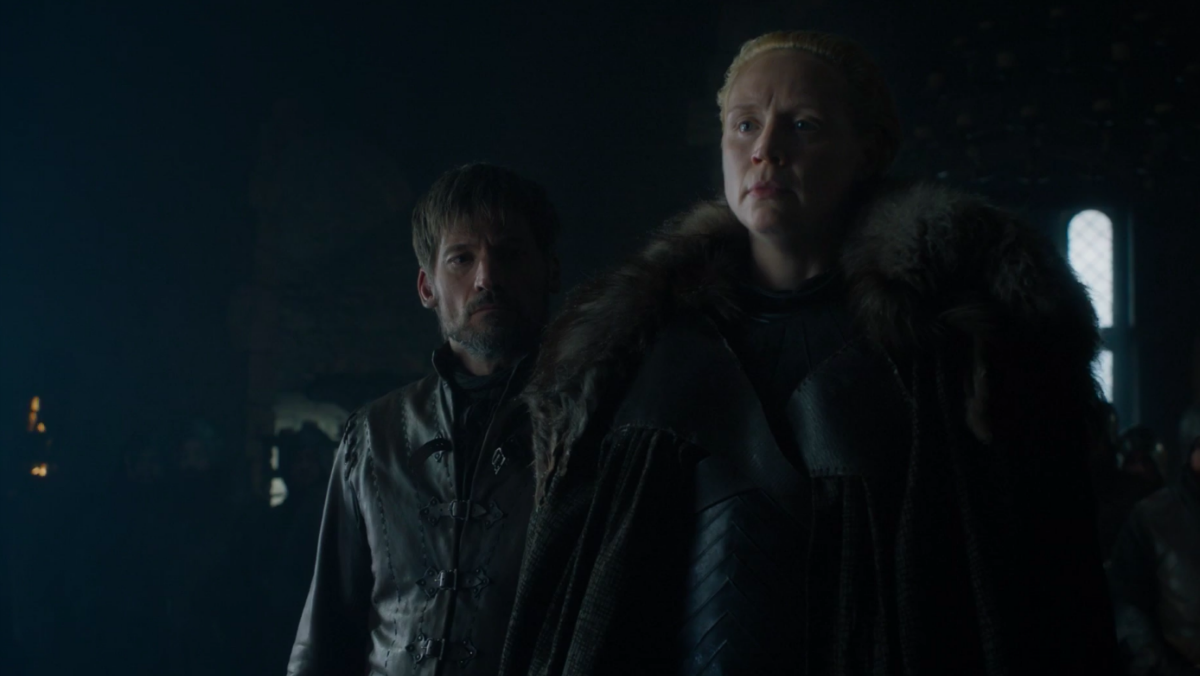 “You don’t know me well, your grace,” Brienne says to Dany. “But I know Ser Jaime. He is a man of honor. I was his captor once, but when we were both taken prisoner and the men holding us tried to force themselves on me, Ser Jaime defended me. And lost his hand because of it.”

Brienne then turned to Sansa and explained how Jaime is the reason either of them are alive. “He armed me, armored me, and sent me to find you and bring you home, because he’s sworn an oath to your mother.”

She easily could have left him to a more grim fate, but Brienne’s trust in and love of Jaime won out, and built on seven seasons’ worth of relationship payoff. The episode also showed Brienne’s affection for another man in her life: her squire, Podrick Payne. The admiration between all of these people led to the great sequence near the hearth, as a select few stationed in Winterfell gather before the Army of the Dead arrives, enjoying what could be their last night of happiness and company.

After Tormund, erm, delights the group (which includes himself, Brienne, Jaime, Tyrion, Davos, and Podrick) with a story about how he got the name “Giantsbane,” he asks why Brienne isn’t a “Ser.” Women can’t be knights because of tradition, she explains. When he scoffs at tradition, Jaime suddenly realizes that as a knight himself, he has the power to knight others. This leads to one of many tear-jerking moments in “A Knight of the Seven Kingdoms,” where Brienne kneels before Jaime and becomes “Ser Brienne.” It’s worth it for her happy face alone. 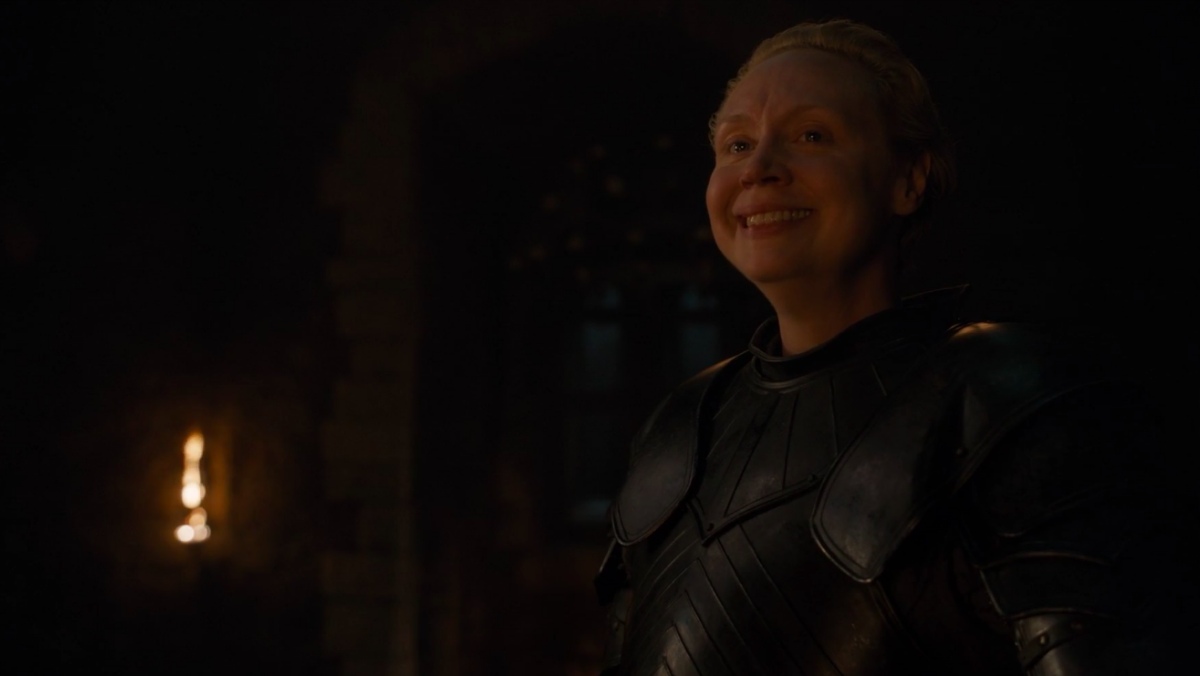 But it’s also worth it to see a room full of men look at Brienne with admiration and pride. She’s finally received the praise she never thought women like her were allowed to have. 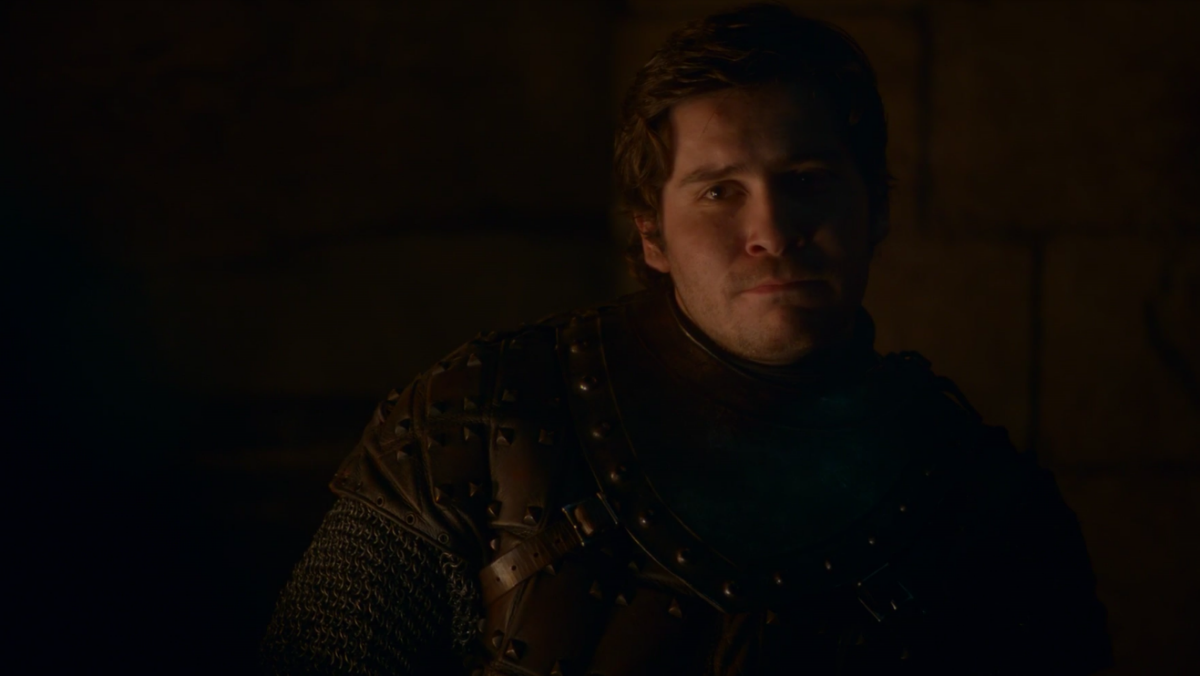 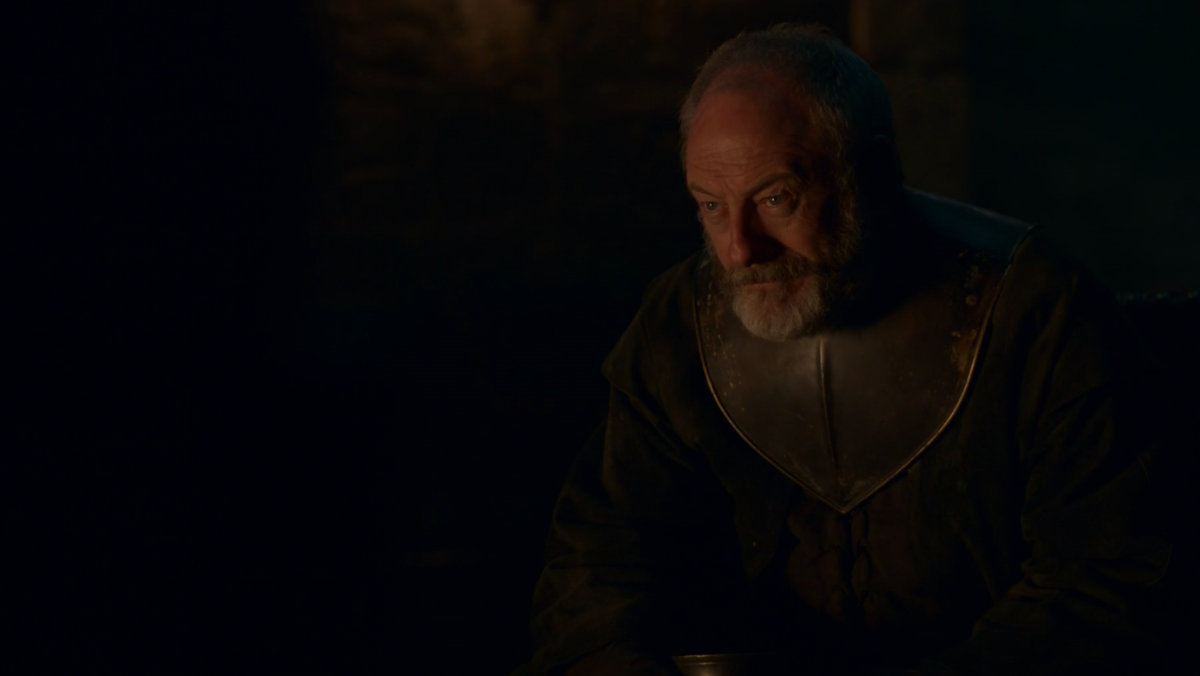 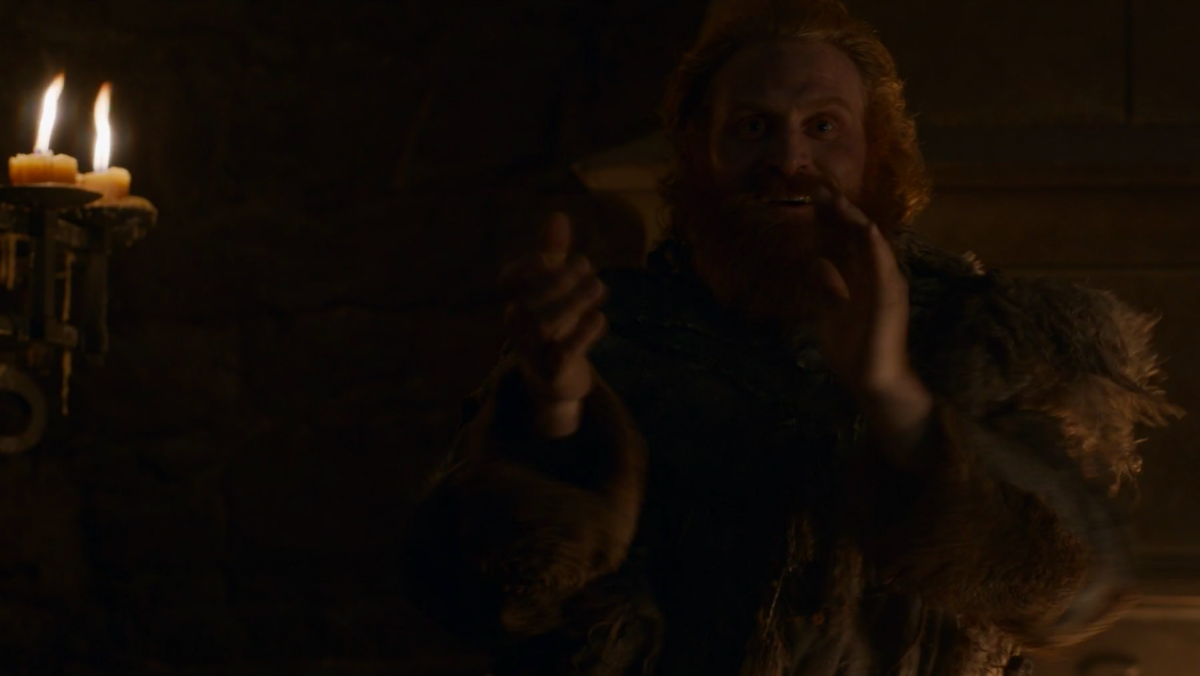 She also gets personal validation from Jaime, whom she loves. 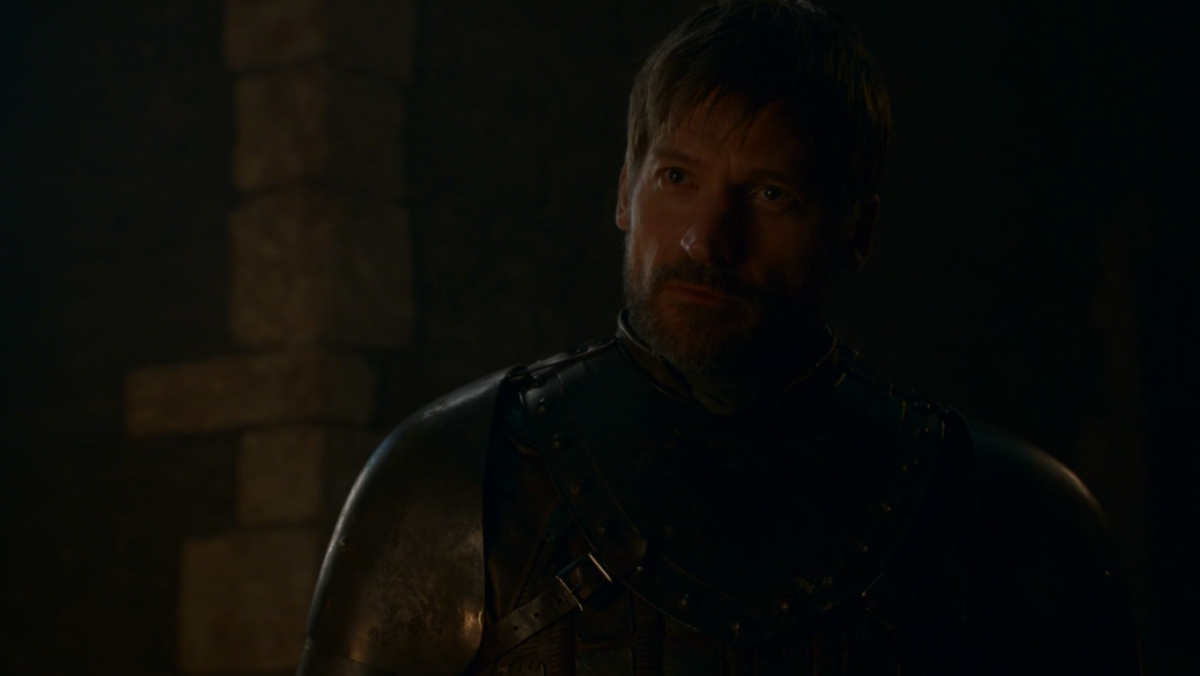 Of course, all of this happiness could be the calm before the deafening, destructive storm that is bound to be episode three. Now that the White Walkers have arrived at Winterfell, it’s hard not to wonder if Brienne becoming a knight was one last positive moment before a storm of death claims our favorite characters left and right.

That may be the case, but we’ll always have “A Knight of the Seven Kingdoms,” the moment when Brienne of Tarth got to feel as important as she is.