Did GAME OF THRONES' Song Introduce a Massive Plot Point From the Books? - Nerdist

Did GAME OF THRONES’ Song Introduce a Massive Plot Point From the Books?

Game of Thrones has a hearty history of songs, ballads, and bawdy poems. In the sophomore episode of the eighth season, Podrick sang an emotive new ditty which might have teased the future of the battles to come.

As the last bastion of Winterfell sat around and wondered what was to come in the long, dark night, Tyrion requested a song. After most of the group declined, it was Podrick, Brienne’s faithful squire, who delivered. Fans of the books were likely shocked when the first words that left his lips were “High in the halls of the kings who are gone, Jenny would dance with her ghosts.”

The line hails from a ballad known in the books as “Jenny’s Song.” It’s one of A Song of Ice and Fire’s most enigmatic and potentially (in this case) impactful riddles. Canonically, the only known lyrics from the song are the ones quoted above. Here we get an entire song, complete with an official lyric video and performance from Florence + The Machine. This might just seem like another chance for Game of Thrones to show off its celebrity fanbase, but the official title of the track, “Jenny of Oldstones,” actually hints at a connection to the future of Westeros. Particularly the vitally important prophecy of The Prince That Was Promised.

An interesting piece of Westeros history, Jenny of Oldstones’ story seems to be one that reflects the love affair which led to the birth of Jon Snow, A.K.A. Aegon Targaryen. The beautiful and strange woman claimed to be a descendant from the First Men. However, it was her marriage to Duncan Targaryen that would set off a series of events that changed Westeros forever. The pair were so enamored with each other, just like Rhegaer and Lyanna, they married against the wishes of their families; Duncan broke an engagement to the daughter of a Baratheon. During her time at court, Jenny introduced a wood witch, who prophesied that a union between siblings Prince Aerys and Princess Rhaella would lead to the birth of The Prince That Was Promised. 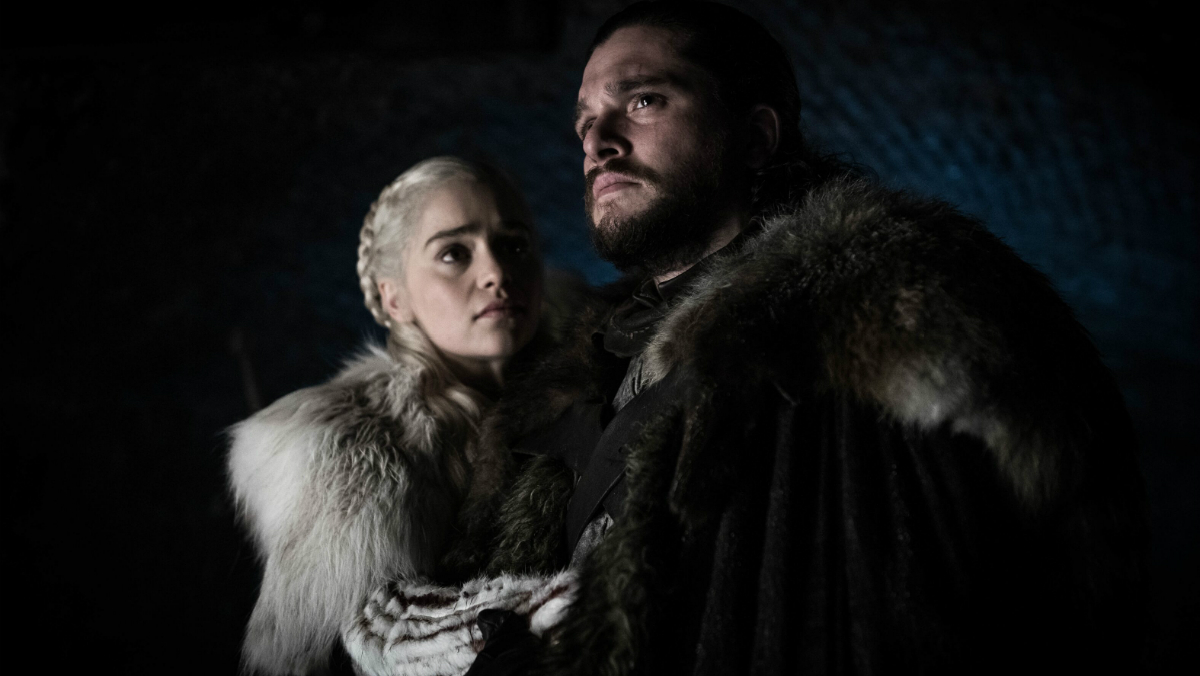 That marriage was swiftly arranged by the pair’s father and the rest, as they say, is history. Aerys was better known as the Mad King, the father of Daenerys Targaryen, and the great uncle/grandfather of Aegon “Jon Snow” Targaryen. It’s long been thought that Jon or Dany could fulfill this prophecy. Is this inclusion a nod at the prophetic words coming true? Or is it just a super fun Easter Egg for fans of the book? We’ll have to wait to find out, but we sure will miss getting to pick the epic lore apart when the season ends in just a few weeks. Prepare though, as if you watch the lyrics video you may uncover some serious secrets, as well as crying over some of the most emotional moments from the past eight seasons.

For more of Game of Thrones extensive lore, check out our complete histories.