Who Is SPIDER-MAN: INTO THE SPIDER-VERSE'S Spider-Man Noir? - Nerdist

Who Is SPIDER-MAN: INTO THE SPIDER-VERSE’S Spider-Man Noir?

Spider-Man: Into the Spider-Verse is going to introduce mainstream audiences to a ton of new Spider-People they have never met before, starting with Miles Morales and Spider-Gwen. But one character that is no doubt going to win everyone over is Spider-Man Noir, a hard-boiled 1930s-style detective Spidey, played by none other than Nicolas Cage. But just who the heck is Spider-Man Noir? Was he made up for the movie, or are his roots actually in the pages of Marvel Comics?

The character actually does originate from the comics, and has actually been around for less than a decade. Considering how long it takes most comic book characters to make the leap to the big screen, it’s amazing that Spidey Noir has had such a short time to become a fan favorite and into the movies. Making his first ever appearance in the Spider-Man Noir limited series, this darker, alternate history Spider-ManÂ is still Peter Parker, but became Spider-Man in 1933 in the midst if the Great Depression. In this version of New York, the big crime boss is Norman Osborn, a.k.a. “the Goblin.” Many of the Goblin’s goons are pulp fiction style gangster versions of classic Spidey bad guys like the Chameleon, Kraven the Hunter, and more. 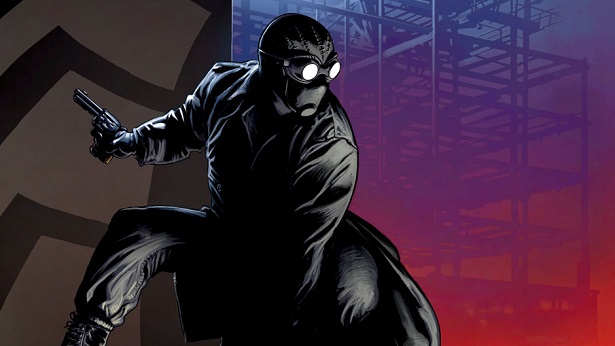 Peter is a cub reporter learning the trade from The Daily Bugle’s Ben Urich, and he winds up taking a hot tip on a story that leads him to aÂ warehouse where the Goblinâ€™s men are unloading a shipment of stolen antiques, one of which is an ancient spider statue. When opened, it unleashes hundreds of spiders, and one of them bites Peter, and when he passes out, he has a wild dream about a mythical spider-god. Once Peter wakes up, he finds himself upside-down in a black web of his own making. Realizing he has been gifted with arachnid abilities, he dons some old World War I goggles and becomes the vigilante Spider-Man. 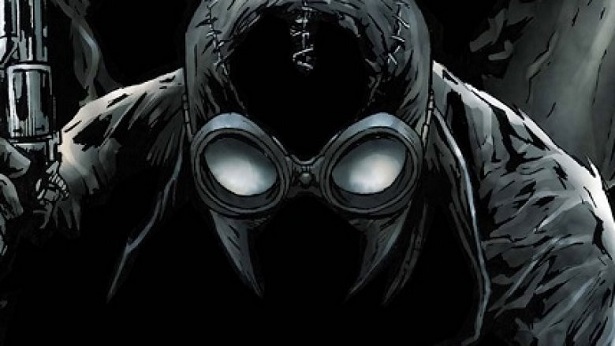 After the Goblin kills his mentor Ben Urich, Spider-Man decides to bring down the crime boss once and for all,Â with a little help from one Felicia Hardy, who in this universe isn’t the Black Cat, but the proprietor of the “Black Cat Club” speakeasy. After his initial limited series, which was part of an overall “Marvel Noir” publishing initiative, Peter Parker returned in Eyes Without A Face. This story shows Spidey taking on Doctor Otto Octavius, who in this world is working for the Nazis, and in true noir fashion, the second story ends on a very downbeat note.Spider-Man Noir would show up again in cross-universe capers like the Spider-Verse event comic from 2014, and the following year in the multiverse-spanning Secret Wars. He becomes part of a team of other alternate Spider-Men called “The Web Warriors,” and is currently appearing in the sequel to Spider-Verse, called Spider-Geddon. But even before he makes his big screen debut, Spider-Man Noir has already appeared in other non-comics media, starting with several episodes of Ultimate Spider-Man on Disney XD, where he is voiced by actorÂ Milo Ventimiglia. 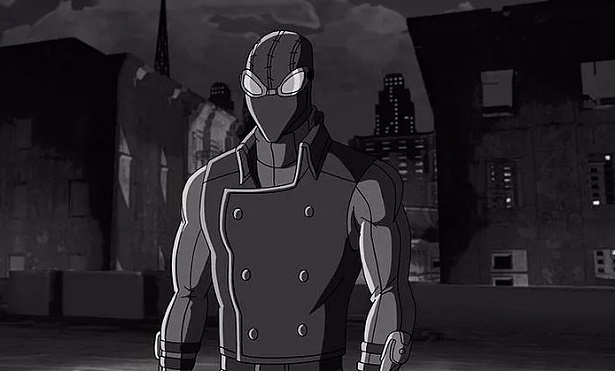 But more than on television, Spidey Noir has made several appearances in a ton of video games, where his a perfect fit, thanks to his distinct visual appeal. He appeared inÂ Spider-Man: Shattered Dimensions, voiced byÂ Christopher Daniel Barnes, who many will recognize as the voice of Peter Parker from the old ’90s animated series. He also shows up in Spider-Man: Edge of Time, Marvel: Avengers Alliance, and most recently, his distinctive costume appears as an unlockable outfit inÂ Marvel’s Spider-ManÂ for the PS4.With the Nic Cage portrayal about to bring the character of Spider-Man Noir to millions more people who will have never heard of him before, don’t expect Into The Spider-Verse to be the last time we see the gumshoe version of Peter Parker on the big screen, or on the small one. Whether it’s a solo spin-off project, an ongoing comic book series, or another team-up animated film, the future looks bright for this sepia toned version of everyone’s favorite wall-crawler.Are you as excited as we are to see Spider-Man Noir hit the big screen? Be sure to let us know your thoughts down below in the comments.