Here at Nerdist we’ve had a lot of theories about WandaVision. From Kang the Conqueror to Dormammu to Hectate to Samhain, we’ve pondered and theorized it all. But one thing we’ve been pretty sure of since the outset is that we’d see one of the best ’80s comics arcs brought to life with the introduction of White Vision. And as episode eight revealed in a shocking mid-credits scene, we were onto something. So here’s everything you need to know about this new Vision, Vision Quest, and what it means for WandaVision.

Who is White Vision? 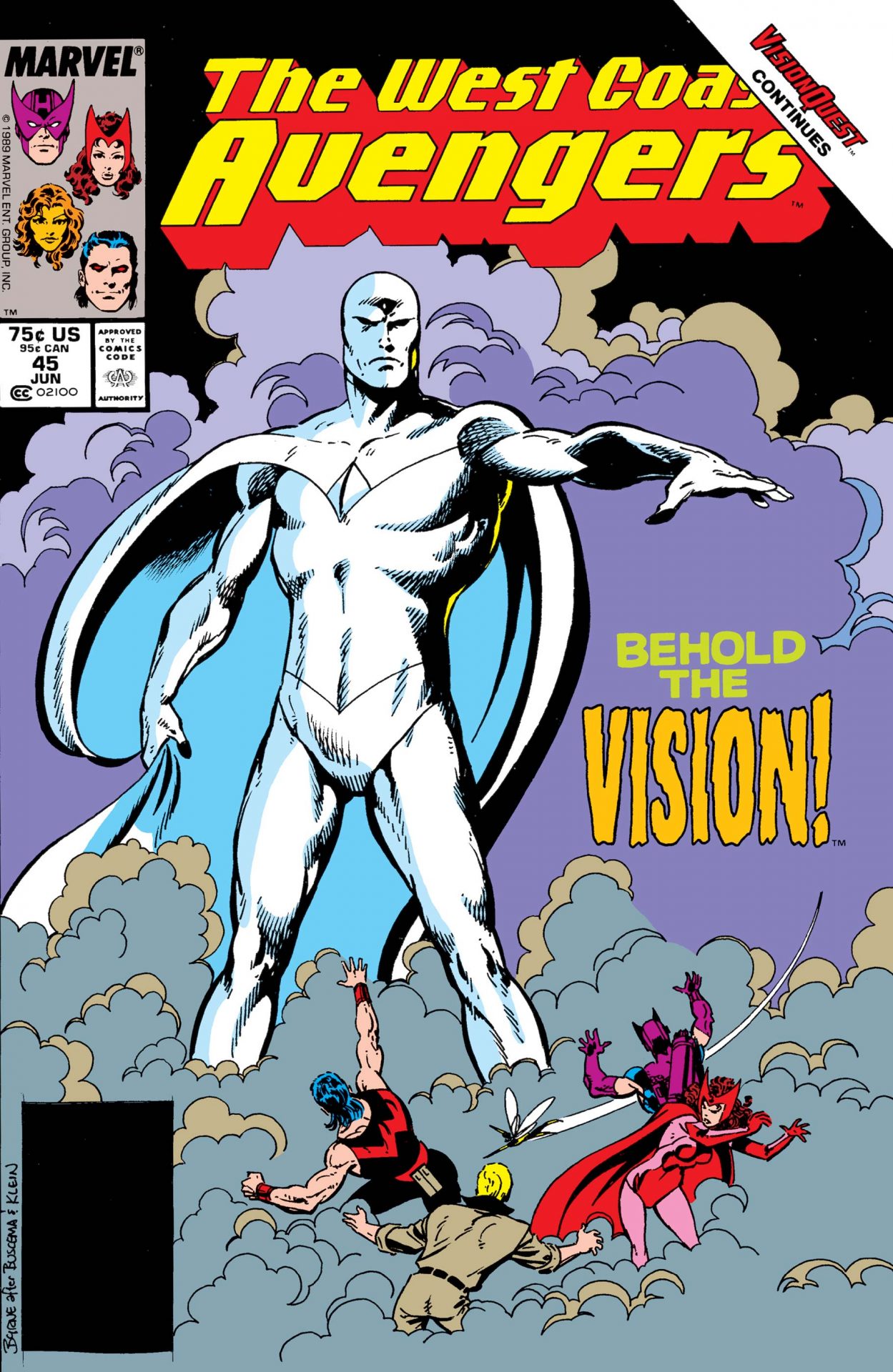 First introduced in West Coast Avengers #45, White Vision is a rebuilt version of the classic hero. Why did he need rebuilding? Let’s look to the West Coast Avengers #42-44 that make up the rest of the Vision Quest arc. It begins with Vision going missing and Scarlet Witch desperately trying to hunt him down. The team soon realizes he’s been abducted by a strange organization. It’s ultimately revealed that his dismantling is due to the actions of a Canadian spy and his international cohorts, who are terrified of the power he and the Avengers wield.

Under the guise of a KGB operation, they manipulated Mockingbird into helping kidnap Vision to erase his databanks. The purpose was to take all of the knowledge he had from that time he tapped into every computer system on Earth, now collected as a run called Absolute Vision. At first, Mockingbird believed she was helping to stop Vision from doing something like that again. But it soon became clear that the Canadian secret service was actually trying to erase Vision along with other global superpowers.

Understandably, Wanda wasn’t happy and enlisted Hank Pym and Wonder Man to help repair him. Sadly, when they first try to bring him back, Vision goes on a violent rampage. When he’s restored for a second time in his White Vision form, he’s almost himself. One thing is missing, though. His emotional connection to the world and to Wanda is gone.

The reasoning in the comics is simple: Simon Williams refuses to allow the Avengers to reuse his brain patterns to add his humanity and personality back to the synthezoid creation. This leaves White Vision as we’ll likely see him in the finale of WandaVision: powerful, intelligent, and entirely disconnected from humans and the woman he once loved. And that doesn’t bode well for a happy ending.

What happens after Vision Quest? 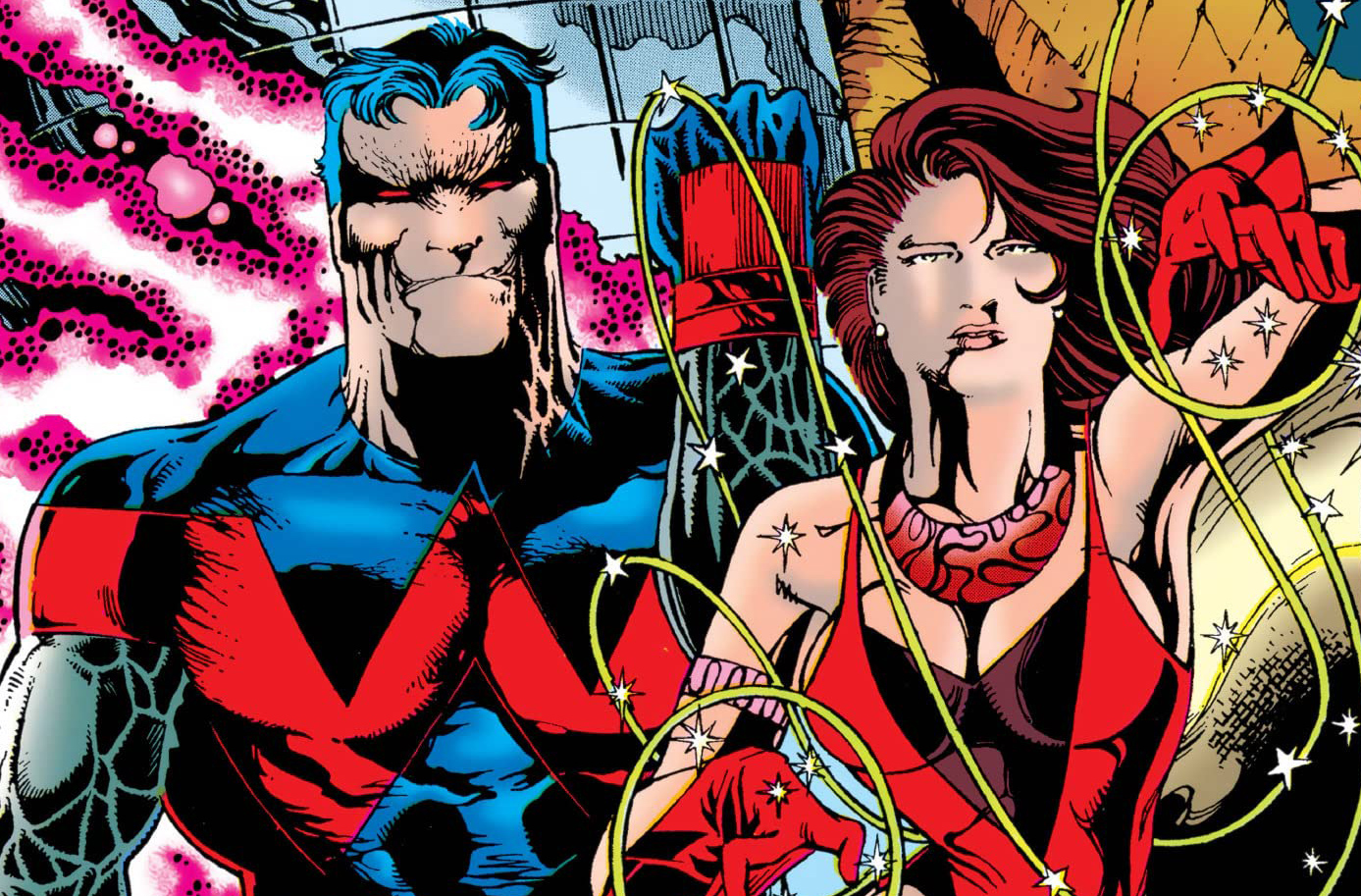 With Vision no longer the synthezoid she remembers, Wanda struggles to restore him. This quest puts her in grave danger. After the series switches titles to Avengers West Coast, things only get worse. Wanda is kidnapped and possessed by a group of power-hungry creatures who want mutants to rule supreme. Later, we learn why Simon Williams (Wonder Man) didn’t want to share his brain patterns with Vision. He wants Wanda for himself. The hero has fallen for the Scarlet Witch and hopes to replace the synthezoid with himself. The pair do end up having a relationship for a time before Simon dies at the beginning of Force Works.

This is also the period when the truth about Wanda and Vision’s twins are revealed as they begin to disappear whenever Wanda leaves them. Something else interesting to note—after his death, Simon Williams returns as a being of pure energy. That’s very similar to how we see Wanda create Westview Vision in WandaVision…

How could this affect the WandaVision finale (and the MCU going forward)? 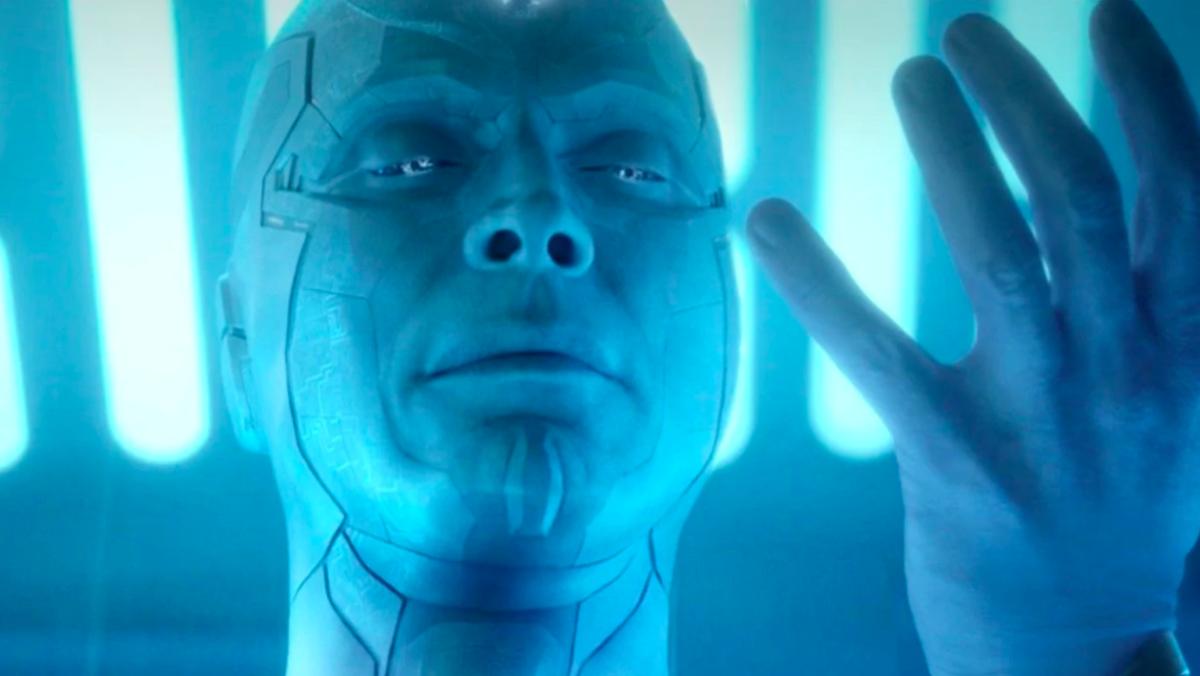 Massively. We’ve long suspected that Simon Williams might make an appearance; White Vision turning up seems to feed into that suspicion. Whatever happens, we will more than likely see White Vision as an antagonist first before he becomes an ally to Wanda. In the comics, while White Vision cannot feel love for Wanda, he always respects their relationship as man and wife. It’s likely that we’ll see Westview Vision stick around too. A simple way to end the season would be for the pair to merge, but we don’t think that will happen. In fact, it’s more likely that White Vision will join whatever new Avengers team we get going into Phase Four.

Something we know from the comics that will carry over is that S.W.O.R.D. won’t be able to recreate the unique personality matrix that Tony Stark and Bruce Banner used to create Vision. They had neither their research nor their databanks, and they definitely didn’t have the power of Thor’s Hammer. But S.W.O.R.D.’s White Vision does seem to have a miniature arc reactor in his head. There’s always a chance that they have Tony’s tech (*cough* Armor Wars *cough*). Which means we could see some unexpected humanity in this new Vision. But we wouldn’t count on it. 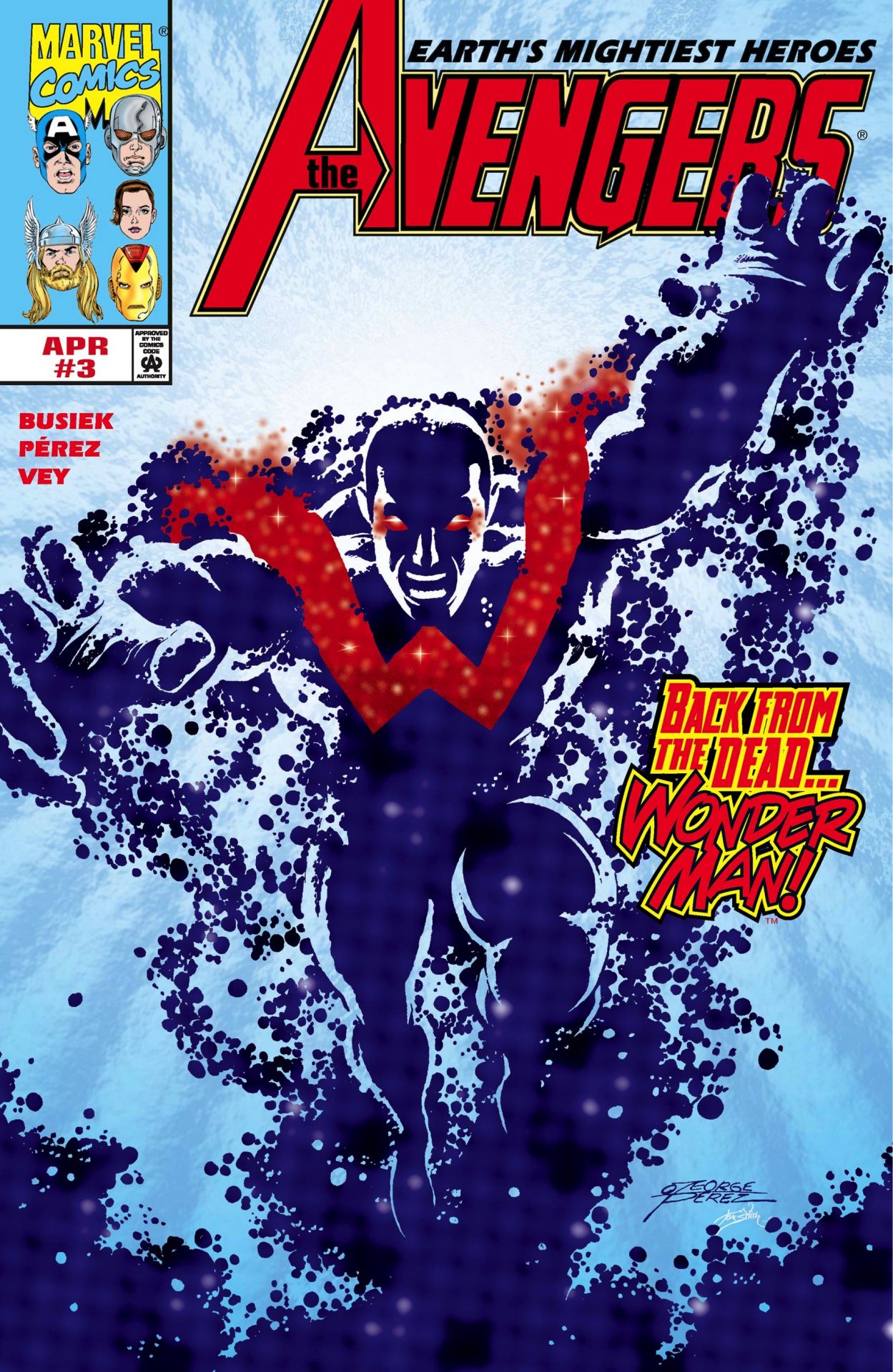 This would also be the perfect chance for the MCU to finally introduce Wonder Man. He could be a scientist who worked on White Vision. He might be an ex-Stark employee who was the original voice and mind of J.A.R.V.I.S. Perhaps he’ll be a random Westview inhabitant that Wanda grafts energy Vision onto so he can leave the Hex. Or maybe he really is Jimmy Woo’s missing person! Whatever happens, don’t be surprised if you hear the words “Simon Williams” in the finale.