WHAT WE DO IN THE SHADOWS Drops Silly Season 3 Teaser

When we last saw our favorite Staten Island-dwelling vampire quartet, they’d narrowly escaped certain death at the hands of the Vampire Council thanks to Guillermo, who revealed his true nature as a vampire hunter. That’s a lot to unpack as we head into season three of What We Do in the Shadows. We certainly have a lot of questions now: Are Nandor, Laszlo, Nadja, and Colin officially living as vampires exiles? What’s a vampire to do when their familiar moonlights as a vampire hunter? Are we headed for an all-out vampire war? Most importantly, are we facing the imminent return of Jackie Daytona?

We still have a few months to go before we officially learn what happened to the vampire crew. But until then, it seems they’re sitting tight, passing the time with a little fun. At least according to a silly new teaser, which features Nandor being as relentless as ever. Well relentlessly playing with a virtual reality headset, that is.

The 45-second clip doesn’t actually show us what’s to come in season three. But it’s nice to see everyone taking a breather after all they’ve been through. In the clip, Nandor is traipsing around a park virtually, taking in the sun and being just his usual amount of weird. In reality, of course, he’s staggering blindly down the dark hallway as Laszlo, Colin, and Guillermo trail behind him. To be fair, it’s an exciting adventure for those who rarely leave their Staten Island enclave—and spend zero time in the sun. (For obvious reasons.)

Missing from the group is Nadja, who we can only hope is absent due to Natasia Demetriou filming season three of Stath Lets Flats. Or, of course, Nadja’s busy checking in with her other one true love, Gregor. 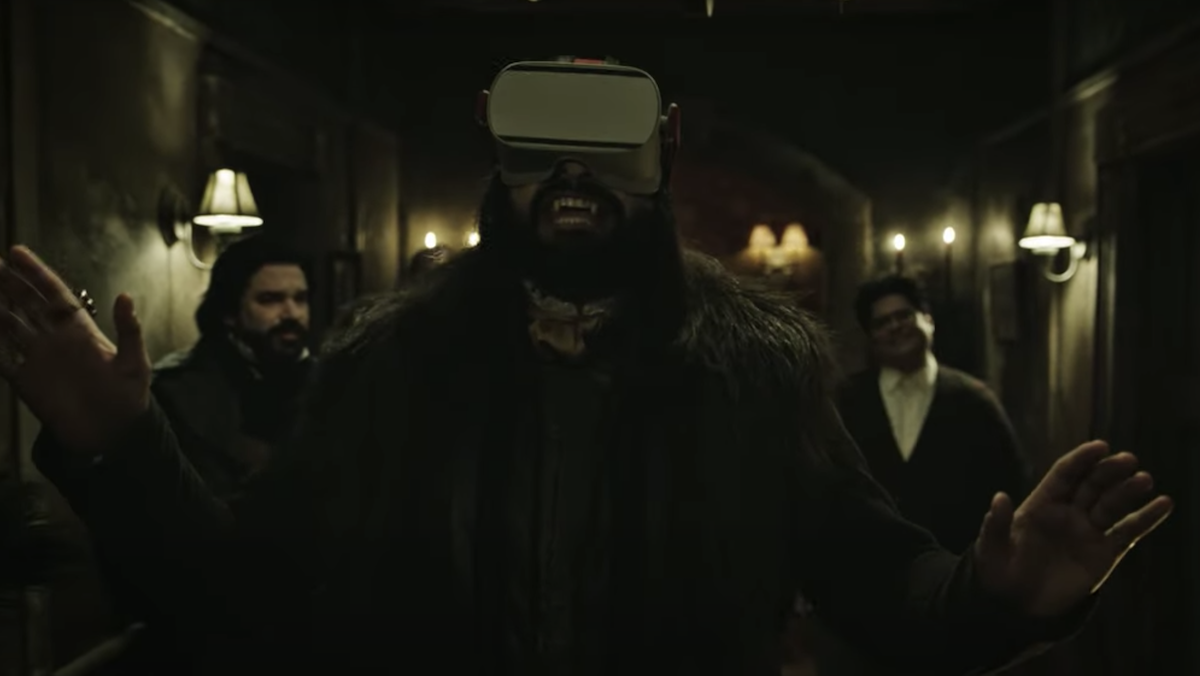 This is certainly the kind of silly goodness we need from the series as we await a first official look at season three. Which is hopefully coming very soon. What We Do in the Shadows returns on September 2 on FX.

TAGGED: FX Networks, What We Do In the Shadows, Matt Berry, Harvey Guillén